The map below is based on a list occupiers of agricultural holdings in the Nineteenth and Twentieth centuries from information given some eighty-five years ago by three senior residents of that time, being Noah Neal (b.1894) of Upper Weald,  Reuben Tompkins (b.1873) and Robert Miller of Lower Weald. Given the ages of those involved, this account must reach back just about as far as it is possible to go within the definition of an oral history. (Later additional update notes are shown in italics.)  Click on the coloured areas of the map to see the recollections of each farm’s history. 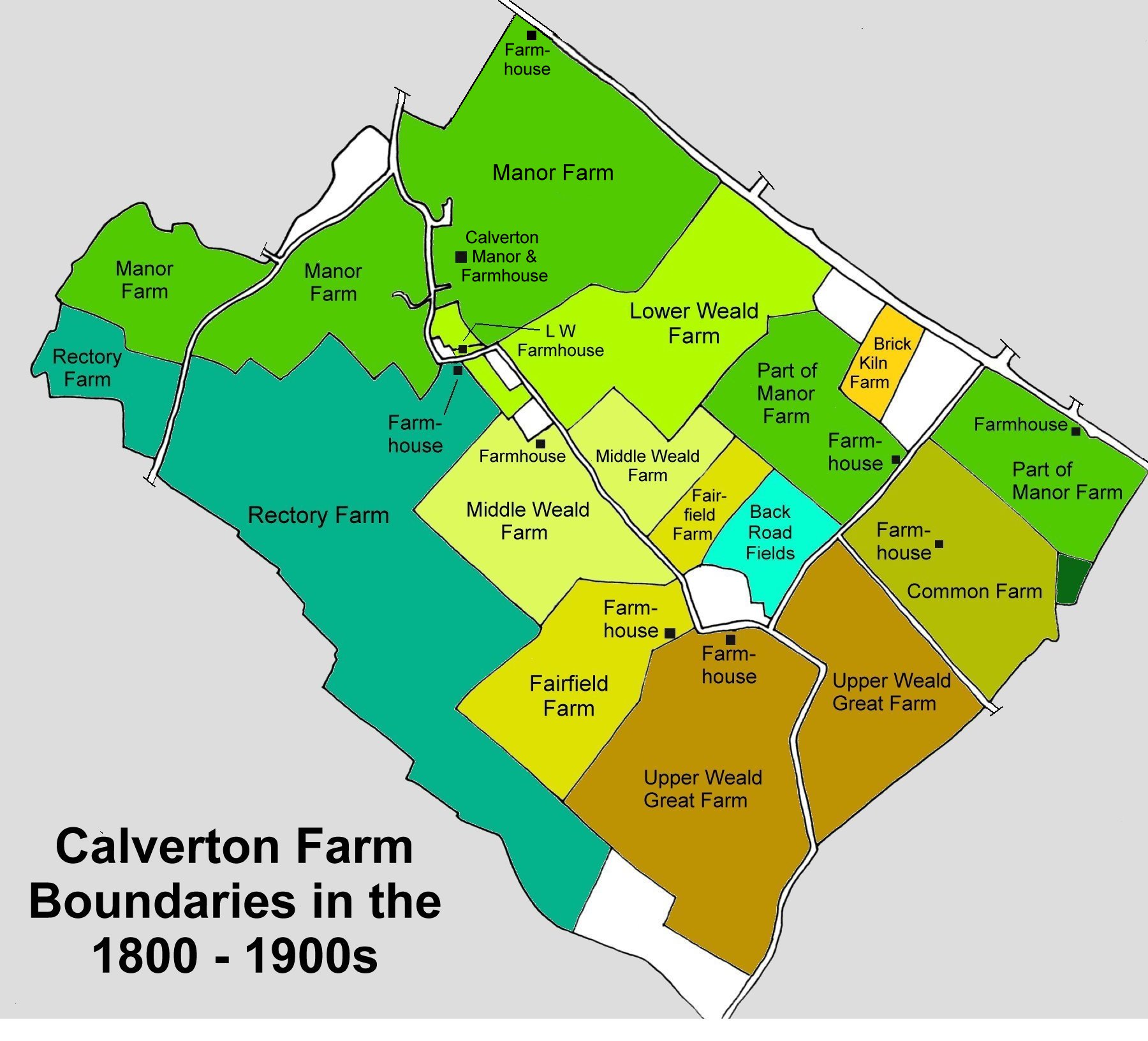 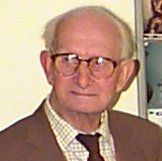 George Cowley was born in 1914 at Yew Tree Farm, Nash, and moved to Calverton in the 1920s. He lived with his parents and sister at Common Farm, Upper Weald until 1938, when they moved to Fairfield Farm. He went to Calverton Church of England Village School in Lower Weald from 1920 until the year it closed in 1924. Thereafter he was educated at Stony Stratford until 1926, and then at Wolverton County School.

In 1947 he married Edna Powell, of Tattenhoe Bare Farm, and took over the running of Fairfield Farm, some 275 acres of mixed farming. In 1966 he was instrumental in forming the Calverton Residents’ Association, which together with their legal advisor, Mr Neville Wallace, successfully fought to keep Calverton out of the proposed designated area of the new town of Milton Keynes, arguing that “it was one of the few remaining villages in the area with natural unspoilt beauty”.

After his first wife died in 1985, he married Ivy Maeger and continued to live in Fairfield House until his death in March 1998.