Our Relationship with the Countryside

Historically, Calverton has always been a farming community although here, as elsewhere, mechanisation and the use of contract hire has meant fewer and fewer local people are directly employed in agricultural activities. Nevertheless the pursuit and results of these activities continue to dominated  the environment around us in terms of the sights, smells, sounds and shape of our countryside. Whilst appreciating the beauty of our farmed landscape, far too many people have little or no knowledge of the farming practices which have contributed to its creation and continuing development. Here we hope to try and put this right by tracing the historic remnants of past activities so that all can appreciate how our environment has evolved to what we see today.

The map below was the first attempt by Dr Oliver Brown to systematically record the remaining ridge and furrow in the parish. It also identified possible medieval closes and in doing so started the more general interest in local history which eventually became the Calverton Records Project. 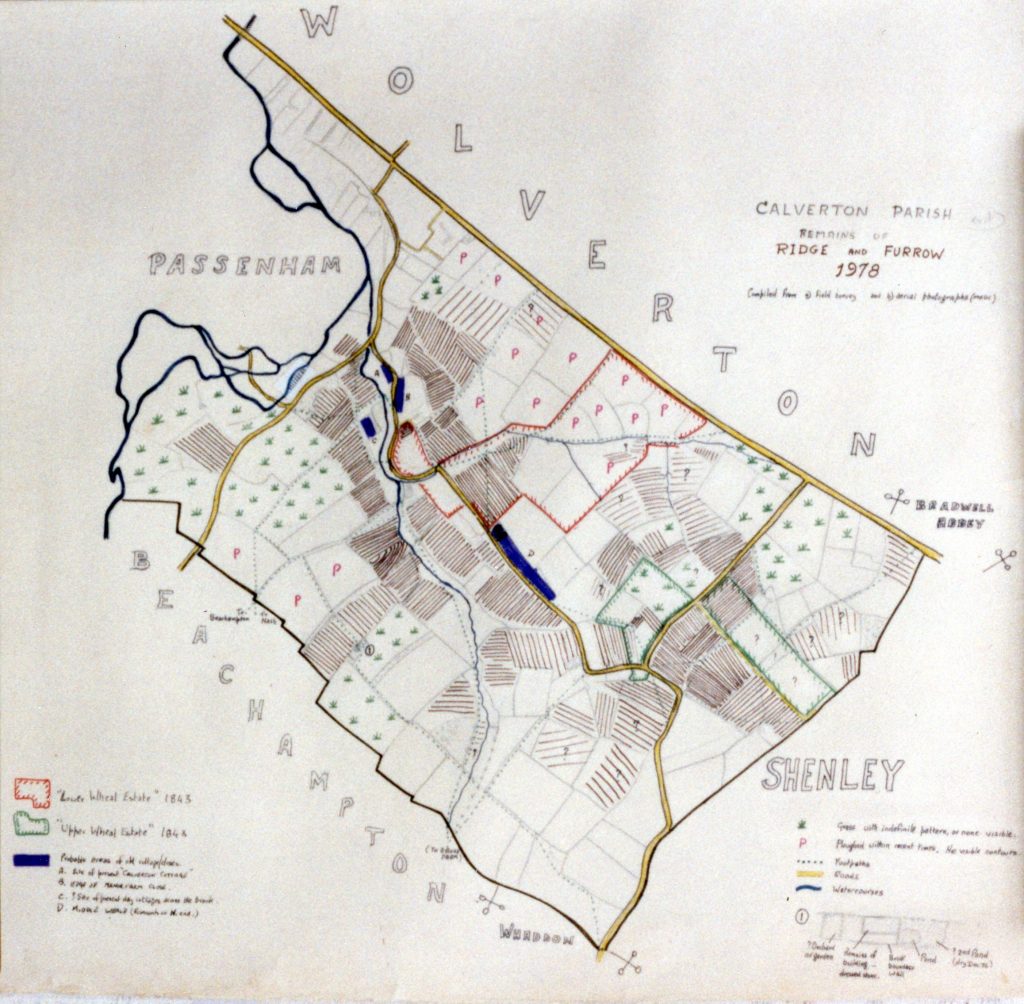 Under the title of the map Dr Brown says that it is compiled from two sources (a) Field Walking’ and (b) Aerial Photography – to which he adds the tentative rider ‘maybe’! That comment was taken on board by his close neighbour Keith Hope-Lang and was to become a major source of information and inspiration for the developing project in its early stages.

The aerial photograph which forms the backdrop to this website was an attempt to capture some the landscape qualities described above. It was taken in the early years of the Calverton Records Project whilst hanging out in the full slipstream of a microlight aircraft and long before Google Earth came along and made the gathering of such images simple, commonplace and considerably safer – see the original picture here

Today, sophisticated aerial and satellite mapping is available to the modern farmer to monitor crop yields just as much to the archaeologist seeking feint evidence of past field patterns and has added yet another dimension to the exploration of both built and cultivated landscapes, and which we also hope to make full use of on this site.