Unlike other deserted medieval villages, Calverton shrank rather than being totally abandoned and the crofts and their house plots were simply left to grass over as more and more land was turned into pasture for grazing. These house plots (known as crofts) can often be identified by ‘gaps’ in the usual pattern of  early ribbon development of habitation following the roads and track-ways. There are a number of examples identifiable from their remaining earthworks  in all three Wealds and in September 2000 a dig was organised to examine a group of three crofts in Crossway Piece, Lower Weald, which had been  identified from aerial photos and still visible earthworks. 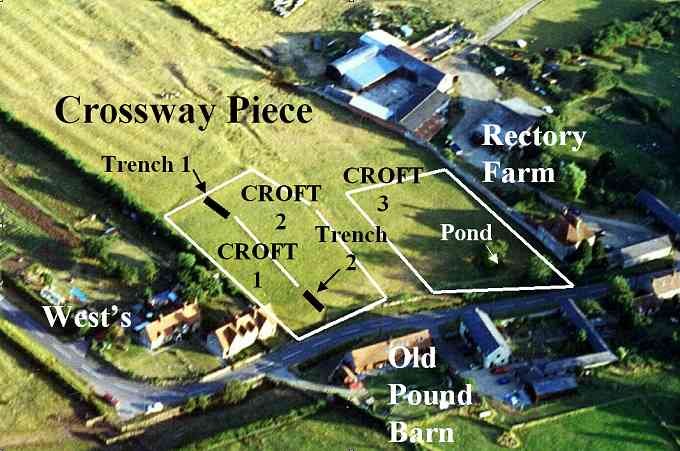 The field was surveyed and an initial investigation begun in the area of the dried-up pond (under the hawthorn tree near to the back of Rectory Farmhouse).

Some promisingly straight stone foundations turned out to be disappointingly natural, but a few sherds of pottery (c. 17thC.) were found and a rather splendid George III penny, but not much else. 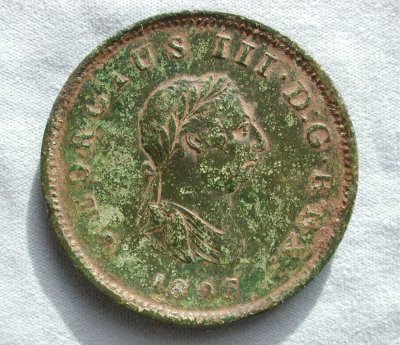 Subsequently it was decided to open up two trenches along the boundary between Croft 1 and Croft 2 (opposite Old Pound Barn).

The turf and topsoil were removed by machine ready for the diggers to start. The top trench (cutting across the southern boundary ditch of the enclosure) yielded some interesting metal finds including a belt buckle, iron nails and pieces of horseshoe which were made with the aid of a metal detector.

Early metal detector finds from trench 1 area including various nails, a fragment of a plate type ox shoe, a belt buckle and pin, and a washer and nail.

So work began on the trench nearest to the road. Our lady diggers normally put in about a couple of hours on a Sunday morning before having to rush home to cook lunch for the family. They were feeling pretty despondent having spent most of their allotted time clearing the first layer of topsoil, then, with about 10 minutes to go, they came across the first pottery finds. These were more than we ever dared hope for, some had patchy mottled green glaze others were coarse, obviously hand-made and looked very old. But how old? 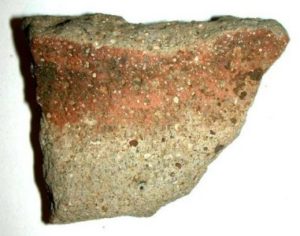 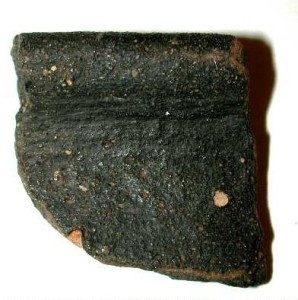 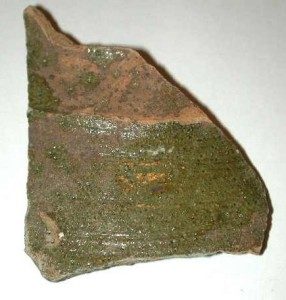 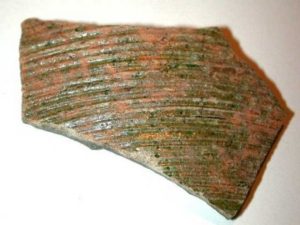 The finds were cleaned and then looked up on the Web to try and find a match. Unfortunately there was not much useful information but the mottled green glaze on some pieces did look as if it might be medieval. It was decided to enlist the help of local archaeologists who were very enthusiastic about the undisturbed nature site and the quality and variety of the finds. The bulk of the sherds appeared to be medieval with some Roman and Romano-British examples and a few from even earlier times.

The trench area was widened to follow the initial exposure of clear building foundation courses representing a multiple phases of occupation as they cut through and overlaid cruder earlier foundations. The width of the foundations  from both phases of building were similar to the wall thickness seen in local standing buildings meaning that they they could have stood to eaves level or might be the remains of  dwarf wall foundations to a timber single story structure typical of a Medieval Longhouse. To the front of the wall running down to the left hand corner of the photo can be seen the socket stone which formed the bottom pivot of a simple harr-hung door.

A cross section of the finds was submitted for specialist identification and we were staggered to hear that our rather hastily put-together selection managed to cover an extensive period from mid Iron Age (say c.300 BC), through to the 14th and 15th Centuries.

Most people interested in local history are proud to say that their village or town is mentioned in the Domesday book of 1086 and indeed the Parish of Calverton does have its own Domesday entry under the lands of Hugh de Bolbec. However, on the basis of present evidence, we can say that Village of Calverton has been inhabited for more than a millennia before that!