Milton Keynes Council’s Senior Archaeological Officer, Nick Crank again extended an invitation to Calverton villagers, members of the Calverton Records Project (CRA) and the Wolverton and District Archaeological and Historical Society (WADAHS), to view the latest excavations in the Whitehouse Area 10 development being carried out by contractors North Pennines Archaeology. 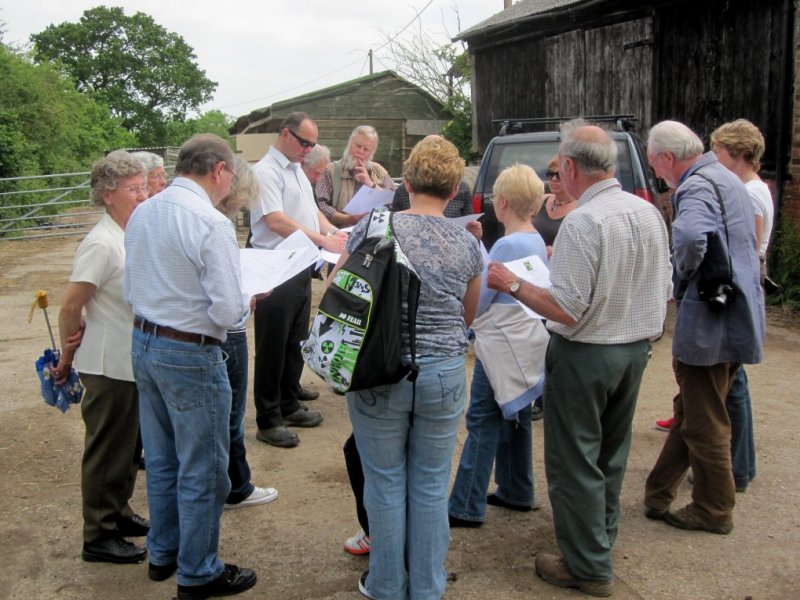 Members of CRP and WADAHS being briefed for site visit

Around 20 interested villagers including Sue Hadfield, Brenda Toothill, Maggie Toliday, David and Jeanette Lock, Stephen Peart, Dai Evans, John Lourie, Ron Cox and others from Stony Stratford assembled at Whitehouse Farm to be briefed by Nick Crank before setting out to inspect the new dig.

Once again we found a huge area of archaeological interest had been revealed by stripping off the top soil to show a grid of straight ditches as dark grey in-filled soil marks against the brown clay natural ground. 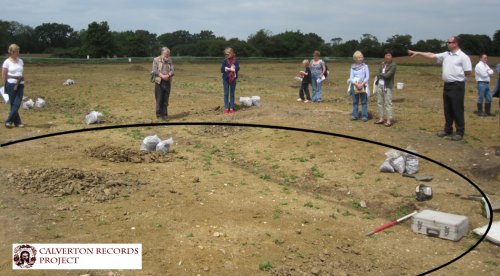 These marks were most probably the remains of ditches showing the layout of field boundaries or, in the case of smaller areas, possible animal enclosures.

In addition, there was evidence of the circular drip gulley of a traditional Iron Age Round House similar to that seen in the earlier excavations but with no evidence of central hearths and represented here by a photo of a typical round house reconstruction from Butser Ancient Farm. There was no evidence of any post holes indicated where the circular wall might have been within the drip gulley indicating either a piled turves or a cob (compressed earth straw mix) construction which leaves little or no trace. Alternatively, a wattle and daub construction based on shallow-set posts may have been used, evidence of which had long since been ploughed out along with any remains of a central hearth. 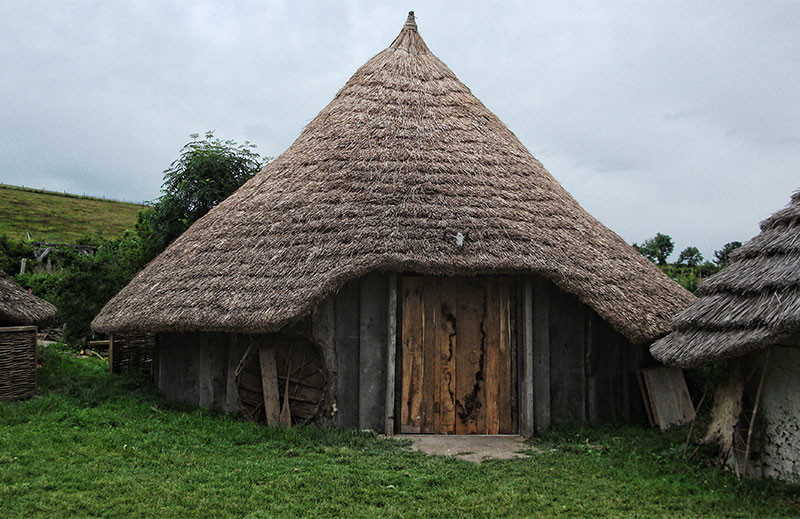 The other find of note was a classic piece of orangy-red Roman Samian ware with moulded relief decoration– a relatively high status object indicating the later dating of this small settlement to the Romano-British period. 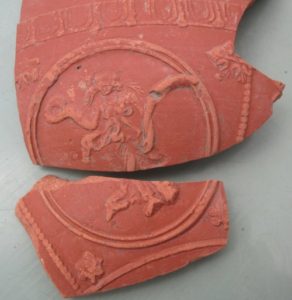 Associated potsherds from a Samian bowl