Why should we do it?

Britain’s field names are disappearing; they are being replaced by the numbers on the Ordnance Survey maps, which is all that the Ministry of Agriculture, Fisheries and Food requires now on forms.

Common Ground, an environmental charity, is very worried about this trend because names indicate that each field is distinctive. This is the very first point that they make in their pamphlet called A Manifesto for Fields.

This Field-Name Map must still be considered a draft which puts together information taken from the Women’s Institute’s Plan of Calverton 1965, conversations with the farmers of Calverton, and from Keith Hope-Lang’s original Calverton Historical Index  The information from this index has now been updated and incorporated into the the Interactive Millennium Map of Calverton.

The panel below records all of the field names found in the Parish of Calverton before the millennium; each one tells you something about the piece of land and differentiates one field from another. Some names are very old, and some are obviously more recent in origin. 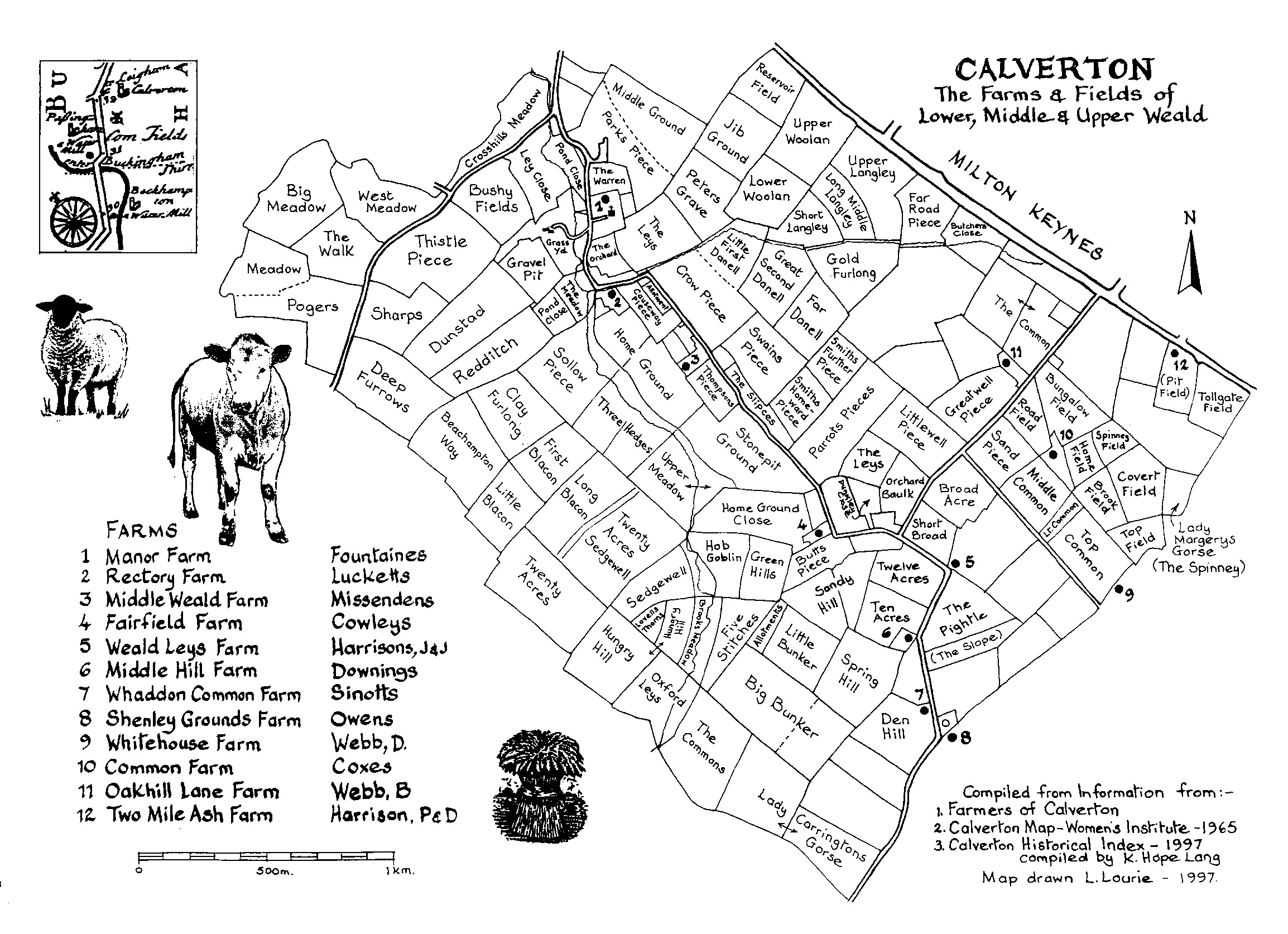 We have filled in some blanks since the map was drawn, but many fields still remain to be identified. However other more ancient names have come to light but we have no idea which fields they may belong to!  If you can help with either of these issues please use the feedback form below. Thanks