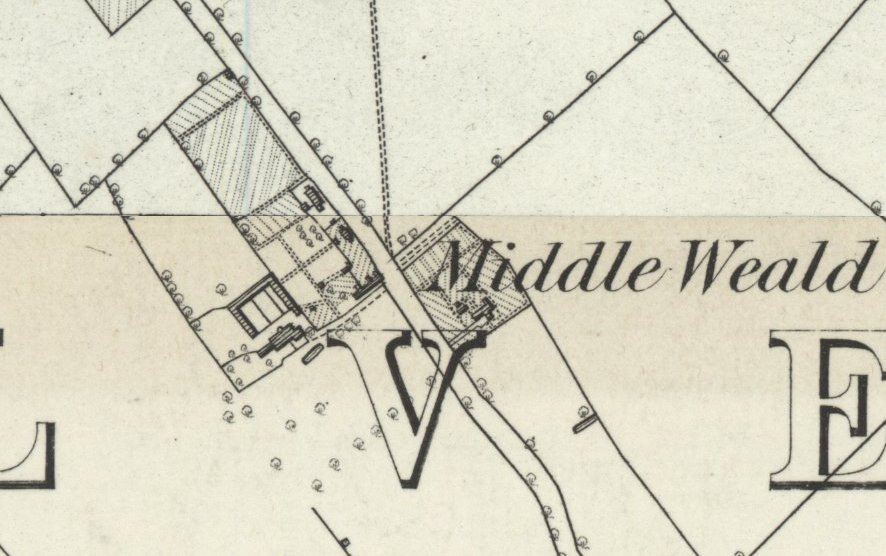 The hamlet of Middle Weald lies, unsurprisingly, halfway between Lower and Upper Upper and is centred on Middle Weald Farm and its associated agricultural buildings and cottages which were all part of the Egmont Estate until it was sold off after the death of the 10th Earl in 1933.

On the map, Middle Weald farmhouse is shown just to the left of the large letter ‘V’ with its farmyard and surrounding barns, cowsheds and stables immediately above it. The hatched areas represent cultivated gardens and the plain areas are the farm’s fields (although the strip of land running down from the right side of the ‘V’ was previously divided into a series of square house plots with associated gardens known as Crofts or Tofts which would have made the hamlet somewhat larger in earlier times).

This 1885 version of the OS map was the last to feature individually surveyed trees marking their positions in the fields or along the hedgerows. The map shows a number of tree alignments immediately to the south of the farmhouse (to the left of the ‘V’) which seem to indicate a previous enclosure. 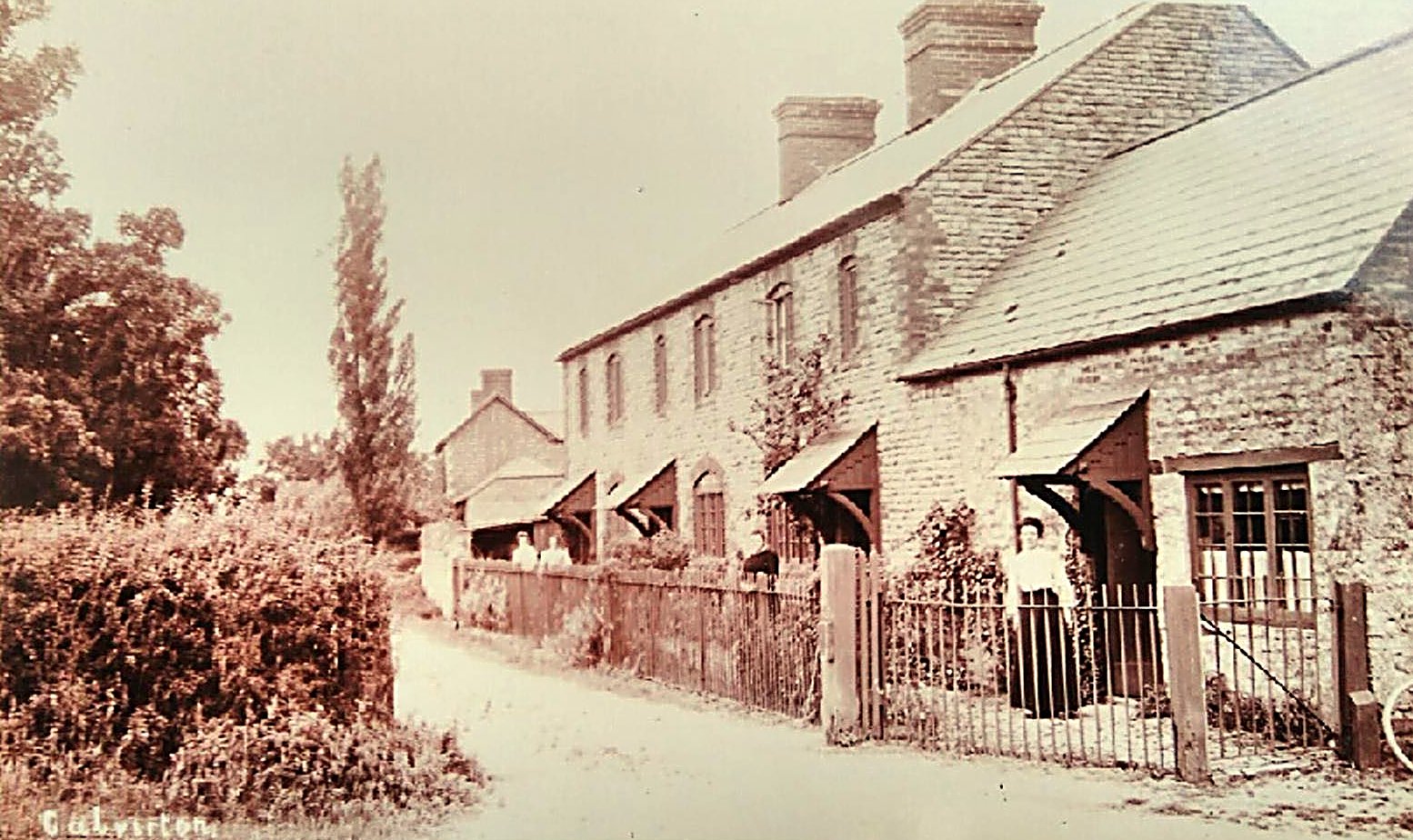 The cottages face the approach road leading to Middle Weald Farm. The farmhouse itself is just visible as the gable end in the distance. 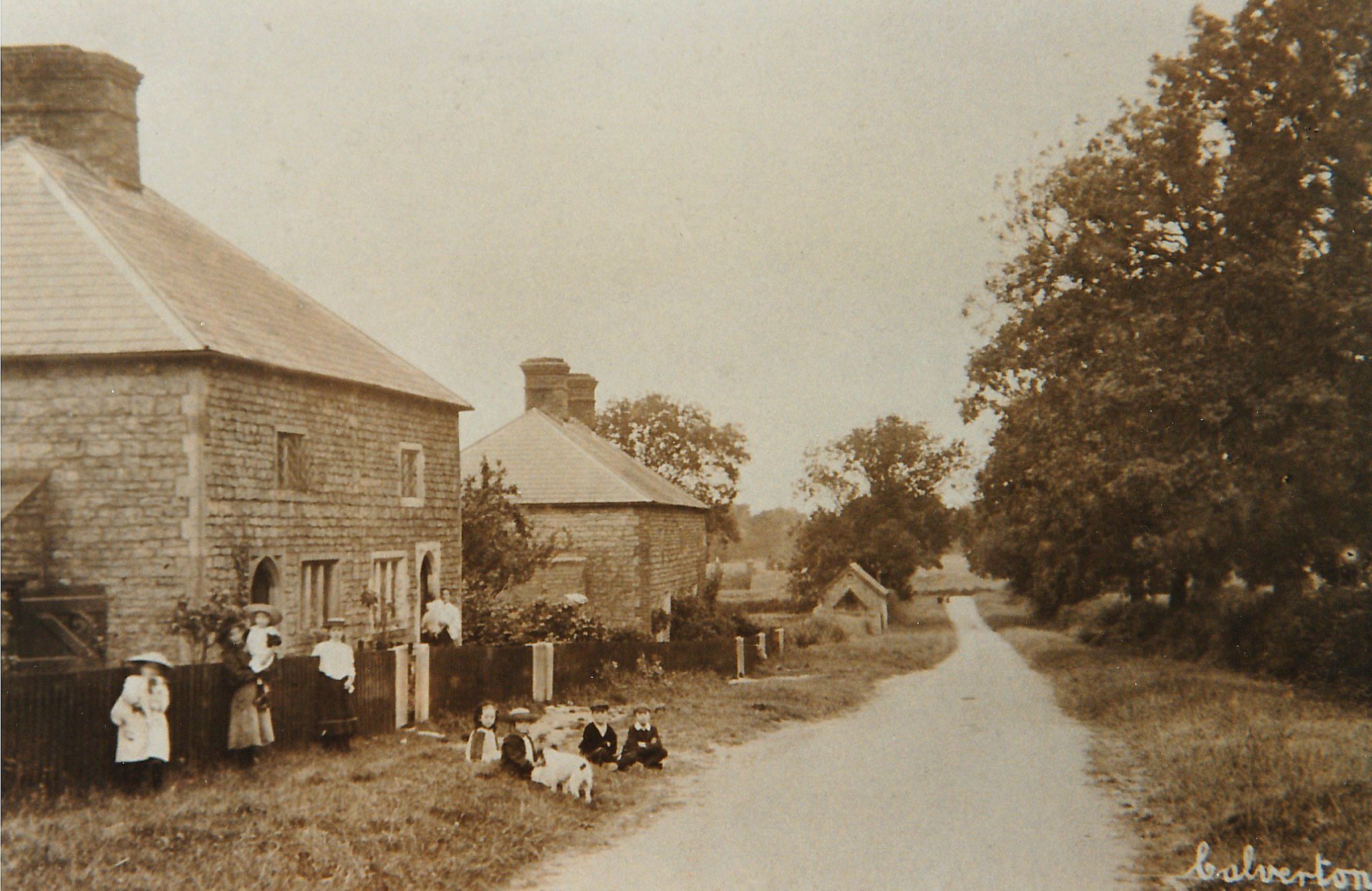 These two semi-detached cottages were built by the Egmont Estate to a good standard (in comparison to the earlier cottages shown in the photo below). The small building in the distance was a Methodist chapel. 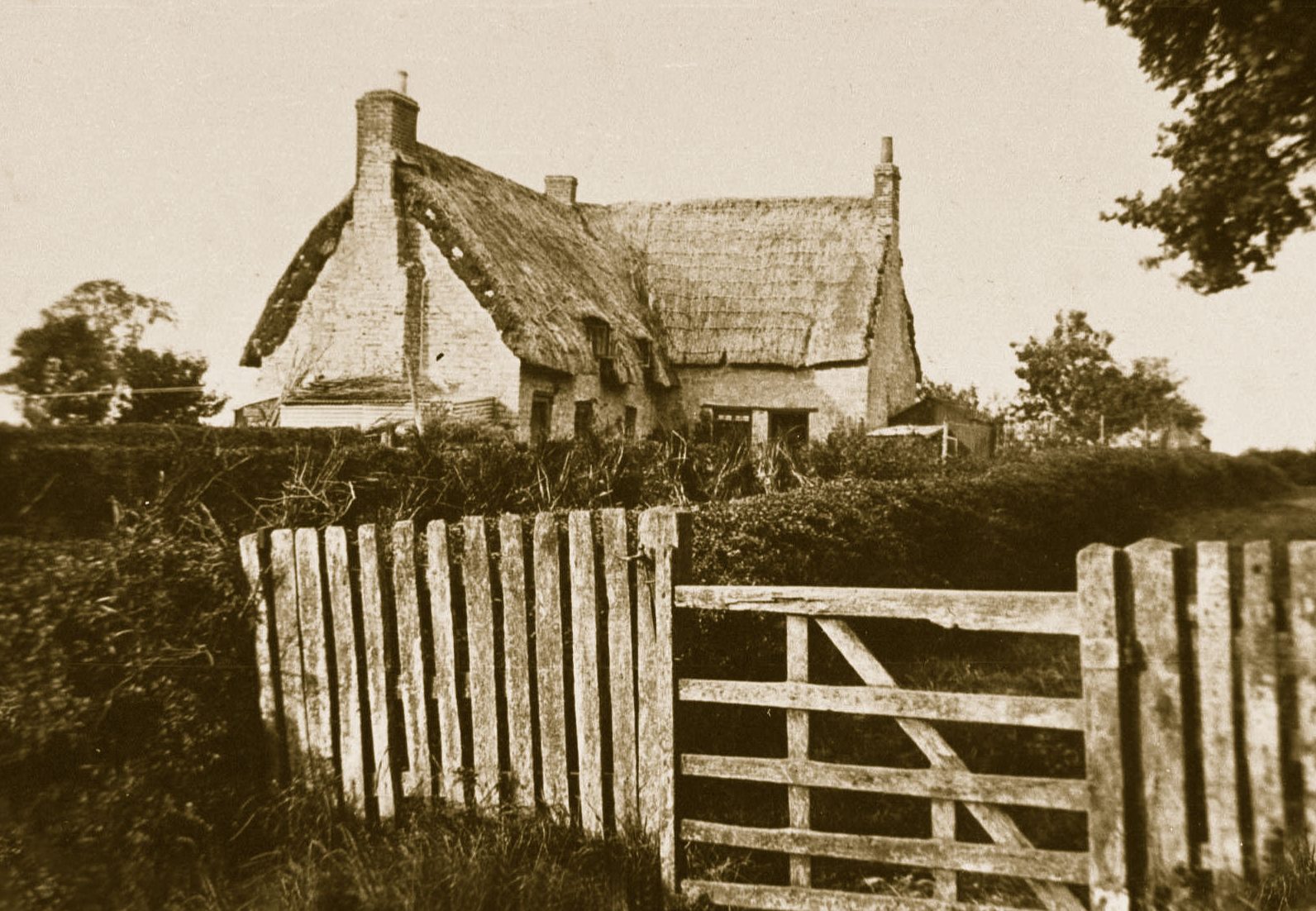 Thatched cottages on East side of Calverton Lane c. 1920

These are in fact two separate but co-joined cottages at right angles to each other with the right hand section possibly a later addition. However both were much in need of rethatching at the time of this photo in the early 1920s. 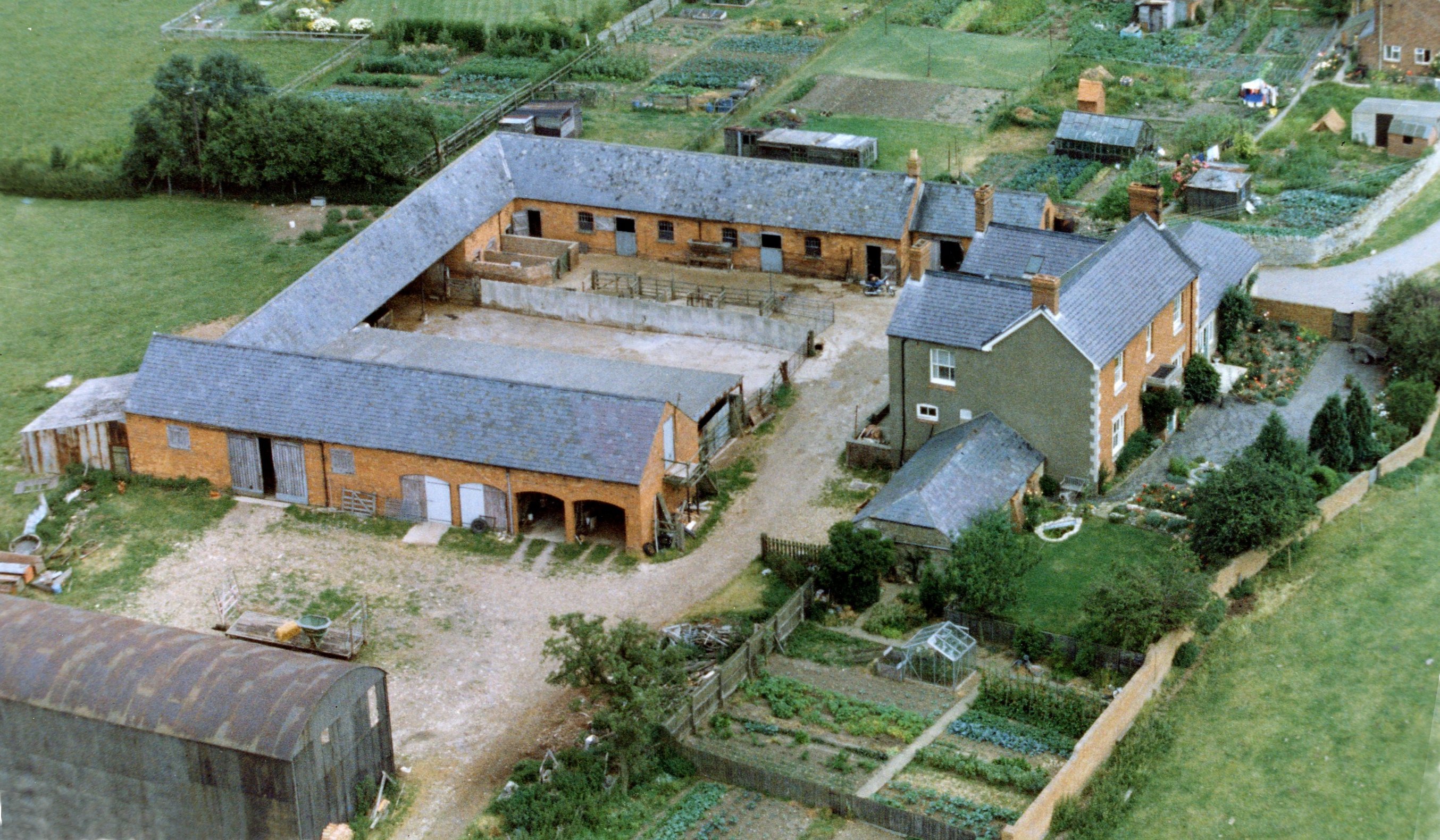