The Grand Union Canal (also known as the Grand Junction Canal) was built as a commercial waterway from London to Birmingham. Construction on the main line began in 1793 in Brentford. The section between New Bradwell and Old Stratford was constructed circa 1800.

The modern Aqueduct was constructed in 1991 by Edmund Nuthall limited for Milton Keynes Development Corporation.
It was designed by Pell Frischmann Milton Keynes Limited when it was decided to construct another grid road connecting North Milton Keynes to the Central Railway Station. It gave the engineers a few headaches and they could certainly have done with help from their Victorian counterparts. 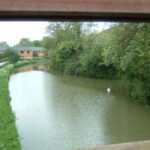 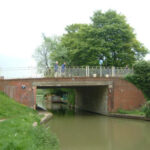 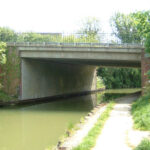 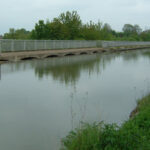 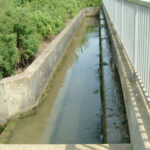 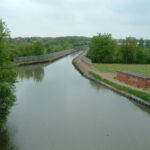 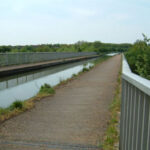 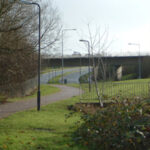