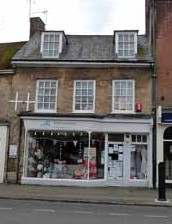 No 32 Market Place, 2012
Click on image to enter ODHS Buildings Database for this property

Number 32 Market Place had been owned by Mr Joseph Palmer since 1757 and ran as an ironmongry business, though in 1841 he had a young manager, Lawrence Lothvis running the business for him. By the 1880’s Thomas Cooper continued the same trade.

In 1890 two brothers from Colchester, JW & E Sowman took over the business. The 1891 Census lists John Sowman, ironmonger, and his wife Jane at No 33 (as it may have been numbered then). They put in a new shop front, later incorporating the premises next door. (Eventually they erected in 1904 a new building upon the current Number 33 site).

A tailor, William E Moss, then occupied the former ironmonger’s premises from about 1907 for some years. The 1910 Inland Revenue Survey records JW & E Sowman as the owners and W Moss as the tenant of the property. The 1911 Census lists Wlliam Earnest Moss, tailor, and his family living at No 34. However, Sowmans eventually took back their original shop, as their business continued to expand.

Being business premises there are no records of persons living at Number 32 in the 1936 and 1951 Registers of Electors.

The full history of JW & E Sowmans ironmongery business has been compiled as a separate article on this website and comprises two extensive parts (see link below). Sowmans business, which considerably expanded its business lines over the years, eventually spanned from Number 32 to 34 Market Place. 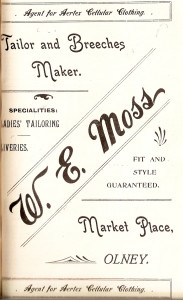 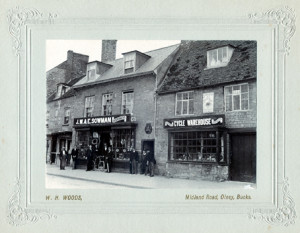 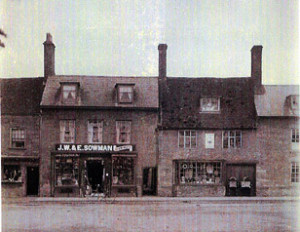 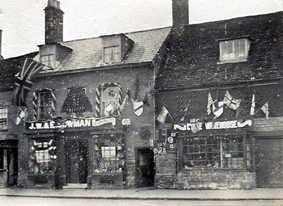 Click here for a direct link to the extensive Sowman article