John Field has kindly provided the ODHS with the following First World War army records for his grandfather Harry Field. Harry was not fatally injured during the war but was seriously injured  and taken prisoner by the Germans on 21st March 1918. He was serving as a 2nd Lieutenant with the 30th Machine Gun Corps, 21st Brigade, 30th Division near St Quentin in France.

The following is a transcription of Harry’s ‘Capture and Wounded’ Statement:

Early on the morning of the 21st March 1918 the enemy opened a very heavy bombardment of our lines with H.E. and gas shells. Owing to the exceptional heavy fog it was impossible to see more than twenty yards and therefore to observe the advance of the enemy infantry. At approximately 8am a party of Bosch attacked us from the flank and rear. During the hand to hand fighting that ensued I received first a smashed left arm which is still un-united, then severe hand grenade hand grenade wounds to the left hip and seat, and finally a bullet wound to the head entering ¼ inch from my right ear and emerging ½ inch beneath my left eye. I did not recover consciousness until what I judged to have been about four hours as night came on soon after. Several enemy soldiers were about but I was unable to move and lay close hoping our own troops would counter attack. Apparently I lost consciousness again for I do not remember much of the night or the following morning. At about 3pm on on 22nd March 1919 I was discovered by four Germans who carried me away on a great coat. No other officers were taken prisoner at the same time. 2nd Lieutenant T MORRISON of the same unit as myself was killed.

Notes:
1. Although obviously not relevant to the War Memorial, Harry’s records  are considered to be of general interest and included in this section as they are not covered elsewhere on this website.
2. An enlarged view of the Harry’s army records can be obtained by clicking an image.
3. Again, we would like to point out the detail contained in these army records which are now available online.

Harry was born in Olney on 29th July 1892 and attended Bedford Modern School. He was employed at Olney Station as a Railway Clerk. He married Rhoda Wright at Olney Parish Church on 7th November 1909 and they had one son, Stanley Archer.

Harry joined the Army, Bedford Regiment, on 2nd October 1914 at the age of 22 years. His records show that he was promoted through the ranks to Sergeant.He then applied for admission in November 1916 to an Officer Cadet Unit with a view to a Temporary Commission in the Regular Army. He appears to have been appointed as a 2nd Lieut on 26th April 1917 in the Machine Gun Corps.

From the 1911 census, Harry’s grandson John Field learned late, and after the deaths of the people he could have asked, that his grandfather, Harry Field, came from Olney and was married to Rhoda May Field, which was not John Field’s grandmother’s name.

John Field, had always assumed that he was part of a Lancastrian family and was somewhat surprised to find that he wasn’t. Harry had upped sticks and left his wife and son in the early 1920s, but the reason why remains a mystery. Harry never spoke much about those days when alive. It was only in 2003 after John’s grandmother had died that the younger members of the family found that she and Harry were never married; because Harry had never divorced. It is now known that Harry’s wife had died before John’s grandmother and that his son Stanley Archer Field married Georgina Berrill, both of which have since died. 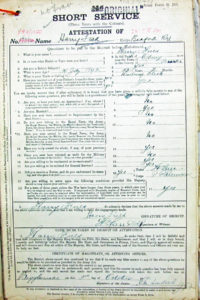 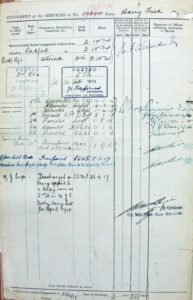 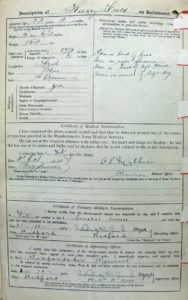 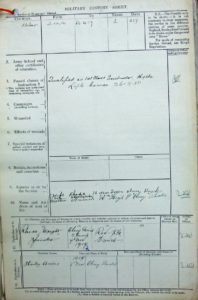 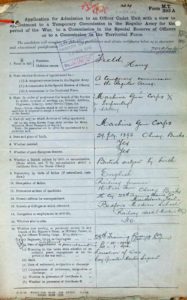 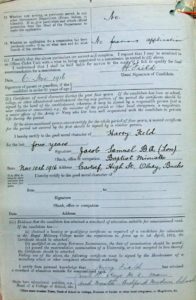 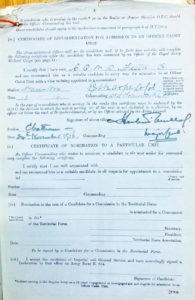 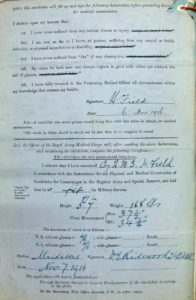 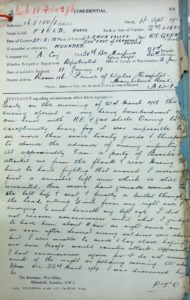 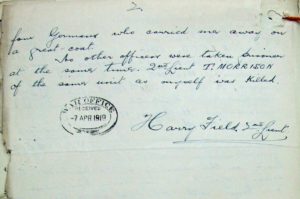 A transcription by his grandson John Field 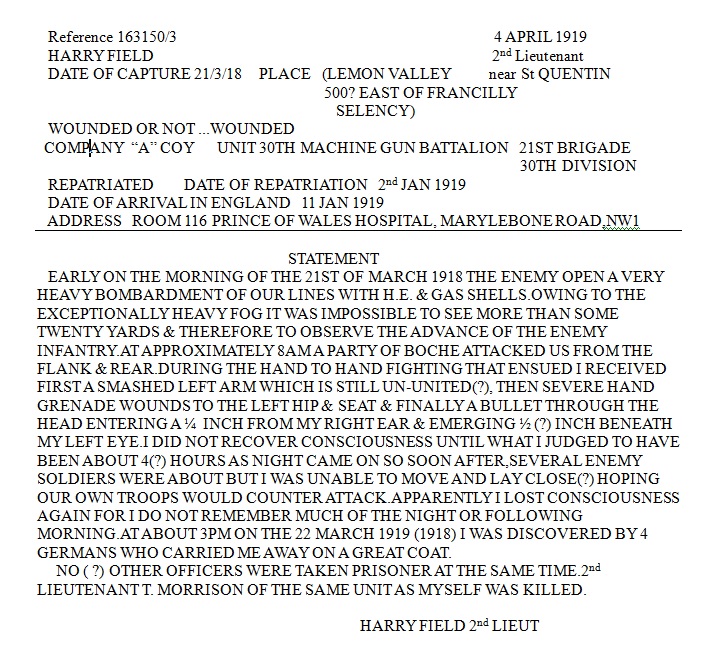 11. A transcription of the Statement
by his grandson John Field 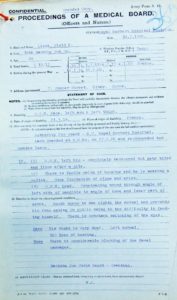