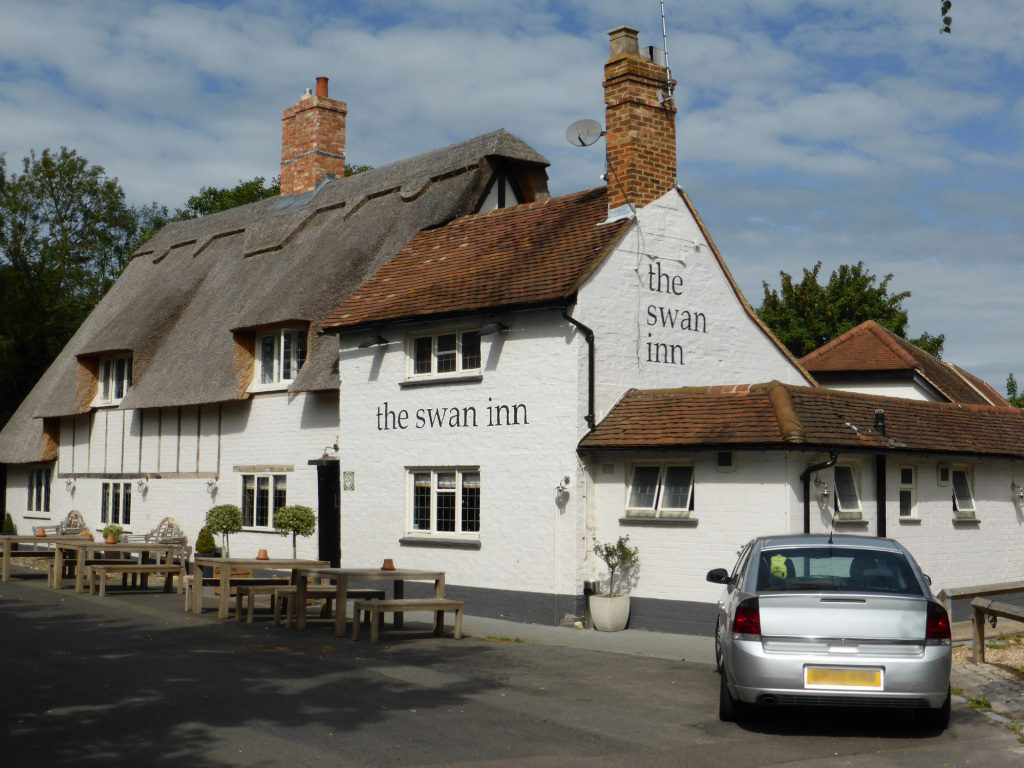 It is thought that the Swan Inn has served the village of Milton Keynes since 1550, and the present building dates largely from the 16th and 17th centuries. Its position at the convergence of the roads leading to Willen, Broughton and Walton make it the natural centre of the village.  The licencee in 1827 was Daniel Goodwin and as shown by the census returns in 1841 James Bird, in 1851 and 1861 Thomas Pinkard, in 1871 Mary Pinkard (his wife), in 1881 and 1891 Harriet Deacon, in 1901 Sarah Higgins Oakley and in 1911 Arthur Kemish Bird.

The Inn lost its thatch in 1970 in a disastrous fire, but was fully restored. Sadly, fire visited the Swan again on the afternoon of Wednesday 7 December 2011. The damage was very similar to that suffered in 1970, but happily not all the building was affected, and the Swan was able to re-open for business on 23 December using the restaurant and part of the original bar. It re-opened fully on 23 November 2012 with a big celebration for all its regulars. Its reconstruction was complete and the Swan was able, once again, to offer its traditional hospitality.