The son of John, an agricultural labourer, and Caroline, Benjamin had four brothers and a sister. He married Kate Maria (nee Middleton) in December 1905 at Hardwick, and had four sons, Hubert, Cecil in 1908 (born in Kettering), John William in 1911, and Frederick Allen in 1914. The family were living in Vicarage Street by 1911.

He was working for Miss Pain at ‘Woodlands’, Aspley Hill, as a gardener and groom, when he joined up in 1915, aged 37, although in his army records, which survive at the Public Record Office, he gave his trade as ‘Motor Driver’. His medical records say he was 5′ 6″ tall, 126 lbs and of good physical development. He went to France on the S.S. Glendevon, from Avonmouth to Rouen. He had one entry in his Disciplinary Record, on 6th April 1917, when he was fined a days pay for speeding in his lorry at the front.

He was wounded on the 2nd August and died two days later, at 11.45am, at 32 Casualty Clearing Station. Captain Winsland wrote to Kate, and told her Benjamin had been in his lorry at the front when a shell burst alongside, wounding him in the side, right arm and left leg. First aid was given by a doctor who was travelling in the lorry at the time.

A memorial stone at St. Michaels says he was 39, but army records say he was 38. He is buried in Brandhoek New Military Cemetery, Belgium. Listed on the Woburn Sands Memorial. Kate Maria died in 1957. 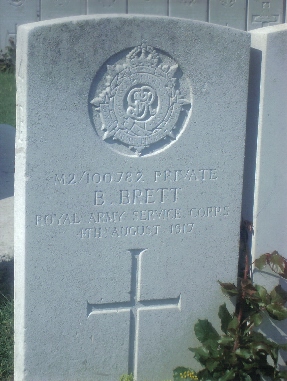 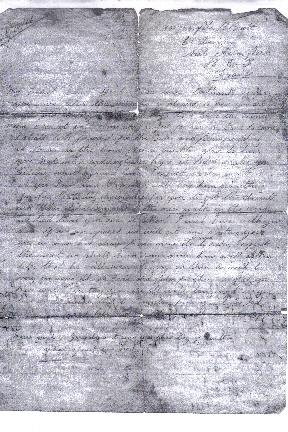 I am indebted to Mr G. Metcalfe for allowing me access to his family archives to copy documents and this letter sent by Benjamin to his son, Hubert, on 25th October, 1916. It reads:

My Dearest Son
Just a few lines to thank you for your nice letter this morning. So pleased to hear you are well and that you are good boys and save all the money you earn, it will come very useful for you in time to come. I shall look forward for the cake and plum pudding at Xmas as the time goes so quickly. Glad to hear you had some wedding cake, hope it didn’t make you bilious, what a grand time, I expect Allan went. Oh yes, I am sure Dear Mother will buy him something for his birthday, how nice for you to get the chestnuts. Ask John if he remembers the nice walk in the woods we had, [the] time you was at school. I wish I was with you now, if we are spared, we will get some another year. Yes, we have had sharp frosts, now it’s turned to rain. I expect the next we will have some snow. How will Allan like that, he will want leggings on, then he must be very amusing. Thank Cecil and John for theirs, so glad you have wrote. Trusting you are all well, longing to see you again, love to Dear Mother and to yourselves from your loving Dad. Goodbye and [……] How good of Grandma to send you that leg of mutton. What a feast you had. 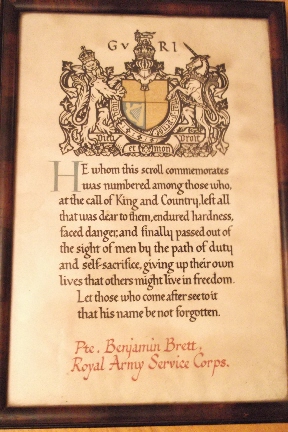