He was killed in action on the Western Front. He is listed on the Gouzeaucourt New British Cemetery, Nord, France. Listed on the Woburn Sands Memorial. 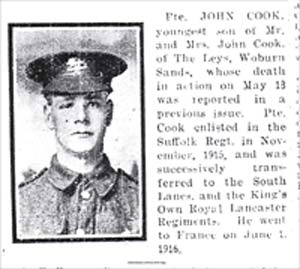