Sydney volunteered in August 1914, and was sent to France the following year, the battalion being in France from July 1915. He was fighting at the Somme, which had started on 1st July, but was severely wounded during the battalions assault against the Pommiers Redoubt 1st July 1916 and their subsequent stubborn defence against a string of counter attacks. The Battalion were one of the few battalions to not only break into the German trenches on the infamous opening day of the battle of the Somme, but broke three lines and the ‘impregnable’ ‘Pommiers Redoubt’.

His widow lived at The Shrubbery in Woburn Sands after the war. 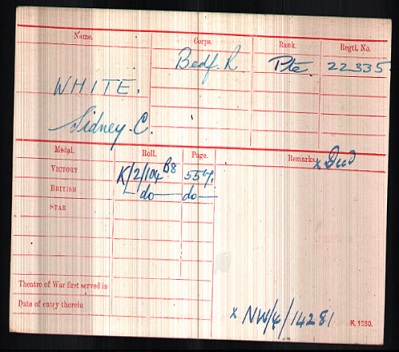