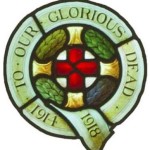 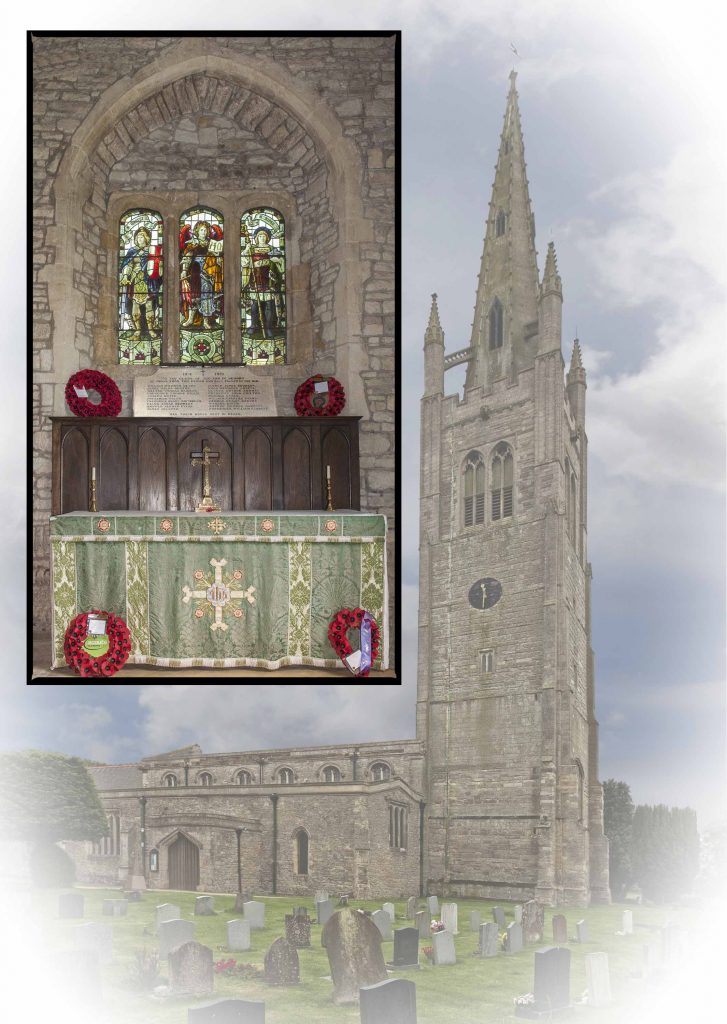 Under the auspices of Hanslope & District Historical Society representatives from Hanslope Parish Council, St James Church and the Society met early in 2014 and established a sub-committee of the Society to honour all those from Hanslope who served in the Great War – a total of at least 199 men and women, 21 of whom were killed and one who died shortly afterwards. We received a grant from the Heritage Lottery Fund which has enabled us, on behalf of the village to undertake commemorative projects.

2014:  the declaration of war was marked by tolling of the church bells and silent prayer. In November an exhibition was held in St James Church with details of those involved in the war and many other items. Donations from visitors totalling £717 plus gift aided envelopes were sent to the Royal British Legion and Help for Heroes. Working with Hanslope School’s Deputy Headteacher, a lunchtime History Club was held. Research started to find as much information as possible about all those who served.

2015:  Snowdrops were planted alongside the church path.
The first soldier to die, on 14th March, was James Denton. He was remembered with a small exhibition about his life on the anniversary, which was visited by the public and members of his family. A church bell was tolled 21 times (James’s age) followed by a peal of all eight bells in his honour. The original Roll of Honour, created in 1915, was restored, re-dedicated and replaced in the church porch. 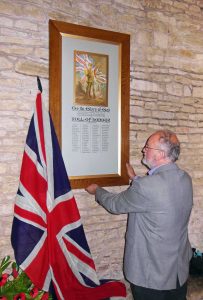 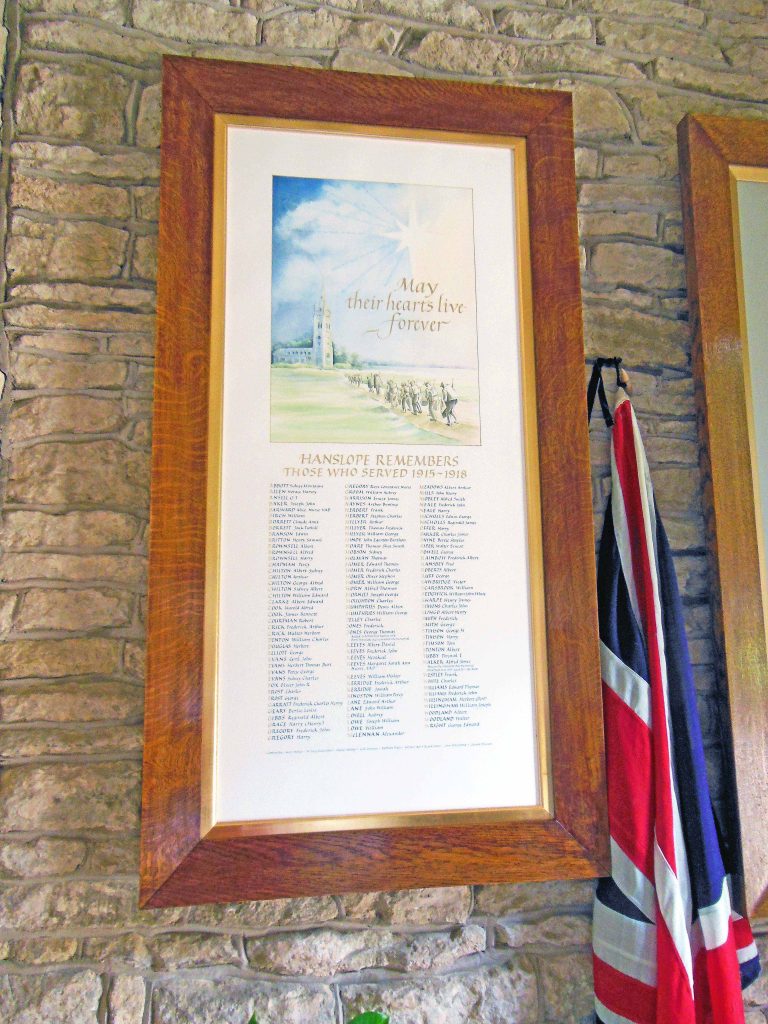 2016:  In the spring primroses and cowslips were planted along the churchyard wall.

The Committee commissioned two important works of art by artists who have established reputations in their fields for high quality work: –

A new Roll of Honour by the artist and calligrapher, Janet Mehigan. This is a watercolour painting and illuminated gold calligraphy which lists all those men and women not included in the original Roll. It was framed in a similar oak frame to the original and in July was dedicated and hung alongside.

Martin Cook Studio created a hand carved Buckinghamshire oak bench cut from a tree which once grew on the West Wycombe Estate of the Dashwood family. It was dedicated on Remembrance Sunday and is in St James Churchyard close to the current burial area. It gives families and friends somewhere quiet to sit.

Five men lost their lives in 1916. Their anniversaries were remembered in the same way as for James Denton with bells, flowers and exhibitions.

1,500 bulbs were planted along verges of five roads leading into the village with  support from the Hanslope & Castlethorpe Cub-Scouts. 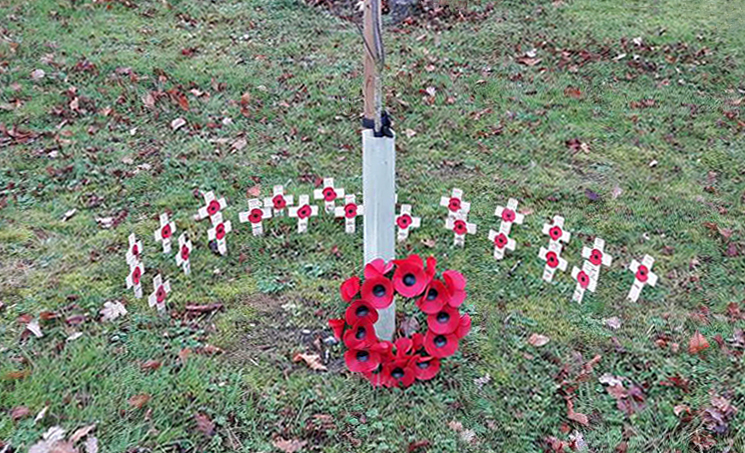 The flowering cherry, Prunus Schmittii, was planted on The Green to remember those who died with an Act of Remembrance at 11am on 11th November

Research continued and added to the website Roll of Honour (see link below) which gives access to all the information as it is discovered.

2018:  Remembering the last seven to die, as above. On 10th November we and the Hanslope Entertainments Group are arranging a village event to mark the end of the War.

See the Hanslope Roll of Honour