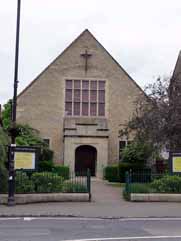 Number 12 Market Place no longer exists. It was a double fronted shop which stood where now is the front entrance to the Baptist Chapel. John Morgan lived there in 1801 and 1810/11. By 1833 Thomas Collingridge, a Printer, occupied the premises where he also sold stationery and books. He lived there with his wife Sarah and young family of two daughters and four sons, and in 1851 had one assistant and one servant.

In 1841 another family, the Horns, lived in the adjoining house, this property is not recorded ten years later and it is possible the Collingridges occupied that part as well. Around 1875 to 1877 G D Smith took over the shop and house, which apparently had a large Sun Fire Insurance advertisment on its north wall. 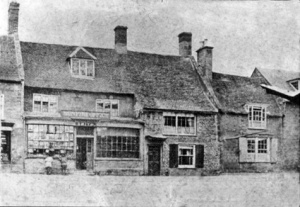 Around 1893 Mr William Hipwell, the owner of the adjoining property (Westlands), gave £500 for the shop and house and then demolished them. He wished to build a gable annex to his house and have a garden wall sweeping around it. In the late 1930’s, the garden area was offered to the Baptists so they could construct a front entrance to their church. 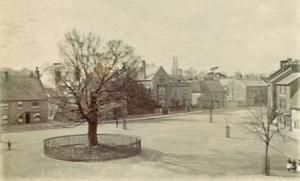