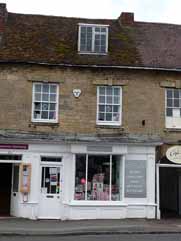 No 35 Market Place, 2012
Click on image to enter ODHS Buildings Database for this property

Again, there may be house numbering issues regarding Numbers 35 & 36.

Number 35 Market Place was occupied by the Ricketts at the beginning of the 19th century, but whether as a private house or shop is unknown. By 1833, Joseph Woodroffe was a Druggist at these premises and also a Sun Insurance Agent. By 1841 his niece, Ann Wright, was living with him and his wife, Mary and became an apprentice to him and had taken over the business by the late 1870’s.

In 1888 H Booth appeared as Manager of the shop. He also ran the Post Office and Telegraph Office, as had Ann Wright, also using the adjoining Number 36. 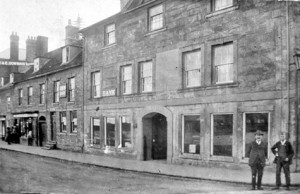 The 1910 Inland Revenue Survey records Herbert H Booth as the owner/occupier of the premises. The 1911 census lists Henry Herbert Booth, Druggist, and his wife and mother as living at Nos 35 & 36 Market Place. The premises continued to be used as a chemist although the Post Office moved next door to Number 34.

Mr Inkpen was the chemist in 1917 and he was followed in the early 1920’s by Reginald Howard Summers through to the 1940’s and Mr Scrivens through the 1950s.

Being business premises there are no records of persons living at Number 35 in the 1936 Register of Electors. 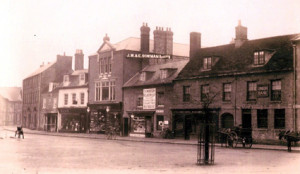