It was through the generous help of numerous people giving up their spare time that the Milton Keynes Museum we know today was established.

The early 1970’s saw a massive change to the landscape and the way people lived in the North Buckinghamshire area. One of the reasons for this upheaval was the coming of the new town of Milton Keynes, which enveloped many of the local villages and progressively developed large tracts of farming land. In parallel, many of the traditional industries closed down, to be replaced by new businesses.

With the changes to the way people once lived and farmed in the area there was a felt to be a need to preserve this once-rich heritage before it was lost for ever.

A group of local historians came up with the idea of trying to save some of the past before it was swept away. This brought an enthusiastic public response and many historic items began to be collected. Very soon the problem of housing all these artefacts became acute. Help was sought from Milton Keynes Development Corporation to find a suitable home for them. Happily for this burgeoning collection, Stacey Hill Farm in Wolverton was offered, and so from the Autumn of 1972 it became known as the Stacey Hill Collection of Industry and Rural Life. 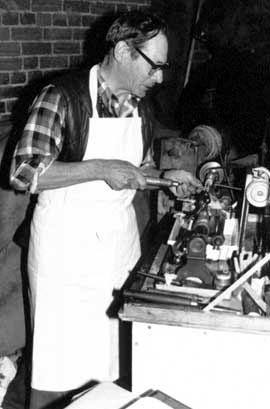 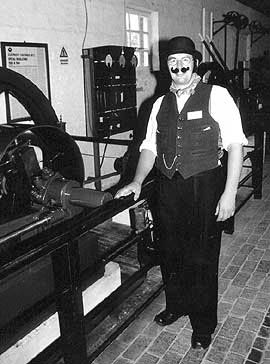 Open Days at the Museum

For many years the collection grew and displays were gradually developed, with occasional openings to the public which drew large crowds and generated a large amount of interest. Everything was managed by a committee of volunteers from the Collection.

The activities carried out by the volunteers in the early days were many and varied, ranging from the recovery of items, restoration, building work, research, cataloguing and maintenance work to running and manning the site on open days.

The running of the Collection was a learning experience as none of the committee members had been involved with a project of this sort before. It is to their credit that they managed to set up a large museum and run it over a long period. 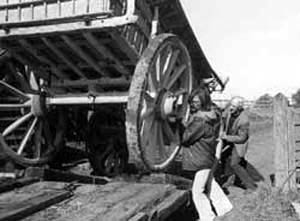 To put the Collection on a more professional footing it was decided that a Trust should be formed to take control of the running of the site. This saw the formation of the Milton Keynes Museum Trust and the appointment of a full time director who took over the reins from the Society in 1988.

With the formation of Milton Keynes Museum, the role of the existing committee and volunteers changed and so the Stacey Hill Society was established. Its aims were to support the Museum and provide much needed help to the Museum Director, a role that continues to this day. The Society also provides financial help for specific projects at the Museum.

In 2016 the Stacey Hill Society agreed to change its name to the Milton Keynes Museum Society. Although it is perhaps disappoinnting to drop the connection to Stacey Hill Farm after so many years, the new name aligns with the Museum and looks to the future.