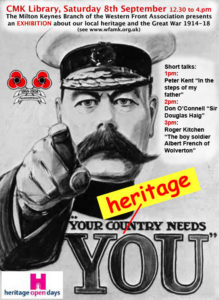 Our event at the Central Milton Keynes Library on Saturday 8th September ran from 12.30 to 4pm. We had more visitors than we expected, and thirty of them filled in the HOD feedback card: we received many pleasing comments.
Thanks to everyone who helped or visited us.
Here are some photos: 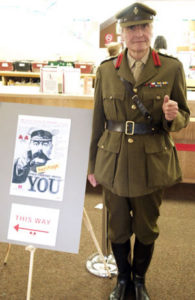 Actor Eric Thompson played the part of a Recruiting Officer making sure everyone who came into the Library knew about our event.
We know the uniform is not authentic, so please don’t bother to point out the errors – it was the best available within our budget, and it did it’s job well!

On the way to our room visitors passed the Albert French display, kindly loaned by the Living Archive. 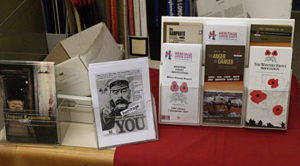 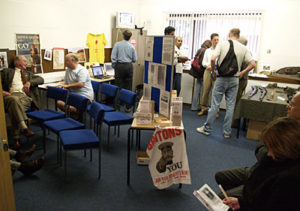 The room was small, but we managed to display a lot of different materials, and had plenty of mementos to give away as well.
This photo was taken towards the end of the afternoon – the Kitchener tea-towel had been hanging straight most of the time! 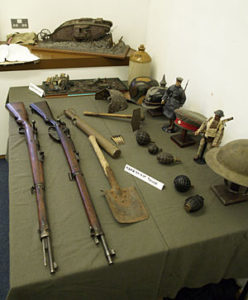 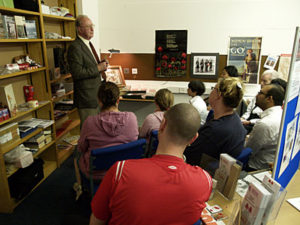 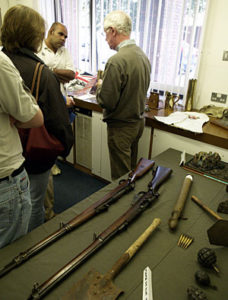 Don O’Connell – seen here talking with visitors – spoke about Sir Douglas Haig, arguing against his reputation as “Haig the Butcher”. 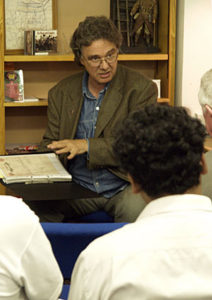 Roger Kitchen, founder and formerly director of The Living Archive, spoke about his discovery of Albert French’s letters, and the effect they had on his own life and career.