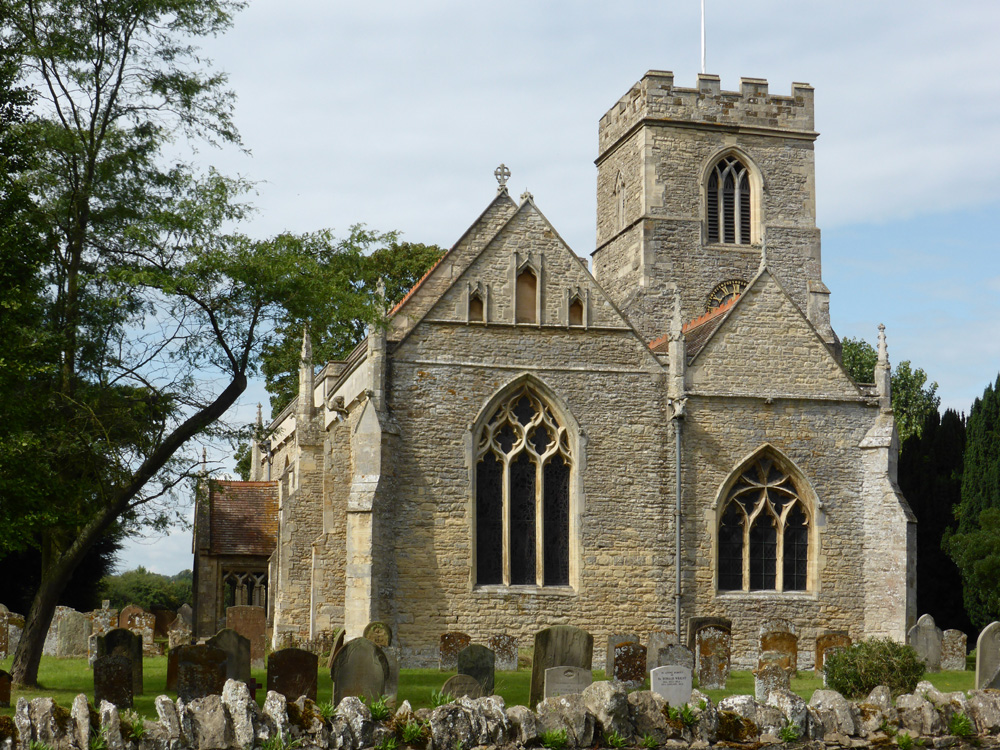 Picture Gallery for All Saints Church

Nothing is known of the first church to be built in Milton Keynes, but it seems possible that it was in the vicinity of the Saxon burial ground discovered in 1992 close to the old Rectory. The earliest known church in the present location on the opposite side of Willen Road from the Rectory, dates from about 1200. Most of the glebe land owned by the church was on the east side of the road adjacent to the Rectory, so it seems possible that the ancient church was there, although of course we cannot be certain.

Of the church built in about 1200, very little remains except the chancel arch which has handsome late Norman / Early English capitals. The present structure dates from an extensive rebuilding undertaken in about 1330 by the lord of the manor Philip de Aylesbury. It would seem that he was a man of considerable means because the church he built has expensive detailing in the masonry which would more often have been found in much more important buildings.

It has a very unconventional layout with the chancel arch off-centre from the nave. We cannot be certain why this was done, but it seems possible that the earlier (1200) church had a north aisle with an arcade of pillars, and when the rebuild was done it was decided to incorporate the aisle into the nave. In any event it enabled Philip de Aylesbury (or more likely his immediate heirs) to build a large chantry chapel to the north of the Chancel where masses could be said for the repose of his soul. The tracery of the windows and many other features make All Saints a very good example of a church of the Decorated period.

In 2009 a new ‘porch’ was added outside the north door of the nave to house two toilets (one for disabled use). This modern addition, which closely matches the style of the church in its exterior design, was made necessary by modern expectations of a public building and would not have been deemed necessary in 1330! 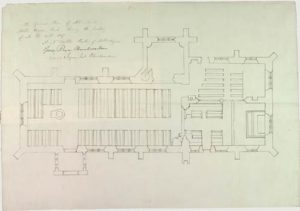 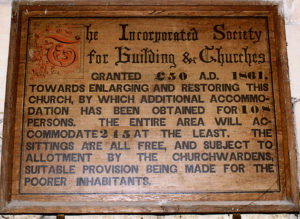 Grant notice from The Incorporated Society for Building and Churches 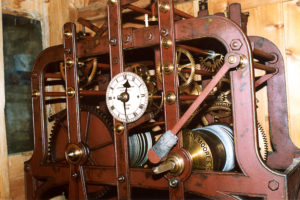 Like all ancient buildings, All Saints has required renovation from time to time. An inspection of 1637 reported “Church and chancel windows greatly in decay in the glasswork…..the N aisle to be repaired in the walls and tiles, and to be whitened…..” A major restoration took place in 1864. The work was carried out under the direction of G.E. Street, who was the Oxford Diocesan Architect. He was sensitive to the decorated period features of the church, and eliminated some of the later alterations to bring it more into line with his ideas of how it would have been in about 1330. A major change was to the nave roof which became the steeply-pitched tile roof it is today. The interior was extensively remodelled with the plaster being stripped from the walls (not as it would have been in 1330!) and a new floor of contemporary tiles with wood under the nave seating. His plan involved the introduction of many pews encouraged by The Incorporated Society for Buildings and Churches, from whom he attracted a grant. These filled all the available space in the church and many have now been removed to make the building more flexible in its use. Sadly, some memorials in the chancel floor were lost when the floor was re-tiled. Many of the other furnishings were changed including the pulpit and font, and quotations from the scriptures were affixed on boards over all the windows and archways. These have since been removed. 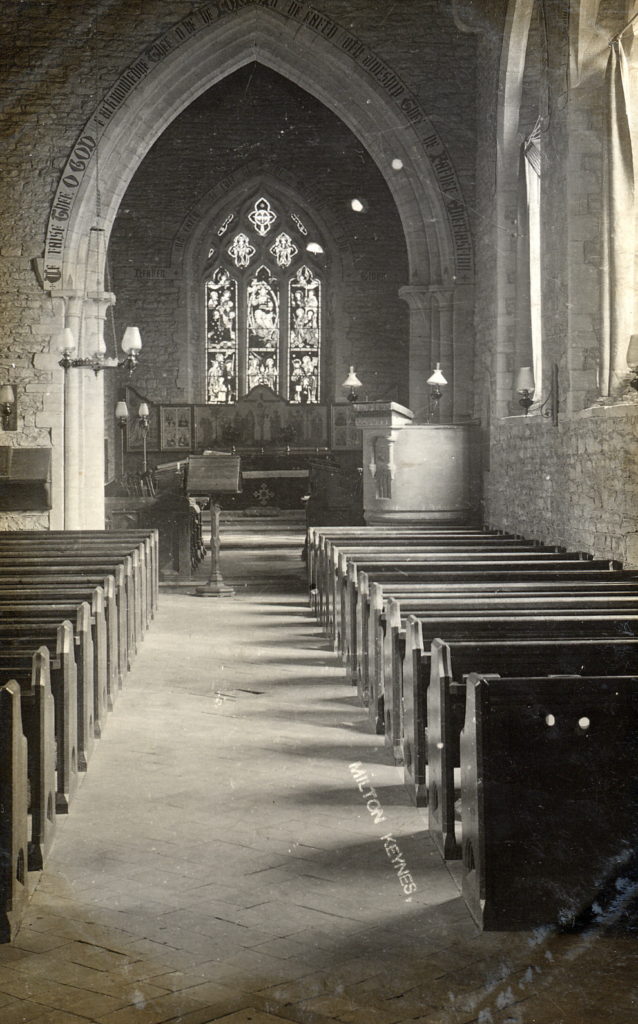 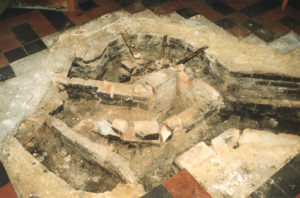