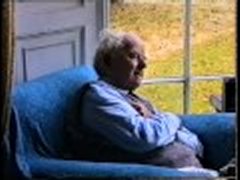 David Morgan-Evans was the Rector of Moulsoe from 1938 to 1985, and from 1961 to 1964 he was also the Priest in Charge of the parishes of Milton Keynes and Broughton. He continued to live at Moulsoe, and the old Rectory at Milton Keynes was put on the open market. Such was the expense of the Rectory, it proved impossible for the Diocese to find an incumbent who was prepared to live in it.