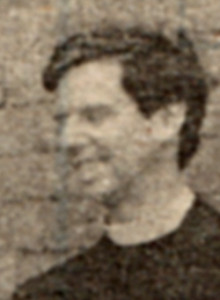 David Lunn was Team Rector of the new Walton Parish from 1993 to 2012. He lived at Wavendon Rectory and he took major responsibility for St Mary’s at Wavendon leaving the Baptist Minister at Christ the King and the Team Vicar at All Saints to look after their own areas. He continued to support the Local Ecumenical Partnership which became known as Walton Ecumenical Partnership (WCP).