John Neale Dalton was Rector from 1857 to 1880. Early in his rectorship he instituted much needed repairs to the church and the rectory and also assisted in the setting up of the National School in the village allocating some of his glebe land for this purpose close to his home. This building ceased to be a school in 1946 and is now the Village Hall. 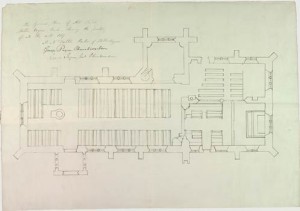 GE Street’s plan for All Saints

In the case of the church, the work was more than a repair and involved a full scale re-ordering by the Diocesan Architect, G.E. Street. Street completely replaced the nave roof changing the existing low pitched roof for one of much steeper pitch supported by magnificent timbers. He also provided a new pulpit to his own design and new flooring and seating throughout. Dalton funded most of this work by loans as also for the much more minor work on the Rectory.

Dalton’s son, another John Neale Dalton, was also a priest and was chaplain to Queen Victoria. He became the tutor to the royal princes, Albert Victor and his younger brother George Frederick, later King George V. He accompanied them on naval training ships, sharing a cabin with them and acting as their guardian. 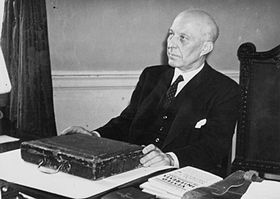 Hugh Dalton, Chancellor of the Exchequer

Dalton’s grandson, Hugh Dalton was to become a Labour Chancellor of the Exchequer, just after the Second World War.

Dalton is buried, with his wife in plot 180 to the south side of the Chancel – the usual place for the burial of ministers if not inside the building.