The ‘War Book’ took the form of a duplicated foolscap document which was intended to list useful information in case of invasion during the Second World War. It would seem that all districts would compile such information although we have never come across any examples elsewhere. In the case of Milton Keynes (grouped with Broughton and Walton), the information was compiled by the Rector, the Revd George Hawkes Field, who had military experience as an Army Chaplain in the First World War. Revd. George Hawkes Field listed himself as Chairman of the Local Defence Committee on the front page of the War Book. 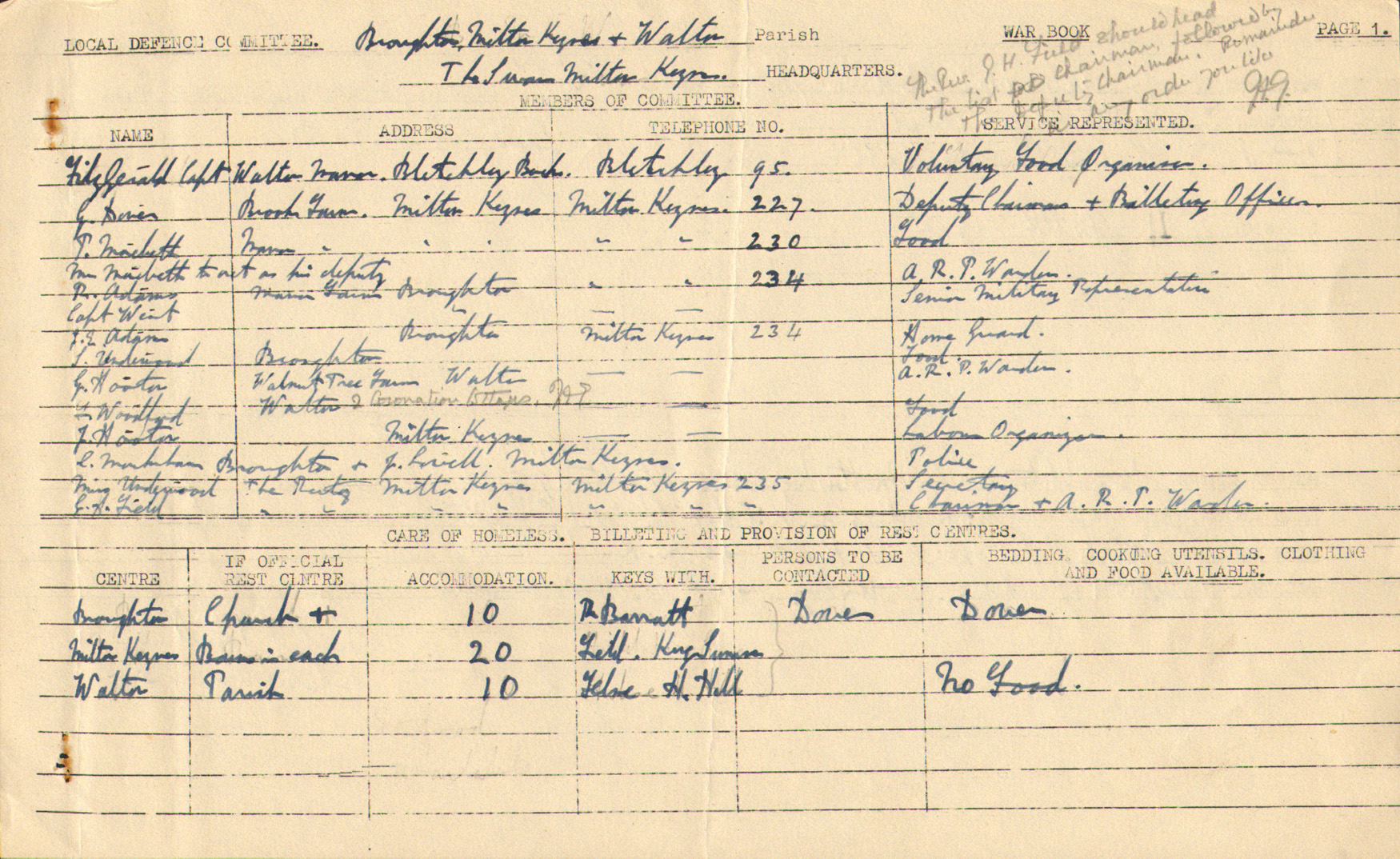 When we first found this document, several of the people listed as members of the Local Defence Committee were still alive, but sadly all have now passed away. Among those listed were local farmer Pat Macbeth, who with the help of his wife Amy Macbeth was to be responsible for food. Another interesting entry (on a later page) recorded that there was no need to have an emergency plan for sewage as almost everybody was still using earth closets!