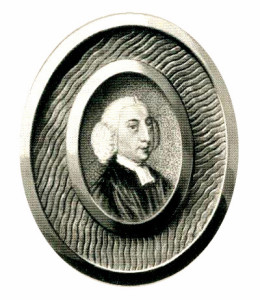 Dr William Wotton was Rector from 1693 to 1726. A very interesting character, he was born in Suffolk, son of Henry Wotton, Rector of Wrentham. He was a child prodigy and entered St Catharine’s College, Cambridge at the age of nine. His parents died of smallpox while he was at university (aged 13) and as a teenager he spent some time in the household of Gilbert Burnett (later Bishop of Salisbury). He was elected a Fellow of the Royal Society in 1687 at the age of 21 and wrote many learned essays attracting the ire of Jonathan Swift along the way. He was presented to the living in Milton Keynes by Daniel Finch, 2nd Earl of Nottingham. He married in 1696, shortly after arriving at Milton Keynes, and almost immediately launched into building the sumptuous rectory which still stands today, financing the work with loans. 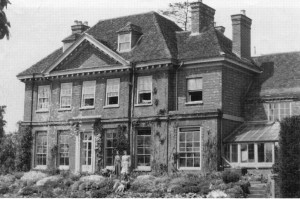 Milton Keynes Rectory in about 1920

Unfortunately, despite his undoubted academic ability, he also gained a reputation as a drunken lecher, and this caused Bishop Wake of Lincoln to withdraw his promise of the living at Sherington which would have helped to finance the building of the rectory. In 1714, as a result of the mounting debts incurred in the building work, Wotton was forced to retreat to Carmarthen where he worked initially as a supernumerary preacher although he was allowed to retain the living at Milton Keynes. He only returned here in 1723 when his creditors had eventually been satisfied. He died in Buxted, Sussex where he had been able to obtain a living for his son-in-law William Clarke who married his daughter Ann in 1723.

We are indebted to Dr David Stoker of the University of Aberystwyth for this information. For further reading see “William Wotton’s exile and redemption” http://welshjournals.llgc.org.uk/browse/listarticles/llgc-id:1042330/llgc-id:1042921