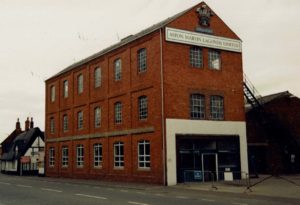 SALMONS of Newport Pagnell in Buckinghamshire was founded around 1830 by Joseph Salmons and became famous for its coaches, dog-carts and ralli-carts, which sold around the world.
From 1898 the company built bespoke motor coachwork of high quality, becoming leading exhibitors at the Olympia Motor Show. The company expanded rapidly, and from the mid-1920’s their extensive London premises included West End showrooms.
Salmons patented several important developments in hood design, including the 1911 all-weather body, which was as snug as a saloon with the hood closed, a spring- assisted hood, and the 1925 “Tickford” winding hood, which was raised or lowered by turning a cranked winding handle. The all-weather body and the “Sunshine Saloon” featuring the Tickford hood, were built in several European countries.
In 1939 the family business became a limited company, Salmons & Sons Coachbuilders Limited, but, after the retirement of the Salmons brothers, grandsons of the founder, it was renamed Tickford Limited.
After the Second World War the company continued to develop, producing coupes for Alvis, Daimler and Humber and station wagons for Land Rover. Amongst development projects undertaken for several companies were the Jet 1 and the Austin Healey sports car prototype.

The luxurious convertibles and saloons built on the Lagonda chassis prompted the 1955 acquisition of the company by David Brown. The company became Aston Martin Lagonda Ltd.