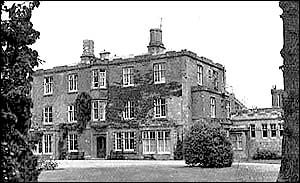 In 1600 King James I sold the abbey to his physician, Dr Henry Atkins. The current Georgian mansion was built by the Hooton family on the site of the medieval priory. By the early 18th century, some former Tickford Priory buildings were still standing, but they were in poor condition. Around c1767 Thomas Hooton built the house that stands today. Much of the fabric of this building is believed to have come from the Tickford Priory. There is a family vault to the rear of the premises in the grounds of the Priory Burial Ground also a tall Obelisk which was erected by Thomas Hooton in memory of his wife Sarah. Another feature of the Abbey is the Gazebo, restored and modernized in 1987 under an initiative of the Buckinghamshire Historic Buildings Trust, which stands by the River Ouse in the extensive grounds of the house.    The Obelisk and Gazebo are both ancient listed monuments.