Sixteen members of OAS travelled by minibus to Piddington to visit the museum and roman villa site on 17th November 2017. The museum visit began with an interesting short talk summarising the occupation of the site commencing with some evidence of bronze age flint processing and 1st century BC, high status iron age dwellings. The Romans built a substantial fort here in 1st century AD, the site of which is under an arable field and largely unexplored. The villa site is outside the fort and evolved from small beginnings to a very upmarket dwelling complex which became inexplicably disused in 4th century. The museum contains many artefacts recovered from the site (pottery, needles, ornaments etc.) with associated explanatory text and impressions of how the villa looked through the stages of its evolution. Our knowledgeable hosts, Roy & Diana Friendship-Taylor, outlined the main finds, including a decorated roman penknife that is on loan to the British Museum.

After refreshments, we proceeded to the villa site, a very pleasant half mile walk in the Northamptonshire countryside. The main buildings have been previously excavated and covered over again, all that can be seen is an area of grass at the side of a field. Excavation is continuing on secondary buildings in the villa courtyard. Parts of building walls and the wall of the courtyard can be seen, also a kiln of unknown function and some Victorian drainage pipes!

Further excavation work will be carried out at Easter, anybody wishing to volunteer to take part in the dig should contact the Upper Nene Archaeological Society at the museum. http://www.unas.org.uk/magazine/magvew.php?ID=3&date=0509 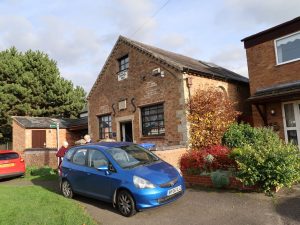 The Museum is located in an old Chapel 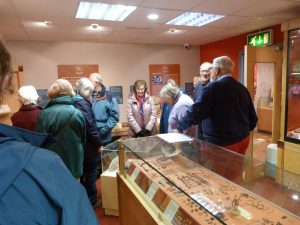 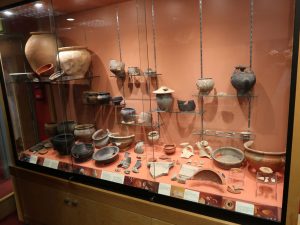 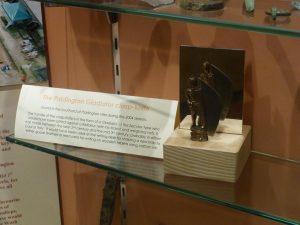 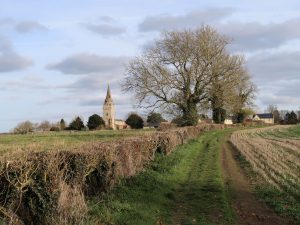 The path to the villa site 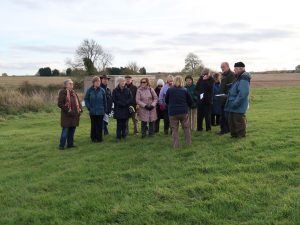 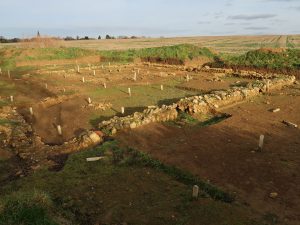 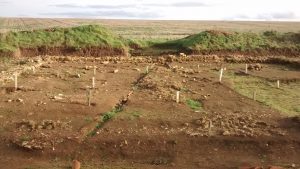 Victorian pipes down the middle 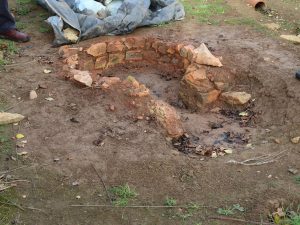 “A Different Kind of Digging – Archaeological Excavations at Stowe Landscape Gardens 2017 to 2022.”
Stephen Wass, operating as Polyolbion Archaeology, he has worked on many National Trust property sites.
Olney Centre and Zoom