Our main website contains a growing proportion of the mass of historical information collected by the Association over several decades and stored as an archive of the history of this village. 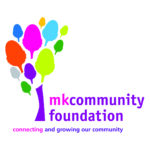 As part of the Milton Keynes Heritage Association archive project, funded with assistance from MK Community Foundation, Pam Matthews at Stoke Goldington came upon several pieces of material mentioning an incident in 1784 when a man from Stoke Goldington was imprisoned in Aylesbury Gaol and caught a fever.  His wife went to nurse him but he died.  She returned to the village with the fever which spread through the village and many more died.

Below is a fuller description by Pam, together with information about the spread of an outbreak of smallpox in Olney in 1779 and copies of some of the documents.

In 1784 a baker in Stoke Goldington, North Bucks, foolishly allowed a poor family to accrue a debt of 10 shillings. He then had him arrested, wrongly thinking that the local Poor Law Overseer would step in and pay the debt. Unfortunately, this was not the case and the poor man was sent to Aylesbury gaol, where the jail fever (a form of typhus) was rife. He fell ill and his wife went to nurse him but he died. She also caught the fever, which she brought back to Stoke Goldington and later died herself, but not before spreading the disease throughout the village.

The children were largely spared but their parents suffered greatly – some 40 children lost one parent and 20 lost both.

The local curate, Rev. Thomas Scott from Stoke Goldington and Weston Underwood parishes (and later Ravenstone), knew the same (parsimonious) Overseer and persuaded him to engage the medical services of an army surgeon – Dr Kerr, who had considerable experience of such diseases in camps, garrisons and military hospitals.

He argued that the cost of the Doctor would be but a tenth of the likely costs of rampant disease to the Parish Poor Rate, to say nothing of the morality of refusing once more.

Dr Kerr therefore came and spent a whole day in the village, laying down such rules for the proper management of the patients that not one person died afterwards and the disease was speedily defeated.

The small pox made an appearance in Olney in 1779, with large numbers of deaths, largely due to the intractable opposition by Mr John Newton and other clergy to any form of inoculation or other preventive measures. In fact, the number of funerals during the year subsequent to his removal amounted to more than twice the number registered in any former year.

Through “shameful negligence and mismanagement”, the disease was also passed onto the inhabitants of Ravenstone and Weston Underwood and a poor woman, acting as a midwife, was infected.  After a short time of great suffering, she died, but without any eruption appearing. Assured by the apothecaries that it was NOT small pox, the Rev Scott preached a funeral sermon for her to a large congregation from all the adjacent villages; the corpse being in the church during the service.

But soon after, everyone who had attended her in her illness, and had not previously had the small pox, was taken ill with symptoms indicating that disease.

Rev Scott was horrified and expected that he may have inadvertently allowed small pox to spread much further, but in the end no one else died.  Infection cases remained in Ravenstone (possibly due to some sort of herd immunity from previous outbreaks i.e ‘inoculation’).

He had learned to be physician, apothecary, and almost nurse, under the guidance of Dr Kerr, and so he took it upon himself to attend to both the physical and spiritual needs of the sick.

The church and establishment were so anti-inoculation at that time that he worried that he couldn’t treat his own child, and an orphaned nephew, without severe criticism and threat. He was also roundly criticised for keeping windows open in sick people’s rooms, and for allowing anyone who was recovering, to walk outside in their gardens.

To try to protect his own family he kept an old suit of clothes in a hovel at Ravenstone, and he changed all his clothes before he went among the sick, and did the same again before returning home. He eventually had the children inoculated and moved them to lodgings in Ravenstone, but continued to meet with some “instances of such base ingratitude, in respect of this affair, from those whom I had most laboured to serve, that, in a very ill humour, I returned home one evening, deliberately resolved to go no more among the people, but to leave them to the Consequences of their Perverseness”

To make matters worse, after the disease left, there were scandalous problems with the Parish failing to pay the required fees, especially to Dr Kerr, leaving the curate to provide medicines, wine and money – ‘enough to ruin him’

However, he decided to “Be not overcome with evil, but overcome evil with good” and continued to throw himself into his ministry for several more years.

In 1781, Scott transferred to the curacy of Olney, Newton having gone to London.

Thomas Scott (1747-1821) was originally appointed as a curate to the adjacent parishes of Stoke Goldington and Weston Underwood in Buckinghamshire in 1772. In December 1774 he married Jane Kell, housekeeper to a local family. From 1775 to 1777 Scott served as curate of nearby Ravenstone by virtue of a ‘swap’ with the curate there. During this period, Scott began a friendship and correspondence with the hymnwriter John Newton who was curate of neighbouring Olney. This instigated the examination of his conscience (his young years had been totally rebellious) and study of the Holy Scriptures that were to convert him into an evangelical Christian, a conversion he related in his spiritual autobiography The Force of Truth published in 1779. He also wrote a Commentary on the Whole Bible, and was one of the founders of the Church Missionary Society.

Summary taken from:
“The Life of the Rev. Thomas Scott D.D. Rector of Aston Sandford, Bucks.  Including A Narrative Drawn Up by Himself …”
Written by John Scott. A.M. 1822 (His eldest son)

Notes (by an unknown villager)