Hugh of Bolbec accompanied William the Conqueror to England. He is referred to as a cousin, sometimes as a brother of Walter Giffard, the first Earl of Buckingham. Hugo de Bolebec, or Hugo de Bolebech, is listed as “tenent in capite” – a tenent holding land immediately from the King.  He held the manors of Messenden, Agmondesham, Chesham, Medmenham, Brock, Citedone (Cheddington), Claveston (Calverton), Linford and Hardmead.
According to a manuscript in the Ashmolean Collection in Oxford, Hugh de Bolebec was an attesting witness to the charter of endowment when Walter Giffard, second Earl of Buckingham, founded Notley Abbey for a reformed order of Augustine monks in 1112, and to another charter giving to the abbey the church of Hillesden. The Bolebec family were traditionally the owners of Bullbanks Castles at Danesfield. Hugh de Bolebec had two sons, Hugh and Walter, and was succeeded by both in turn.

Hugh, his son, built Woburn Abbey in Bedfordshire for the Cistercian monks in 1145, assigning to the monks the great titles of the parish, and later adding the honor of Medmenham as a cell to the abbey.

The Bolbec heirs became Earls of Oxford. They had large holdings in Bucks, Berks, Hunts and Oxon.

Thanks to Paul Cox of Woburn Sands Collection for this research 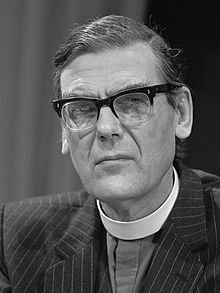 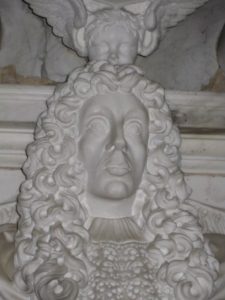 Simon Bennet (bust). Detail from his monument in Beachampton Church

The Bennet Baronetcy, of Bechampton in the County of Buckingham, was created in the Baronetage of England on 17 July 1627 for Simon Bennet.  The title became extinct on his death in 1631. Sir Thomas Bennet (died 1627), father of the first Baronet, was Lord Mayor of London from 1603 to 1604.

Simon Bennet (the younger and nephew of Sir Simon )  inherited Calverton Manor House from his uncle shortly before his marriage to Grace Morewood in 1649.  He made some significant changes to the frontage including a front porch which bears his initials and date 1659.

In 1694 his widow, Grace Bennet, was notoriously murdered in the servants’ hall of  Calverton Manor for the  money that she supposedly kept there.

Following his death, The Calverton Estate was broken up and sold by his personal representative in a series of 30 Lots in a sale held at The Cock Hotel in nearby Stony Stratford on the 30th June 1933.