Calverton’s contribution to the war effort

Calverton’s main local contribution to the WW2 war effort was playing host to two radio stations associated with Bletchley Park’s secret radio communications centre at Whaddon Hall some 2 miles away to the south. 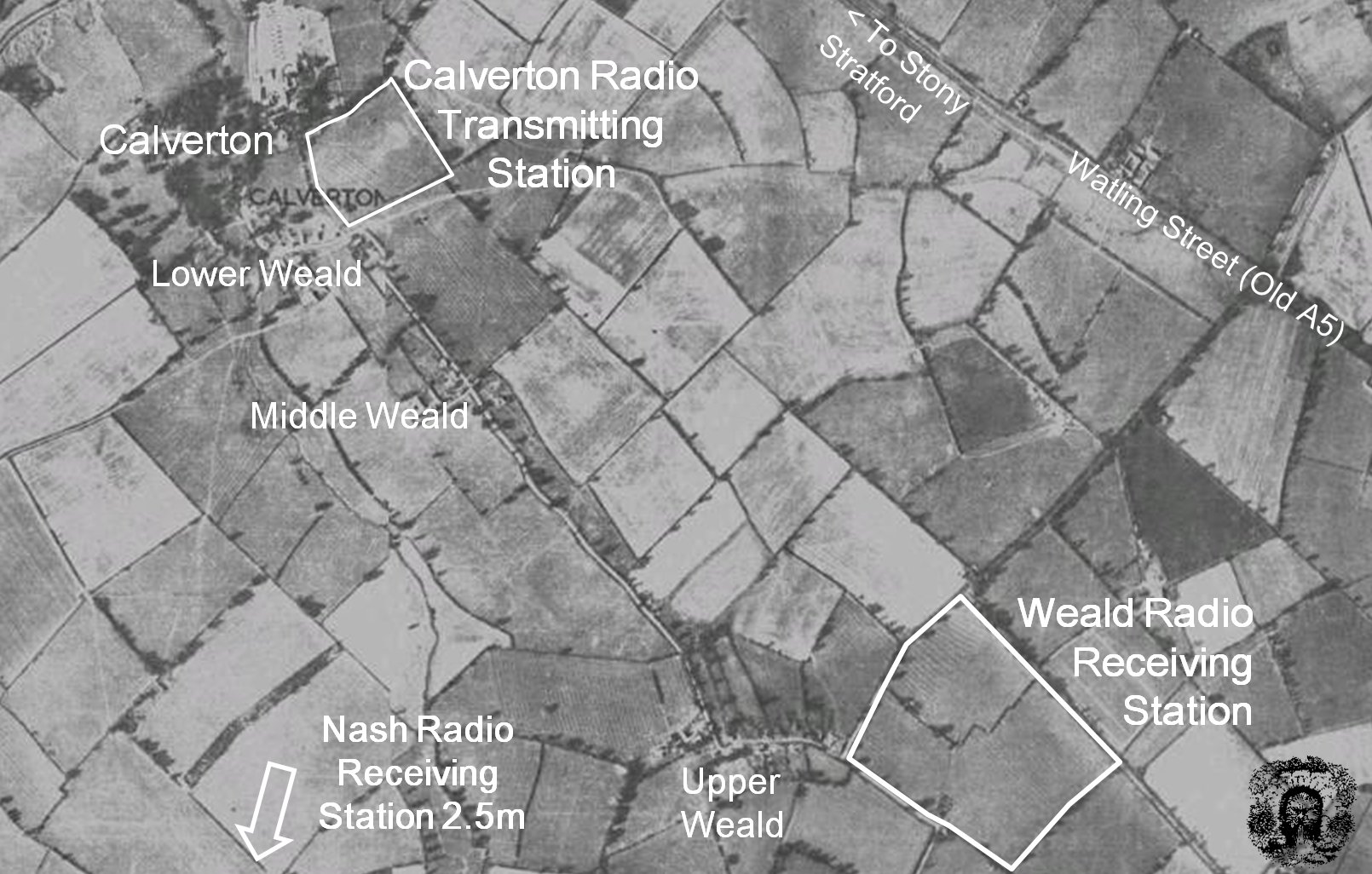 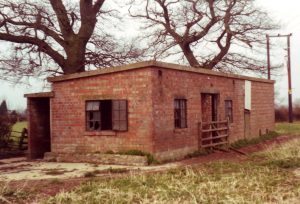 The larger of the two stations was near Upper Weald (therefore named Weald station) and was located just off Calverton Lane about half way between Upper Weald and Oakhill Farm. It worked as a ‘Diversity Receiving’ station with its opposite number being some 2.5 miles away at Nash.  Initially, the station had to rely upon some twenty rather crude wooden masts strung with semi-vertical aerial wires from low cantilever wires.  However the early aerials were replaced in 1944 with new masts – some eventually reaching to a height of fifty feet and supporting much improved aerial arrays.

The masts were spread out across three adjacent fields forming part of what is now Weald Leys Farm, whereas the operators huts and the support buildings were tucked away under trees and against the hedge, to help disguise them from the air. 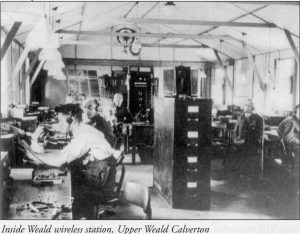 The rest of the station comprised two wooden huts with space for some 10 radio operators, a wooden generator shed, a sentry box by the gate, and a two-section brick building which also housed a diesel generator in one half and battery charging facility in the other. These brick buildings are still standing today together with some further small brick-built ancillary buildings. All the wooden huts are now long gone but the brick structures remain and some of the concrete foundation bases to the wooden huts also survive, so the general layout of the site can still be determined.

During the war, the officer in charge was Captain Harry Tricker and the station operated on a 24hr, two-shift basis, with half the radio operators taking 4hr breaks in the adjacent second hut which provided very basic accommodation/rest room facilities.

Calverton’s second radio station was located close to the centre of the village in a field called ‘The Leys’ to the south of All Saints Church where the village Alms Houses are located. It was referred to as Calverton Transmitting Station and handled outgoing Secret Intelligence Service (SIS) radio traffic from Weald and Nash local stations to our agents in occupied Europe using a combination of various British and Whaddon produced 100 watt and 30 watt transmitters and American (REL) 750 watt units. The station was operated in great secrecy by four civilian members of the US Civilian Technical Corps under the command of Lt. Col. Lord Sandhurst. The American connection is particularly intriguing in two respects: firstly, the 750watt REL transmitters were sufficiently powerful for world-wide transmissions and secondly, the american operators were civilians and yet reported directly to one of the most senior officers at Whaddon Hall. 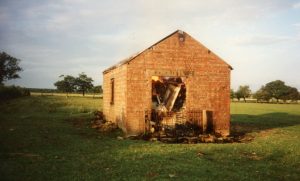 The  remains of the station on the ground today comprise the walls of a small brick generator shed  standing alongside a track called Gibb Lane which runs along the northern boundary of the field. During the war, a stand of tall elm trees lined the the edge of Gibb Lane and the aerial masts were hidden among them. (Sadly, the trees succumbed to Dutch Elm disease sometime after the war but shallow depressions can still be seen in the ground from where their root bowls eventually rotted away). In the middle of the field, about 40 yards to the south of the generator shed, can be seen a few concrete foundations which is all that remains of the radio operator’s building. This was constructed from pre-cast concrete hollow sections described as being like ‘butler sinks set on edge and then bolted together’. These were dismantled shortly after the war and used to fill in potholes in a local farm yard. Some of the equipment was said to have been dumped down a disused well shaft next to the operator’s building and capped by a concrete slab. The slab is still there and the equipment may still be below it.