Lower Weald lies immediately to the South of Calverton and is the first hamlet associated with it. Most of the buildings are of local limestone and occasionally brick with a mix of clay tile, slate or thatched roofs. Lower Weald’s origins as a farming community are preserved in Rectory Farm, with the substantial farmhouse and farmyard  located in the centre of the hamlet and its fields are still worked to the south and west. Other farm buildings have been subsequently developed as domestic houses but retain much of their original character. 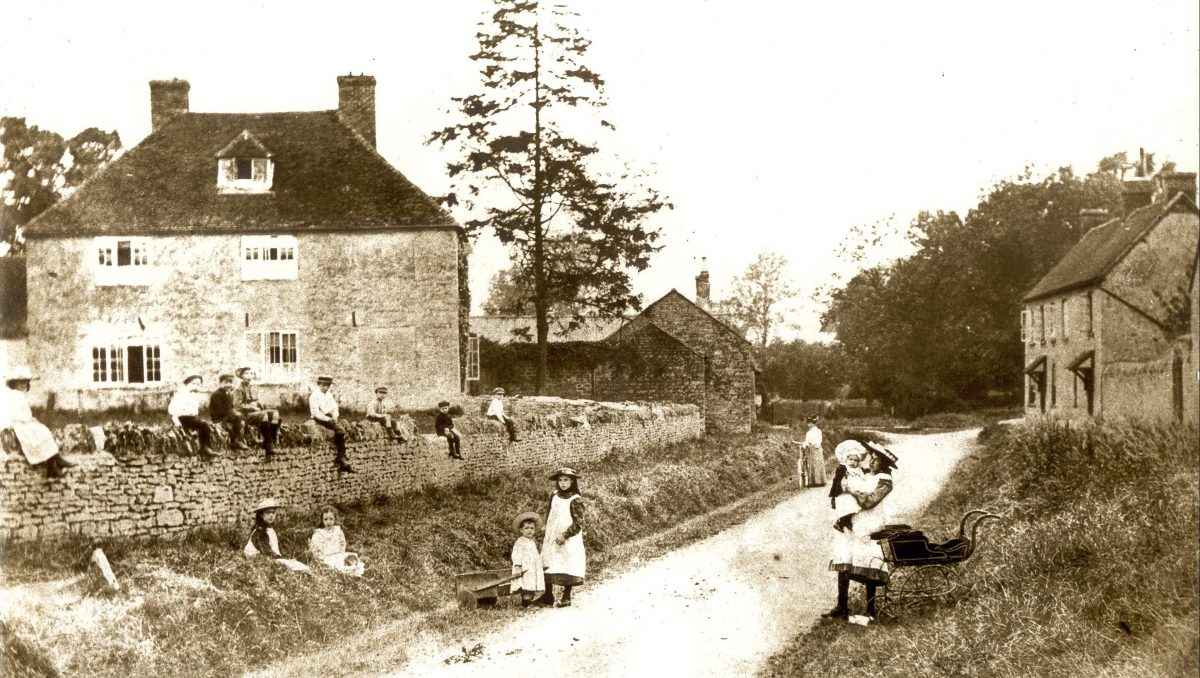 Lower Weald children in main street c. 1910 with Rectory Farmhouse in background and Lower Weald Farmhouse on the right.

The photo above is typical of those taken by local photographers for reproduction as postcards. It can be assumed that the villagers were expecting the photographer’s visit in that most of the children appear to be dressed for the occasion in their ‘Sunday best’! 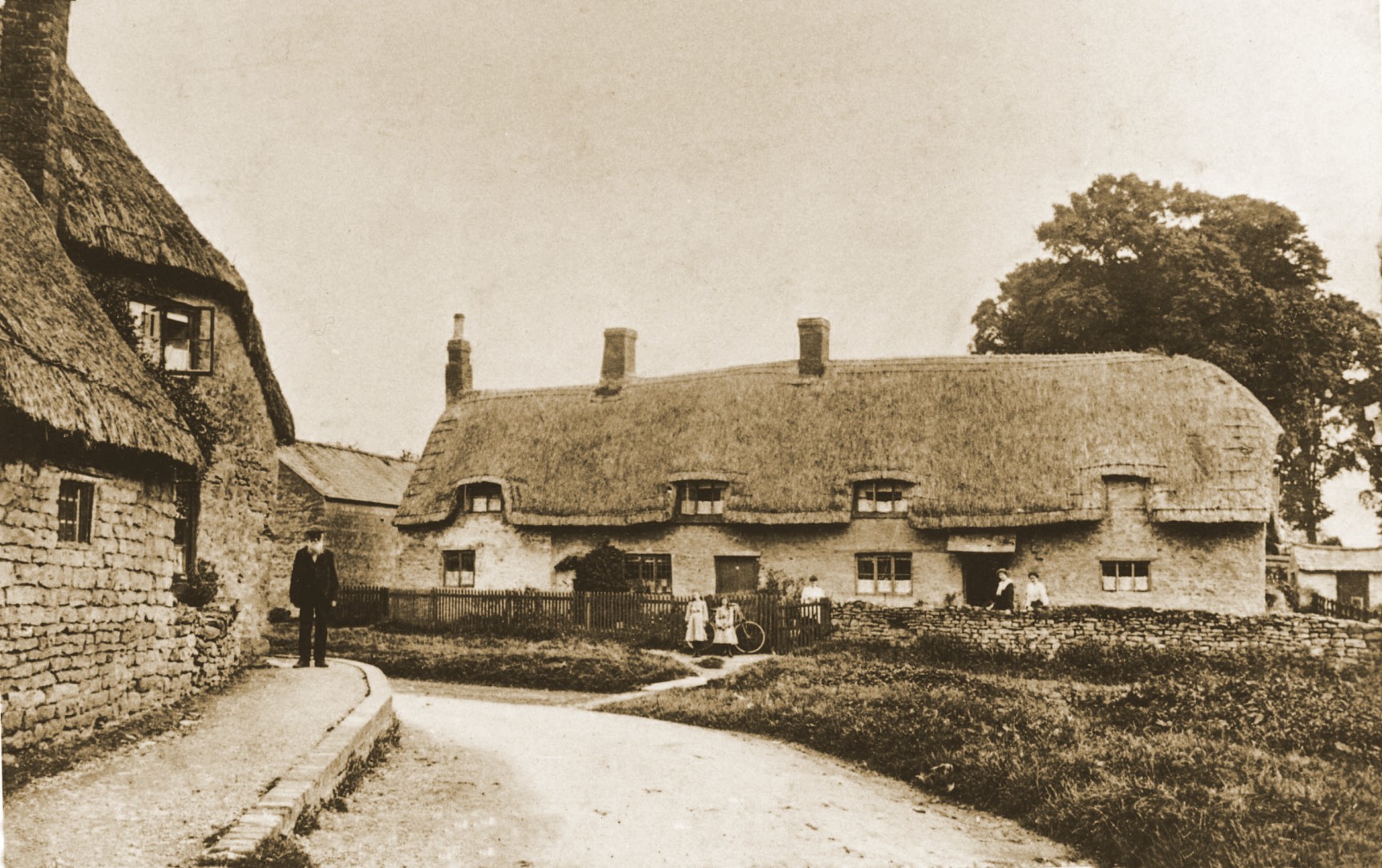 Probably one of the most familiar views of Lower Weald taken around 1910. The cottages had their thatch removed and the roofs structures raised with new tile hung first storeys and roofs in the early 1930s. 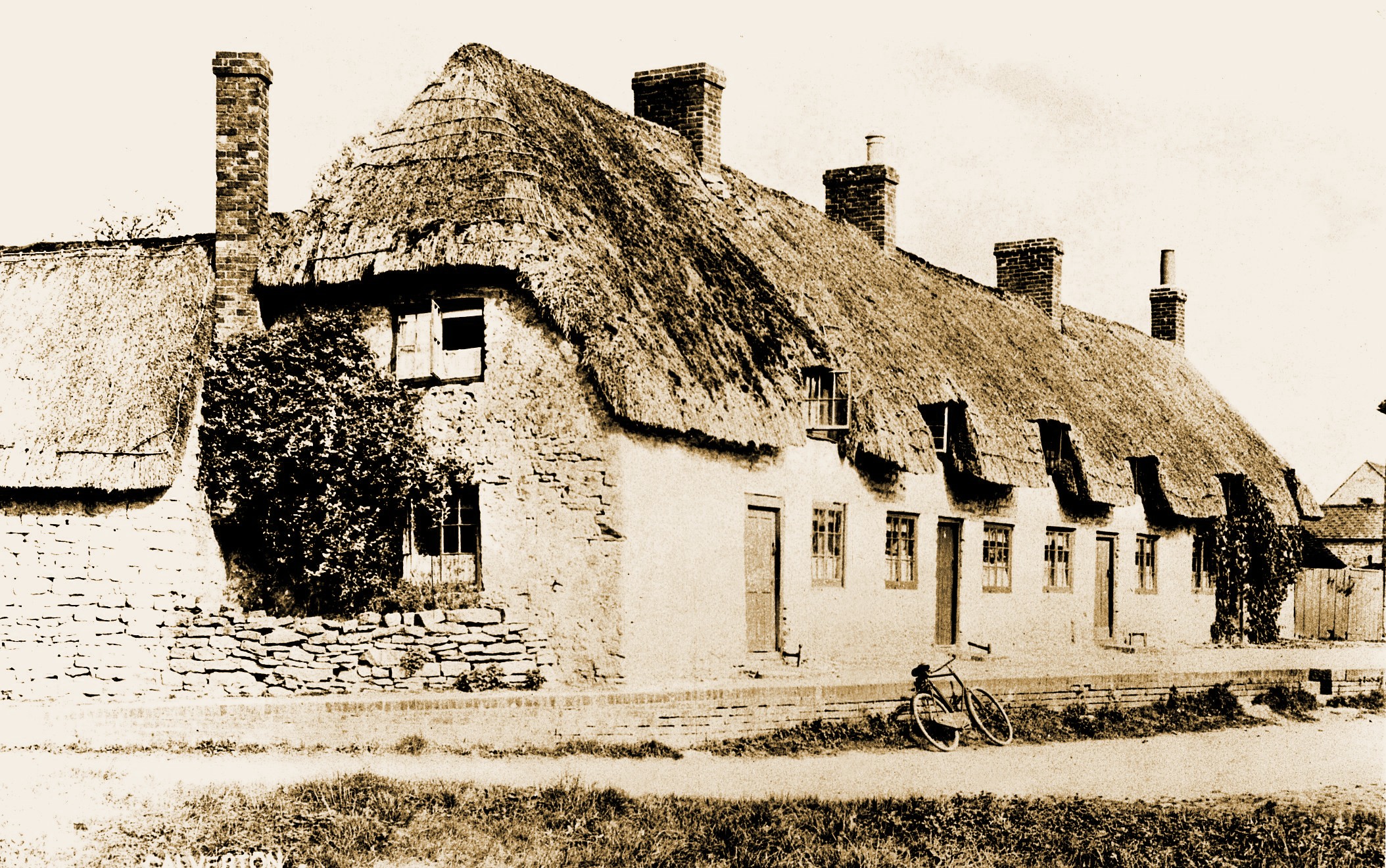 This terrace of cottages also had their thatch removed and were converted to tiled roofs with similar tile hung upper storeys to those on the opposite side of the road. Water was drawn from well pumps behind the buildings. 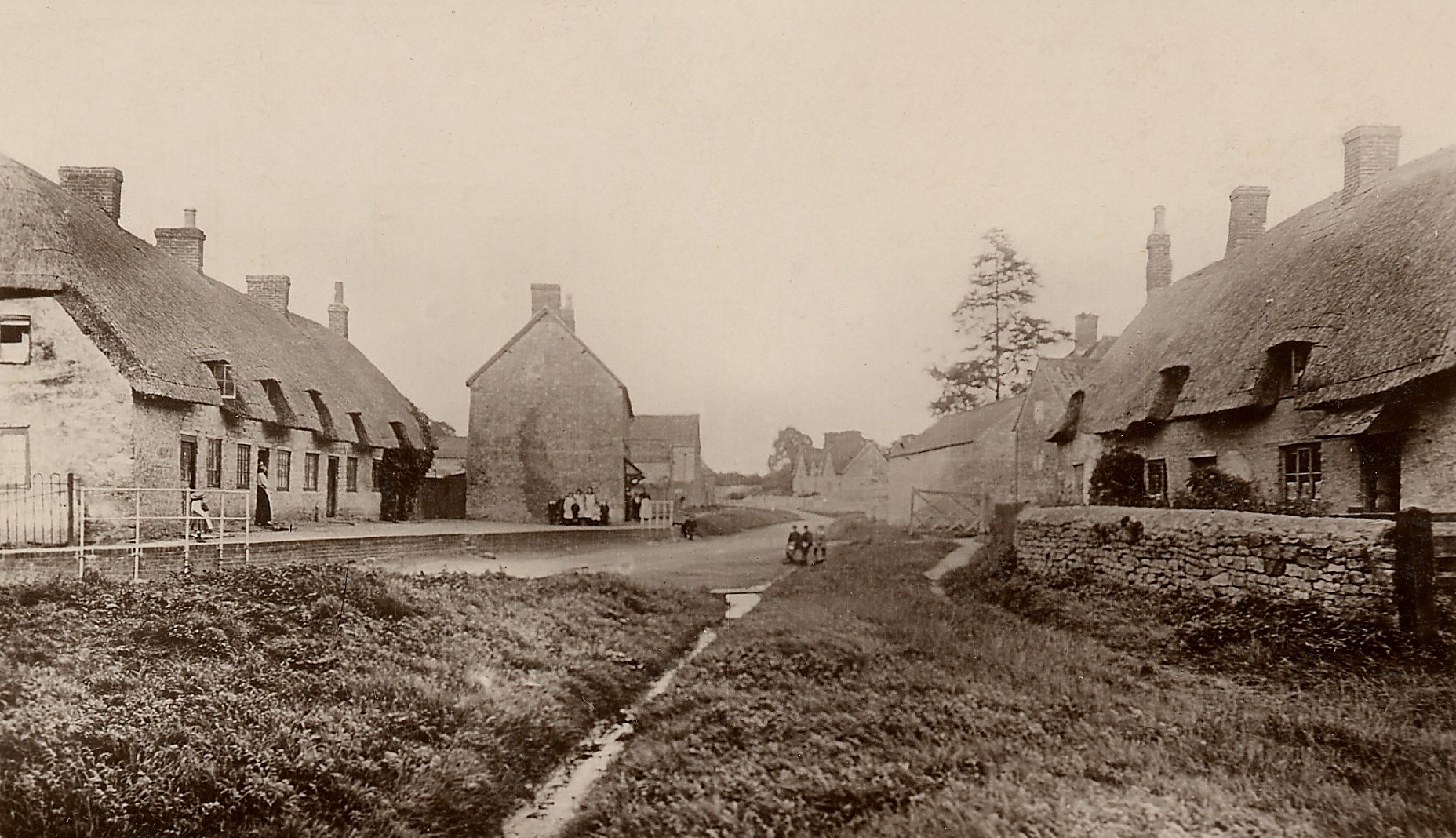 The house with the prominent gable-end in the centre of the picture formed part of the Lower Weald Farmhouse (although by the time this picture was taken, it had become the village Post Office!)  The tallest building behind is the large hay-barn which was built over part of the former cattle yard. The houses in the distance on the right are Charity Cottages, and were built in the late 1800s.