Upper Weald is the southern-most hamlet associated with Calverton. It lay some 2 miles beyond the main part of the village, across the edge of Upper Weald Great Farm (which became Dairy Farm) to the South, and Little Farm (later to become Fairfield Farm) to the West. This farm was unnamed on the map below although its well is prominently marked near the left hand edge. Like the rest of Calverton, Upper Weald was reliant on wells until mains water was finally connected in the 1950s.

The Road was lined with cottages which on the North side mostly had long narrow garden plots extending behind them. Cultivated gardens are shown hatched and orchards can be easily identified by the regular patterns of more closely spaced smaller trees. 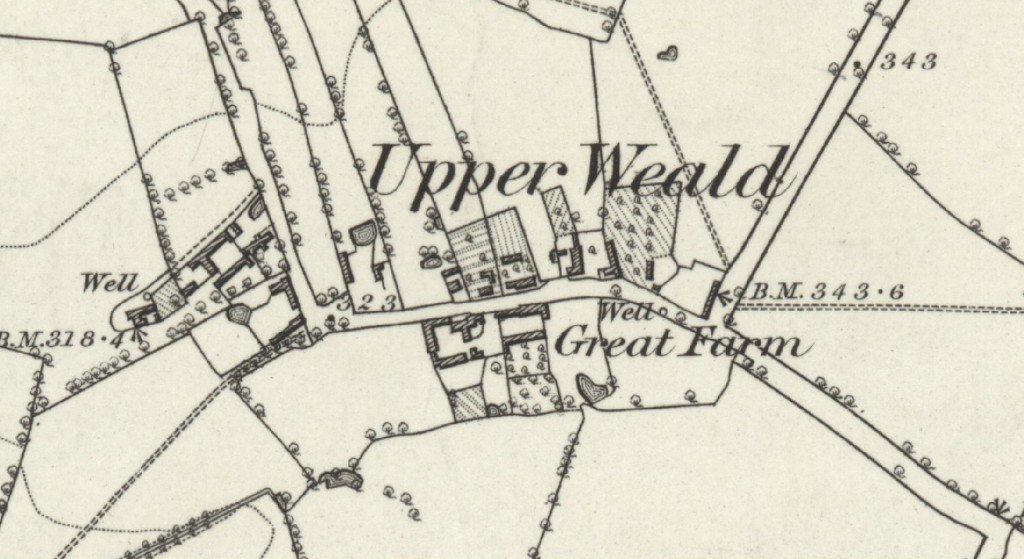 Detail from OS map of 1885 – (at this date individual field trees were still being surveyed and included on the map).

The selection of images below are reproduced from postcard photographs which were popular in the early years of the last century.

A typical group of local villagers posing for a ‘postcard’ photographer dressed in their ‘Sunday best’. (Click arrow on right edge to see identifying captions) 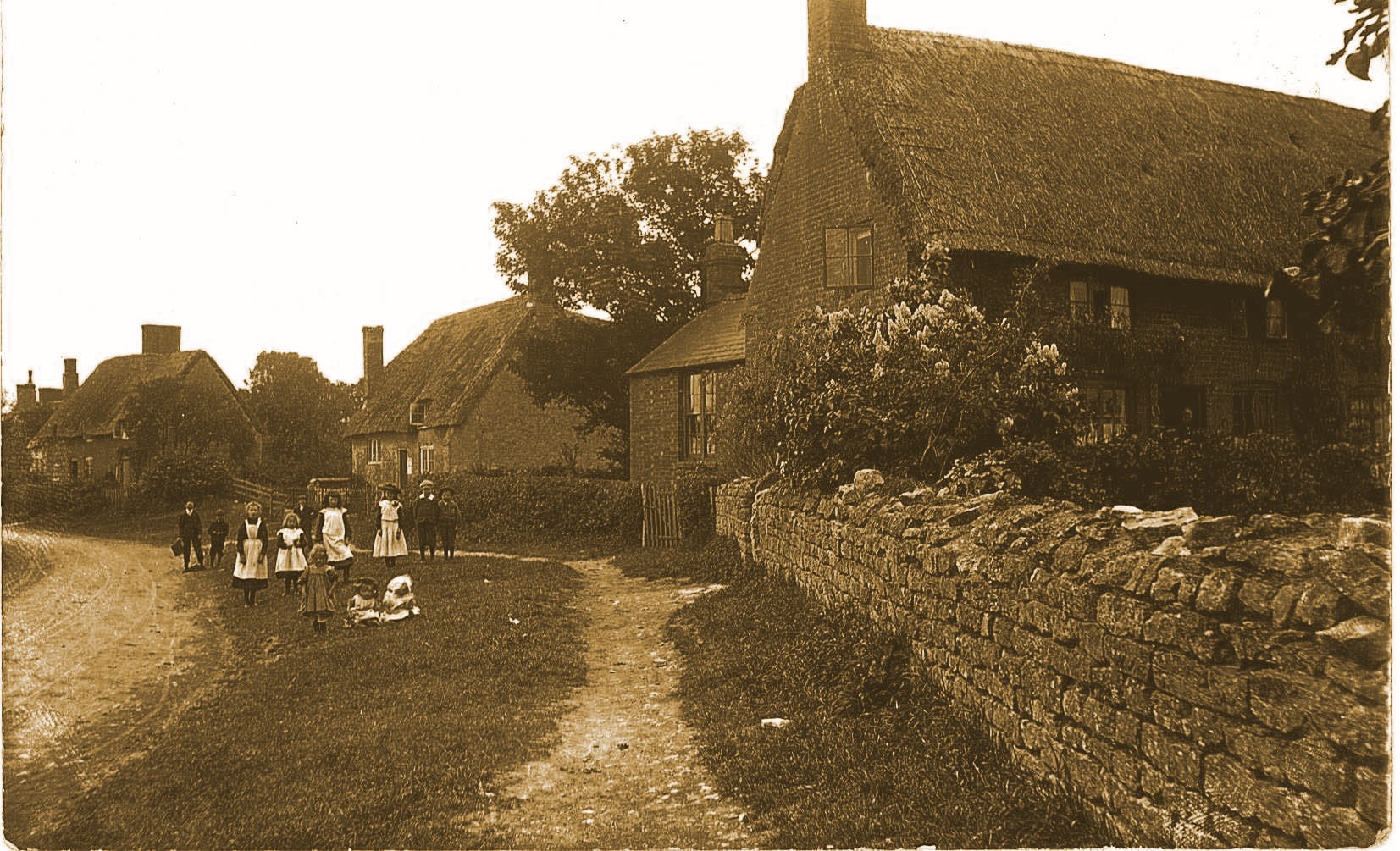 Children outside Nos 2.&3 Upper Weald with Old Woodbine pub behind. and Templars beyond.

Another reproduction from a ‘postcard’ which was actually marked ‘Calverton 2’ and therefore almost certainly taken just after the photo above with most of the same children posing again but viewed from the opposite end of the ‘main street’ looking to the West. Date would be c.1904. 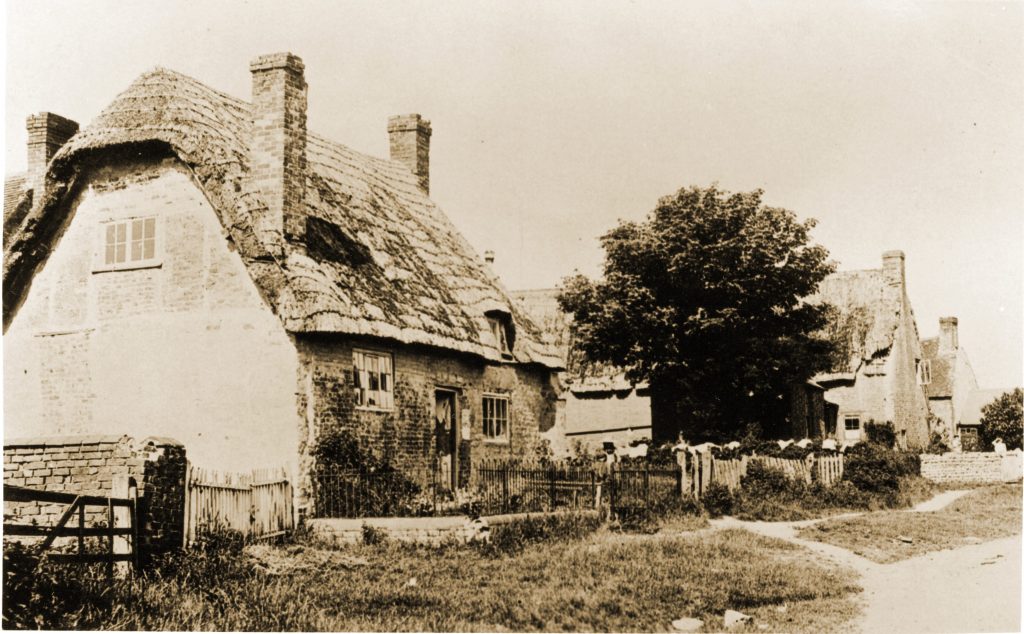 The Old Woodbine Pub (note cattle in the paddock next to the building with cottages Nos 1 & 2 standing end-on to the road with No. 1 in the distance beyond)

The Woodbine was the only pub recorded in Upper Weald which fell into disrepair and was demolished c.1920. A small red brick Victorian style cottage was then built on the site but stood further back from the road. This in turn was demolished in the 1990s to make way for the much more palatial Woodbine Grange which preserved the name.

An area of black and white tiles was unearthed near the road during the site clearance for the current house which almost certainly came from the floor of the original pub.