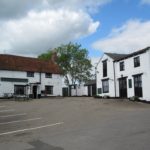 1753 – Swan – Earliest license recorded* in Calverton- possible early name for the Shoulder of Mutton (but may have been located elsewhere in the village). *Register of Licensed Victuallers, Bucks 1752-1828

1764-1769 – Green Dragon – Earliest known name of pub before becoming the Shoulder of Mutton (but may have been located elsewhere in the village) 1768 Licensee recorded as Sands (Alexander) Johnson. *Register of Licensed Victuallers, Bucks1752-1828

c.1790 – Date current building erected. Originally a butchers with a slaughterhouse.  Slaughterhouse at rear of separate two story building to East of main house (current B&B rooms, North section). Single story lean-to shed (latterly garage) to South of separate two story block which later held the general store and Post Office run by Ron Maddison (after General Store Post Office closed at No 19 Lower Weald). Name of ‘Shoulder of Mutton’  possibly based on shape of the plot of land on which the buildings stand (curtilage)  – or a reference to the earlier use of the buildings as a slaughterhouse.

1807 – Site of meeting recorded 25 April 1807 between the Inclosure Surveyors and various parties – “at the Shoulder of Mutton kept by James French”. 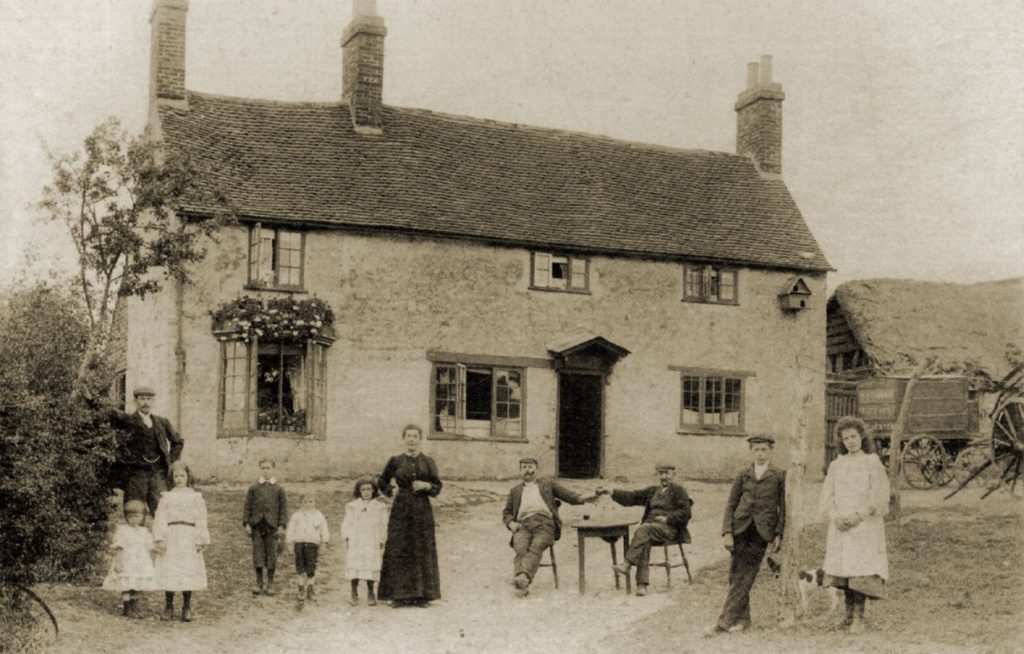 C. 1895 ‘Drinking outside the Shoulder of Mutton, Calverton, are two regulars with the publican Harry Holman and his family. He also ran a butchery business: notice the cart on the right hand side of the photo. Left to right: Harry Holman, Lucy Ethel, Fred, Charlie, Mary Mrs Ellen Holman, Bill and May’.
Copyright photo from – ‘Around Stony Stratford – a Second Selection’ by Audrey Lambert, 1996 Sutton Publishing Ltd.

Comments on the Shoulder of Mutton