Page 2 covers a description of the garden adjoining the Parsonage and the grounds between it and the Church (which confirms that it was built on the site of the later 1819 Rectory – now Calverton House).  It goes on to describe Glebe holdings in some of the (presumably) adjacent fields and in doing so confirms the presence of both a local bridge and a mill (although in the case of the latter it does not distinguish between a windmill or a water mill for Calverton had examples of both).

The following section is the first part of the Glebe listings for Street Field one of the three major open fields of the village. Judging by surviving individual field names,  and the fact that the ‘Street’ was most probably Watling Street, puts this field between the main road and the village, running up against the borders of Stony Stratford (covering what is now Calverton End). 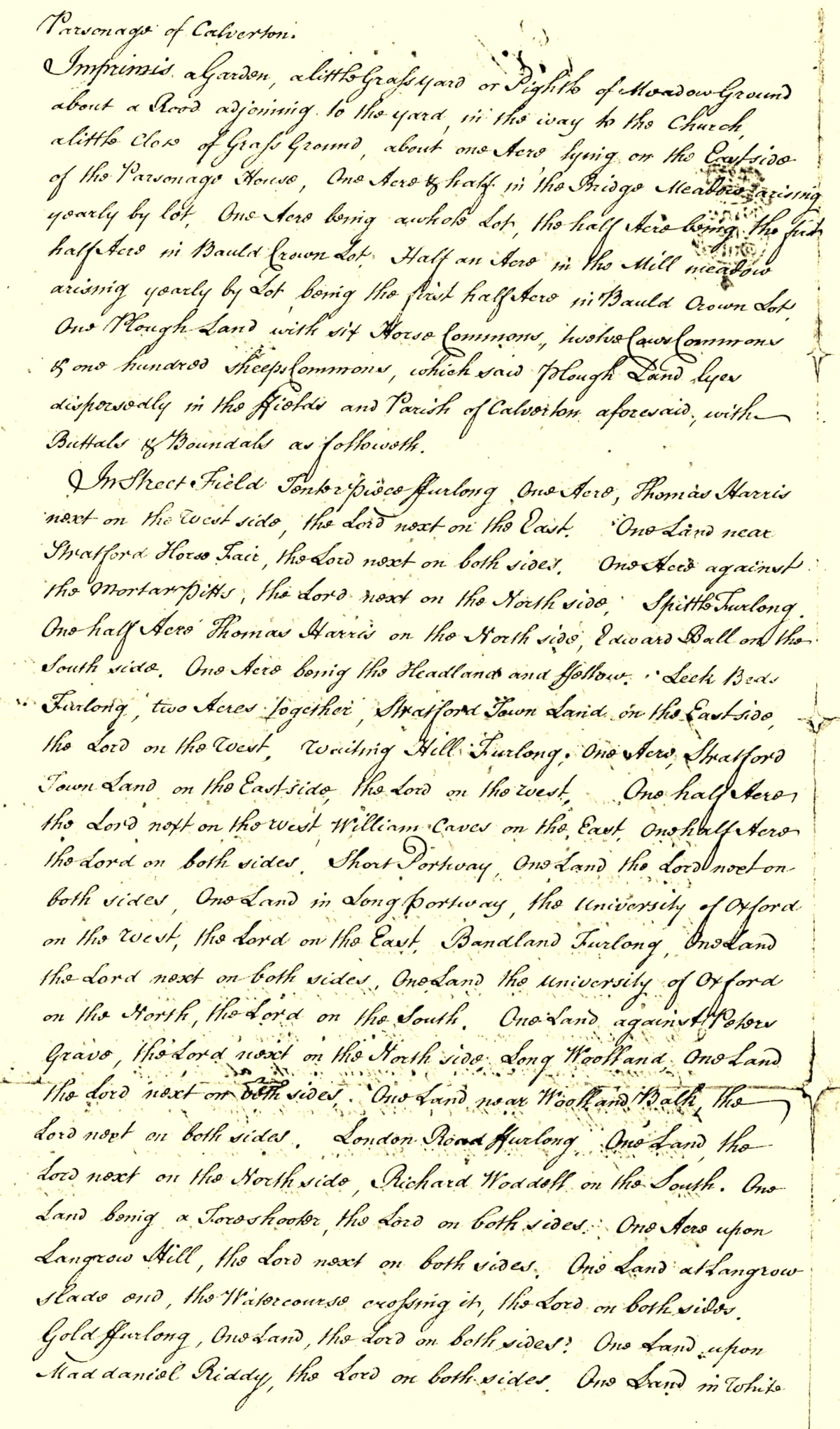