The Medieval Village of Calverton

Although much archaeology has been carried out within the bounds of the parish, a relatively small amount of excavation has been carried out in the centre of Calverton Village itself. However the cores of the standing buildings and the few finds that have come to light so far, indicate that this was indeed the heart of Medieval Manor.

At its centre was the Old Church of St Hallows built on the site of the earliest religious building and with at least three of its original octagonal pillars and bases still preserved in its current manifestation. Likewise the original core of the manorial open hall, is preserved within the fabric of the present building but much changed over the centuries and therefore much less easy to make out. 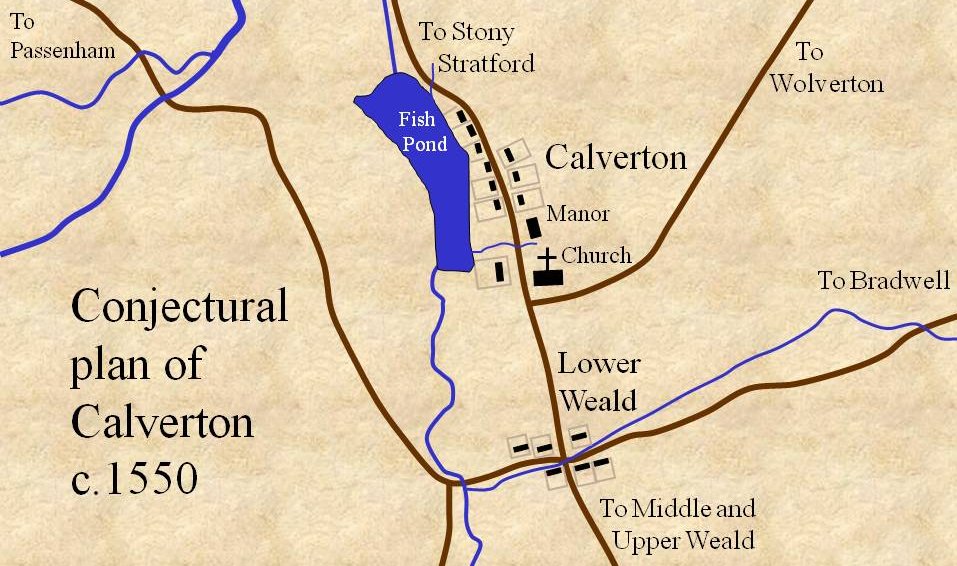 A few of the oldest cottages may also go back to medieval times but for most shown on the map, the only evidence is a the surrounding a bank and ditch which would designate its ‘garden’ area with the building normally located at the end near the road and evidenced by a slightly raised ‘house platform’ left by the building’s ruins. The arrangement is known as a croft or toft and the garden area would be used not for flowers but for growing vegetables, fruit and herbs to feed the family. They might also keep a pig or two within the area to supplement their diet.

The roads shown mostly follow old ‘hollow ways’ which can still be traced as tracks worn deep into the ground from continuous use over the centuries. These would have been near impassable in the winter so it is not surprising that the modern roads no longer follow the same routes and are much more likely to follow the new field boundary lines as laid out as a result of the 18th Century enclosures.