The beginnings of Aerial Archaeology

Among local historian Oliver Brown’s historical material passed on by his widow Barbara to Keith Hope-Lang, was a set of large format poster size aerial photos of  the whole of the MK development area which was of great interest. Unfortunately, although impressive in size, these did not show any great detail. Keith Hope-Lang set out to remedy this by approaching the National Monuments Record (NMR) to obtain high quality copies of the earliest professional aerial survey of the area which was carried out in 1946. Under high magnification, these started to yield very interesting visual anomalies for which he tried to find explanations through his further researches and oral history interviews. A small group of other interested villagers, including Paul Bruton, David Muston and Bob Sturgess started to meet with him at the local hostelry (The Shoulder of Mutton), to pore over the photographs and early maps with a view to unravelling  some of Calverton’s history. 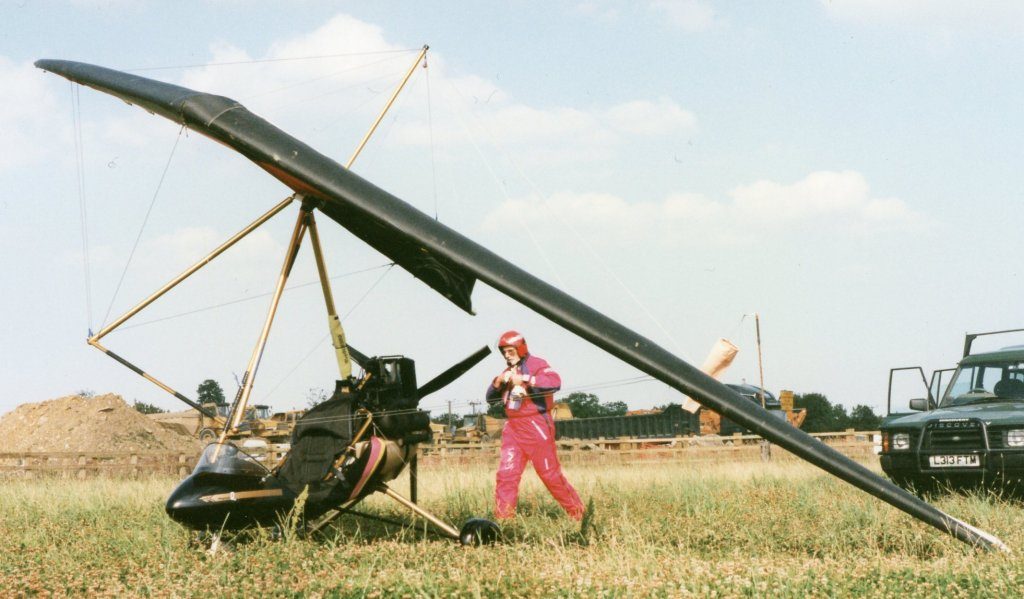 Keith Hope-Lang had always been interested in flying and had been a passenger on a number of local low level helicopter flights around Upper Weald back in the 1970s and, having taken early retirement, he decided it was time to take this interest further and learn to fly in order to obtain new aerial photos (this was long before the advent of Google Earth).

Around this time, small so-called microlight aircraft were becoming affordable and increasingly popular and so he bought a second hand Pegasus 2 seat microlight which had a large triangular wing with an engine and ‘pusher’ propeller behind. This made it an ideal platform for taking photographs as it had unobstructed views to each side. Whilst flying at around 1500ft in the early morning or evening when the sun is low in the sky, it was possible to obtain ‘long shadow’ oblique shots which revealed the subtle local variations in ground level – the ‘humps and bumps’ – usually associated with underlying archaeology.

We are including some of the articles from the first website as they represent the start points for a number of subsequent historical investigations, and some hard-won images to accompany them which we can now reproduce in colour.