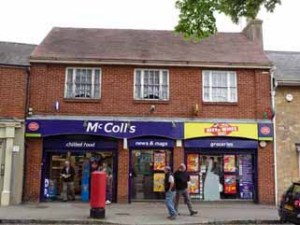 No 18 Market Place, 2012
Click on image to enter ODHS Buildings Database for this property

Number 18 Market Place was Olney Feoffee Charity property and was probably shop premises from the beginning of the nineteenth century when Thomas Green was tenant. Lawrence Spencer followed him in 1810/11 and was known to be a Butcher, but it is not known what trade his successor, William Gross, followed. By 1841 Richard Soul ran a grocery business from these premises (and from whom Ann Smith, a local philanthropist at Number 7 Market Place, bought her tea and sugar). Three years later John Davison came as a cooper and butcher, but transferred to grocery. His son Benjamin continued the business through to the 1880s.

In March 1884 the Feoffee Charity leased the property to Messrs Hardiman and Squirrell for a term of 21 years at an annual rent of £18. Sydney Hardiman’s lease was taken over by another tenant, R G Collett who continued the grocery business until the lease expired. Ralph George Paggett must have been given a ten year lease as he advertised his grocery business from these premises through the turn of the twentieth century. He entered upon a new lease in 1905 for a term of 14 years at an annual rent of £40. The property had extensive alterations undertaken by the Feoffees in 1906, which cost £377 19s 11d and he must have been a good tenant for he continued in the premises into the 1930’s when John Henry Marshall set up his hairdressing establishment. It is not known when the Feoffee Charity sold the property.. 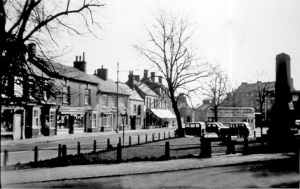 The following records support the above Feoffee Charity information. Samuel A Hardiman is listed as a grocer in the 1891 Census. The 1910 Inland Revenue records the Feoffee Charity as the owner and Ralph Paggett as the tenant of the property. The 1911 Census lists Ralph George Paggett as a Grocer and Provision Merchant.

Both the 1936 and 1951 Registers of Electors lists John Henry Marshall and his wife Nellie as residing at Number 18. 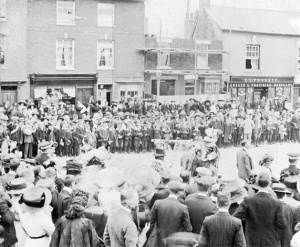