John, born 8th May 1902, was the eldest son of six children born to Alfred William Rudkin (Willie) Sowman and Ellen Bone. He was born in West Clandon, Surrey where his father was estate manager for the West Clandon Estate. The family moved to Olney in 1904. He was educated at Bedford School and in 1919 was apprenticed to the family firm in the agricultural department. His training continued with Messrs R A Lister & Company in Dursley, Gloucestershire. 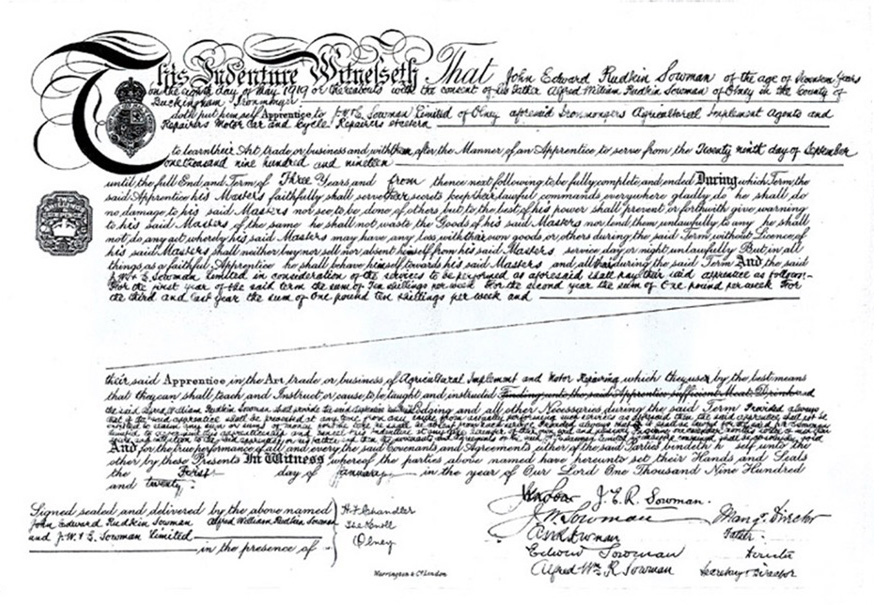 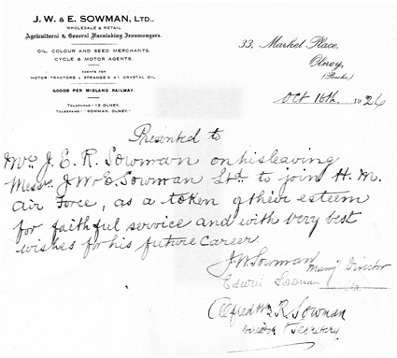 John had an abiding interest in the Boy Scout movement and in April 1922 formed the 1st Olney Cub Pack and subsequently was Scout Master of the 1st Olney Scout Troop from 1924 to 1926 (see below, photograph of the troop).

John met Olive Trimmer and in 1924 they became engaged. It was a four year engagement as they did not marry until 1928. The photograph of John was taken in 1926, whilst that of Olive was taken in 1929. 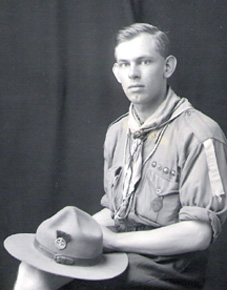 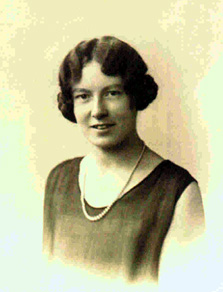 Details of their wedding, together with a photograph were printed in the Northampton Independent. In those days such reports contained a complete list of wedding presents, together with the names of the donors! 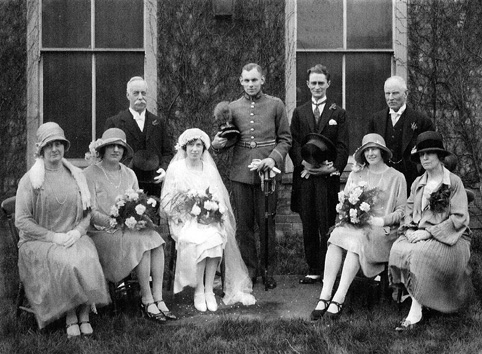 In 1926, two years after their engagement, John entered the Equipment Branch of the RAF and trained at Cranwell and Henlow. After their wedding he was posted to Iraq. Wives were not allowed to go there with their husbands, so Olive lived with her mother-in-law, her own mother having died just after her engagement to John. Later, she went with him to Khartoum in the Sudan and Cairo in Egypt. There they had an opportunity to meet Howard Carter, finder of the tomb of Tutankhamen. They were thrilled when he showed them some of the treasures that he had found. Later, they moved back to various postings in the UK. John’s war years were spent in the Mediterranean and North Africa serving with the HQ Staff of Mediterranean Air Command. In 1951 he was promoted to Acting Air Commodore and awarded the CBE in the New Year’s Honours List in 1957. 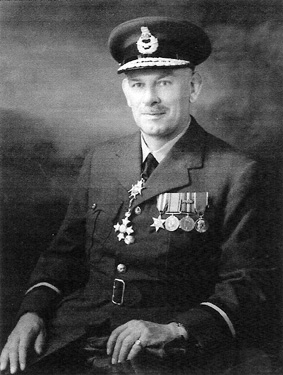 After his retirement from the RAF, John continued to be actively involved with the Scout Movement. In 1955 he was appointed Scout Chief Commissioner, Bedfordshire, which was a considerable promotion from his leadership of the Olney scouts in 1926. 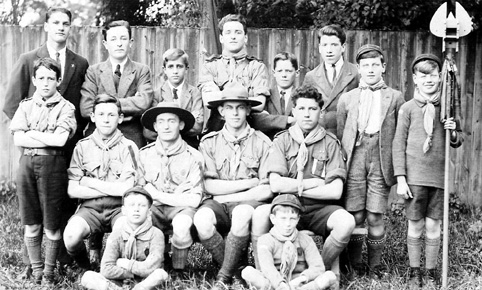 To date, there is not much information on Ronnie, as he was known, the elder son of Edwin Sowman. He was born in 1900 and died in 1967 following a surgical operation from which he did not recover. He worked as a sales representative for Sowmans, the family firm, and was probably the last Sowman to work in the business. 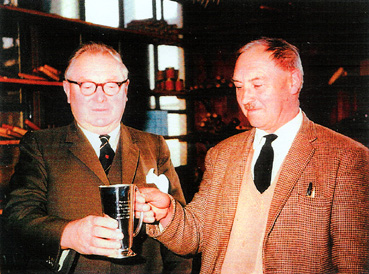 Ronnie Sowman, on left, presenting a tankard to Ken Nelson

Muriel was the elder daughter of Edwin Sowman. She was born in 1901, never married and died in 1996. 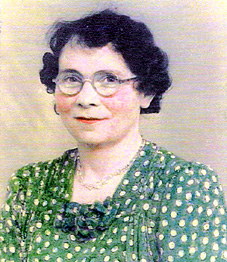 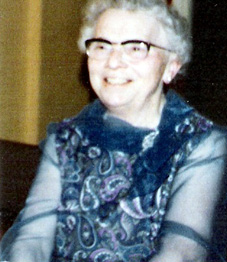 Muriel Sowman in her middle and later years

The following paragraphs on the Cowper School were written by Muriel in her later years:

‘The Cowper School, run by Mr and Mrs Thomas Wright’

‘I started at my uncle’s school when I was seven, my mother taught me to read beforehand – my two brothers and sister all started there. They took boarders as well. There was a French master and a music mistress.
My father used to give magic lantern entertainments at the school. I have the magic lantern still – he made up a tale for each slide as he did it, and used a gramophone as well to provide old-fashioned entertainment.
Mother used to come over from Bedford when my aunt had her babies to help teach whilst my aunt was ‘incapacitated’ – and it was through giving these lantern entertainments that father and mother met. They married in 1899 after a year’s engagement.’
A further insight into the relationship between the Sowman family and Thomas Wright is given a little later in this article.
A summary of the obituary of Muriel Catherine Susannah Sowman follows, taken from the ‘Citizen’ newspaper dated 16th May 1996:
Muriel died in 1996 at the age of 95. She was the daughter of Edwin Sowman, one of the founders of J W & E Sowman Ltd, and one of the town’s best known and respected inhabitants. She was also the niece of Thomas Wright, the local schoolmaster and supporter of the Cowper and Newton Museum. Muriel attended and was later assistant at Mr Wright’s Cowper School. She worked voluntarily for the St John and Red Cross organisation in both the First and Second World Wars. The greater part of her life was spent in Colchester House in the High Street, from where she gave strong support to the museum, the Floral Fiesta and Cobb’s Surgery. She was a regular and devoted attendee at St Peter and St Paul Church. It is for her willing acceptance of local duty and the cheerfulness with which this was always performed throughout a very long life that Miss Muriel Sowman will be remembered in Olney.

Margaret Elizabeth was the younger daughter of Edwin Sowman. Born in 1907, she was better known as Betty. 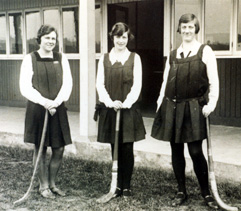 Betty, on left, with school friends 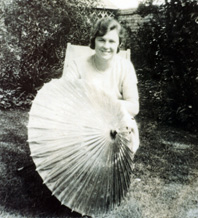 Betty on her 21st Birthday 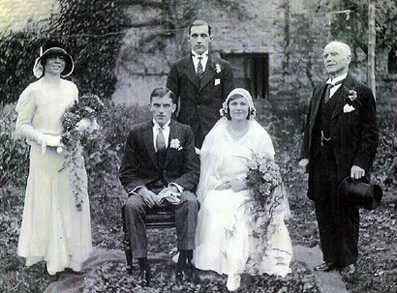 Betty married Ken Fairey, a farmer, in November 1930 and started their married life at Waterfield Farm, Cold Brafield. Later, after the death of Ken’s brother Harold, they moved into his farm (Manor Farm) at Emberton. In 1958 they had a house built in one of the paddocks. Betty and Ken had four daughters, Elaine, Pam, Carol and Christine. Betty died in 1998.The ODHS wishes to thank Carol Boyd who provided much of the material and photographs for Edwin Sowman’s family.

Visit the next page – The Cowper School