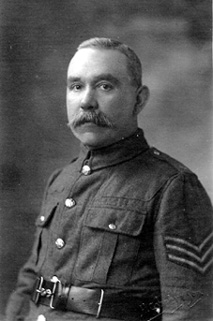 The following text has been extracted and developed from Joan Jones’s book ‘Images of England – Around Olney’:

In 1888 Messrs ].W. & E. Sowman Ltd moved their business from Colchester to Olney and Albert Wiffen came with them as workshop manager and held that position until he retired in 1930, witnessing the growth of the business as it served the agricultural interests of Olney and the surrounding district.

Albert John Wiffen took an active and prominent part in the life of the town. He gave long and valued service to the Olney Volunteer Fire Brigade. In 1926 the Olney Fire Brigade was near collapse and in need of new equipment. The captain and ten of the fourteen firemen had resigned. Albert Wiffen agreed to take over the captaincy for at least twelve months as an honorary post and during the following years he guided the Olney Fire Brigade back to being a solid, viable service to the town and neighbouring villages.

Albert Wiffen was elected to the Parish Council on 21 April 1913 and was chairman from 1934-1937. He was a member and subsequently Chairman of the Burial Ground Committee when notice was served by the Ministry of Health in June 1926 that the churchyard was full, and the suggestion was made that Olney Parish Council provide a burial ground. Cherry Orchard was purchased for £480 10s 0d from Mr Gudgin, and Albert Wiffen guided the Council on the layout of the cemetery including the commissioning of the beautiful lych-gate at the entrance. 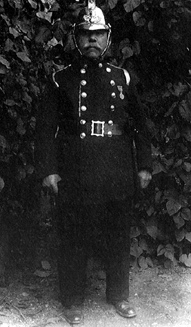 He was a regular worshipper at the Sutcliff Baptist Church and though not on the membership roll, served that church as a trustee. He was a member of the Baptist Church Choir and had been connected with the Male Voice Choir and the Orchestral Society. Just before he died he gave the Baptist Church a piece of land which enabled the church authorities to build a main entrance from the High Street. He officially opened the new entrance doors, and by a strange decree of divine providence, his was the first funeral procession to pass through the doors after they were officially opened.

He was also a member of the town’s Educational Foundation, Chairman of the Olney Feoffee Charity, vice-president of the St John Ambulance Division, Chairman of the Hospital Week Committee and a Governor of Northampton Hospital.In 1936 he was living with his wife, Kate Mary, at 6 Midland Road. 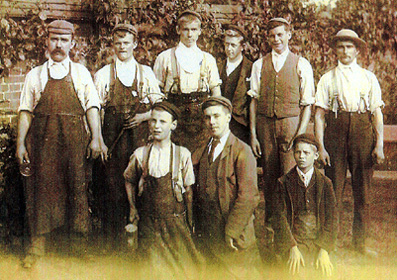 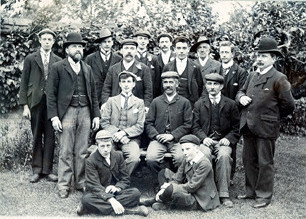 Visit the next page – Dinners, visits and shows