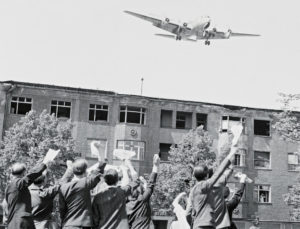 The contents of this section are :

After 14 years food rationing came to an end on 4 July 1954 when restrictions on the sale and purchase of meat and bacon were lifted. 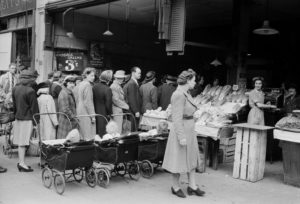 Typical queues in London for food during the 1940s 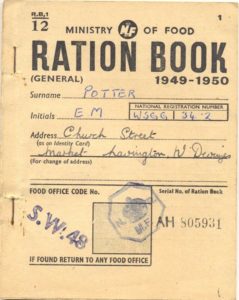 This act involved a thorough recasting of the educational system. 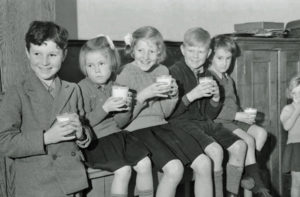 The National Health Service was launched by Aneurin Bevan on 5 July 1948 ‘to meet the needs of everyone and to be free at the point of delivery’.

The ‘Cold War’ started in 1947 shortly after the end of the Second World War and lasted until the dissolution of the Soviet Union in December  1991.

Like the rest of the UK population, the residents of Olney were invariably made aware by the media of the status and threats that the continuation of the Cold War imposed on people’s general well being. In this regard it is important that we remind ourselves of some of the situations that the residents of Olney had to contend with whilst attending to their everyday business during difficult economic times.

After World War II, the United States and the Soviet Union were the world’s strongest nations. They were called superpowers. They had different ideas about economics and government. They fought a war of ideas called the Cold War. The Soviet Union was a communist country. In communism,the government controls production and resources. It decides where people live and work. The United States is a capitalist country. In capitalism, people and businesses control the production of goods. People decide where they live and work. 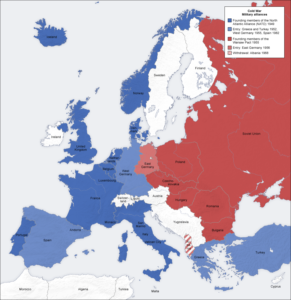 Winston Churchill had been the Prime Minister of Great Britain during World War II. Churchill was staunchly anti-Nazi but also staunchly anti-communist. Even before the war ended, he was extremely concerned about Soviet expansion and aggression in Europe. He was right to be concerned. Through a variety of tactics, the Soviet Union was able to export its brand of communism throughout Eastern Europe. Countries like Poland, East Germany, Bulgaria, Romania, and others were more or less controlled by the Soviet Union. In May 1946, Churchill delivered a famous speech at Westminster College in Missouri. He had recently been defeated in his re-election bid, but he nonetheless continued to warn of the dangers of communism. Speaking to the crowd, Churchill warned: ‘From Stettin in the Baltic to Trieste in the Adriatic, an iron curtain has descended across the continent.’ His use of the term ‘iron curtain’ stuck, and since then has taken on a profound symbolic meaning. We should understand one thing: the term ‘iron curtain’ itself had been used throughout history in various contexts. But, it was Winston Churchill who coined the term in reference to the Soviet Union and its allies. 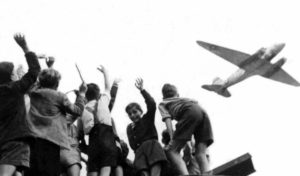 In June 1948, the Soviet Union blocked roads and railroads that led to West Berlin. The United States, Great Britain, and France flew in massive quantities of supplies to sustain West Berlin’s two million citizens. This tremendous operation became known as the Berlin Airlift. On May 12, 1949, this crisis came to an end when the Soviet Union lifted its 11-month blockade against West Berlin. 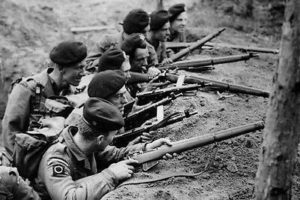 British troops during the Korean War 1951

In the 1950s the United States (including the UK) and the Soviet Union became involved in a nuclear arms race, which became headline news  whenever an advanced nuclear bomb or the means of delivering it was announced to the media. This prospect of a nuclear war was the predominant fear of the people of all nations at this time. This fear was very real should not be underestimated of trivialised. 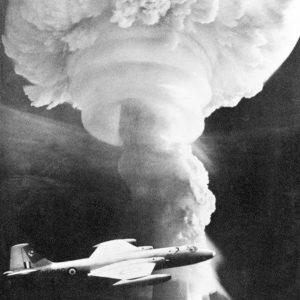 In 1959, Cuba became a communist country and agreed with Russia that they could site nuclear missiles there. On October 14, a U-2 spy plane overflight confirmed the presence of Soviet missiles on Cuba. For thirteen days, October 16 – 28, 1962, the U.S. and Soviet Union faced each other down in a confrontation that would be the closest the world came to nuclear annihilation during the Cold War. This conflict became known as the Cuban Missile Crisis. 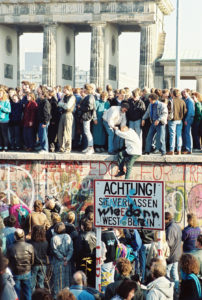 The fall of the Berlin Wall

The destruction of the Berlin Wall on 9th November 1989 symbolised the end of the ‘iron curtain’ and lasted until the dissolution of the Soviet Union in December  1991.

The first section of the M1 Motorway was opened on 2nd November 1959.

The Suez Crisis, international crisis in the Middle East, was precipitated on July 26, 1956.

On 30 October 1956, Gamal Abdel Nasser firmly shrugged a British and French ultimatum for an end to hostilities that had started almost a week earlier when Anthony Eden got the approval of his cabinet to start a military operation against Egypt for having nationalised the Suez Canal on 26 July. The French-British ultimatum was tabled less than 24 hours after Israeli forces invaded Sinai in what announced the beginning of the Tripartite War that was the climax of the Suez Crisis.

The ODHS wishes to acknowledge the images on this particular web page from many different sources and ‘borrowed’ from Google Images to illustrate text for which the ODHS could not be expected to possess in its archive.