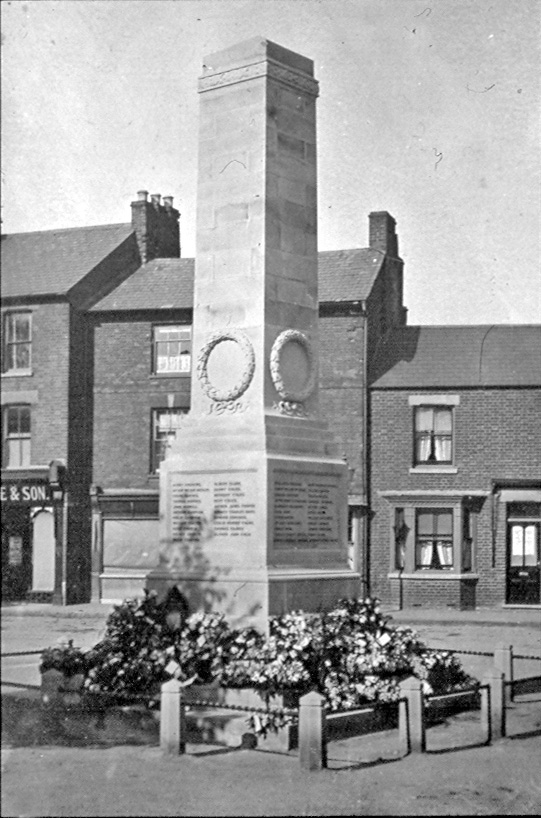 This article presents details of the men from Olney who lost their lives during the First and Second World Wars whilst serving in the Armed Services and are recorded on the Olney War Memorial.

Details of those men from Olney who lost their lives during First World War can be found via the link ‘Roll of Honour for Olney, Buckinghamshire‘ . The presentation was compiled by Martin Edwards, to whom the ODHS are indebted and pleased to acknowledge for his excellent work and presentation.

Details of those men from Olney who lost their lives during the Second World War can be found via the following link to the document ‘The Names on the Olney War Memorial 1939 – 1945′  compiled by Alec Morgan. We are of course indebted to Alec for compiling such a worthwhttps://www.mkheritage.org.uk/odhs-files/warmemframe.htmlhile document in 1993; also to Colin Mackenzie for his keen interest in researching the background information and for the addition of the subsequent enhancements in 2005.

The aim of this section is to display related additional information, such as the Service Records and personal data for the service men listed on Olney’s War Memorial, or for other servicemen whose war service is of general interest and not covered elsewhere on this site.

Alfred Charles Millward (1876 – 1916) was employed in Olney as a Shoe Laster.
He married Lizzie (Eliza) Wooding (1898) and they had five children.
Alfred Charles was a World War 1 casualty and  died 15th September 1916 during the Battle of the Somme.

Paul Wilson, a great nephew of Peter Hooton, has kindly provided the ODHS with Peter’s Army Records to enhance Peter Hooton’s entry on the above link.

In short, Peter joined the Territorial Army aged 17, then joined the First Battalion Oxford and Bucks Light Infantry (1 Bn OBLI) on 6th October 1943 for Home Service. He was then sent to join X11 Division in the NWE theatre on 19th August 1944. The Battalion took part in the ground operation in support of the airborne corridor to Arnhem.

It appears that he was wounded shortly after joining this Division, as he is recorded as receiving a gunshot wound to his right lower back. The records then show him back in the 1 Bn OBLI on 23rd September 1944 until he was killed a few months later aged just 19.

Click here for link to for more information and Peter’s Army Records. 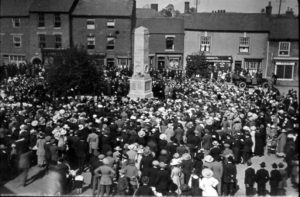 Large crowd gathered for the unveiling of the War Memorial – Sunday, May 1st, 1921
Click image for enlarged view 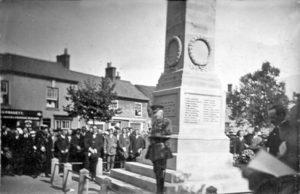 John Field has kindly provided the ODHS with the following First World War army records for his grandfather Harry Field.

Although obviously not relevant to the War Memorial, Harry’s records are considered to be of general interest and are included in this section as they are not covered elsewhere on this website.

In short, Harry was not fatally injured during the  war but he was seriously injured  and taken prisoner by the Germans on 21st March 1918. He was serving as a 2nd Lieutenant with the 30th Machine Gun Corps, 21st Brigade, 30th Division near St Quentin in France.

Click here for link to for more information and Harry’s Army Records.