The illustrations are of a two-page letter, beautifully written, but are in a somewhat charred and dilapidated state. The letter sets out the betting procedure and the logistics for a ‘pigeon fly match’ on 27th January 1873 between Thomas Garrott and Walter Brown of Northampton from Olney Railway Station to, presumably, their home addresses in Northampton.

Ron Bennett from Hardingstone has kindly donated the letter to the Olney and District Historical Society. Ron is a member of the Northampton Town and District (Pigeon) Flying Club. 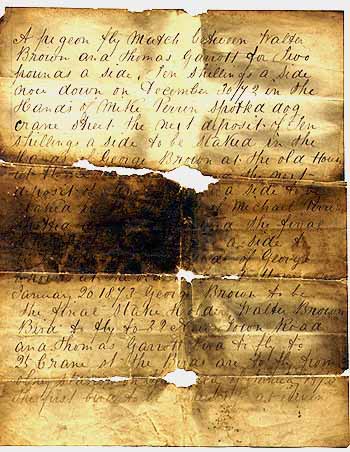 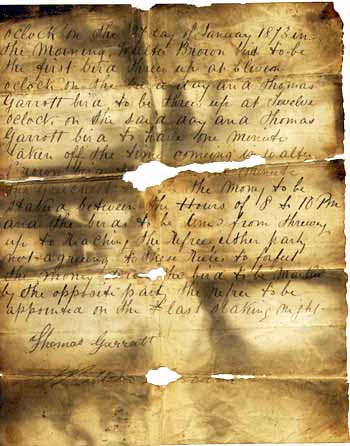 A man handed Ron the letter about ten years ago. The man said he knew that Ron was interested in pigeons and thought the content would interest him. The man had recovered the letter from a chimney-stack of a house that he had recently demolished. Unfortunately, Ron did not recognise the man who handed him the letter and has not seen him since.

The two Northampton public houses mentioned in the letter no longer exist. It is believed that the Spotted Dog was situated near the bottom of Grafton Street and the Old House at Home in Wellingborough Road not far from Abington Park. It is interesting to note that the Northampton-Olney-Bedford railway line was only opened in 1872.

A ‘best attempt’ transcript of the letter follows: