The ODHS wishes to express its grateful thanks to Daniela Deighton who kindly supplied the text and family photographs for this article. Daniela’s work is an excellent example of how family histories can be researched and presented using the various resources now generally available (including, when researching earlier Olney residents, the family history data on this website). Incidentally, many locals ‘of long standing’ might just remember Ruffhead’s shoe shop at No. 23 High Street; it was certainly there after WW2.

Where to begin, well not quite at the beginning yet, but with me, Daniela Deighton (nee Ruffhead), born in Caterham, Surrey in 1962. When I began my search on the Ruffhead family a mystery first needed to be solved: Who was my great grandmother? Rumour persisted she was an unmarried school teacher who fell pregnant during a relationship with the married headmaster! The result of their illicit liaison was my grandfather Frank Ruffhead, born in 1911. Thankfully with the release of the 1911 Census I was able to investigate this rumour and also to trace my Ruffhead lineage back a further three generations to William Ruffhead, so that’s where my story will now begin. 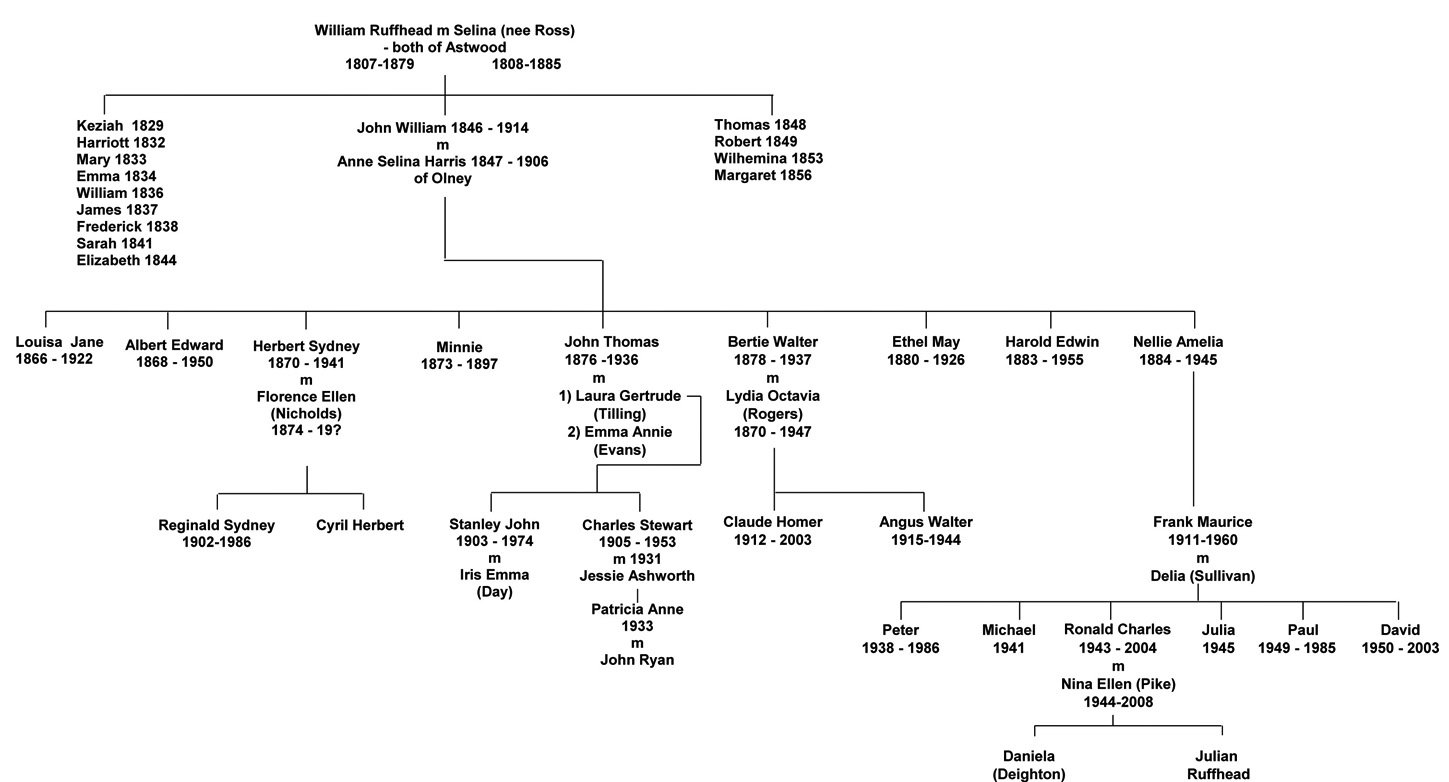 William Ruffhead is my ‘three times’ great grandfather and he, like his siblings, hails from Astwood. William married Selina Ross, a local girl and they in time produced 14 children of their own. It was into the boot and shoe trade that the menfolk took to and by now this Ruffhead family had settled in Olney.

One of his sons, John William, ran the shoe shop at 62 High Street up until his passing in 1914. His wife Annie Selina Harris predeceased him (1906), as did one daughter, Minnie (1897). Now this neatly brings me back to the 1911 census and the identity of my great granny, Nellie Amelia Ruffhead (born 1884), who was one of John William’s nine children. Her occupation was nursery governess (not so far distant from a school teacher), she was unmarried and living with baby Frank with her elder brother John Thomas and family in Coulsdon, Surrey. So now armed with what I needed, I was able to travel back in time to William and then forward again to the Ruffheads of Olney. 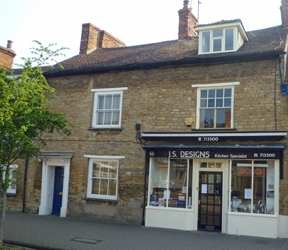 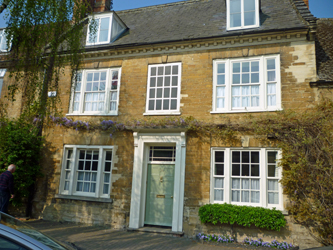 This leads us to the descendants of Herbert, John, Bertie and my Nellie (Minnie died as an unmarried youngster in 1897 aged 24). Herbert moved away to Essex, where he married and raised two boys. John, as we have already seen, had relocated to Surrey (around 1900), living with his first wife Laura Tilling and two boys Stanley (b.1903) and Charles (b.1905). Sadly Laura died in childbirth leaving John with two baby sons to raise.

Both boys were sent away to live for a short time before his subsequent re-marriage. Stanley was sent to live with his paternal grandfather John William in Olney where he attended school between 1907 and 1911. He remained in Olney after his grandfather’s death, being raised by his uncles Albert and Harry and one of the sisters. Stanley was to be eventually apprenticed into the shoe trade and worked with both uncles and at some point they were all employed at the Bozeat boot factory. He later returned to Surrey where he ran his own shoe and repair shop up until his death in 1974. He was married to Iris Day in 1940 but they had no children.

The younger brother Charles initially lived with a vicar and his family in Brighton, Sussex before returning to John and his second wife Emma Annie Evans in Coulsdon around 1910. He remained in Surrey, marrying Jessie Ashworth in 1931, fathering a daughter Patricia in 1933.

We now come to Bertie, and in some respects the more interesting side of the family group. He worked as a clerk in Olney and married into a well respected surgeon’s family, William Rogers, who was the surgeon general for the LWR at Wolverton Station. Bertie married William’s eighth daughter (of nine) Lydia Octavia in 1907. They settled in The Cottage, Church Street, Olney and had two sons, Claude Homer (b.1912) and Angus Walter (b.1915).

THE FAMILY HOME OF BERTIE AND LYDIA 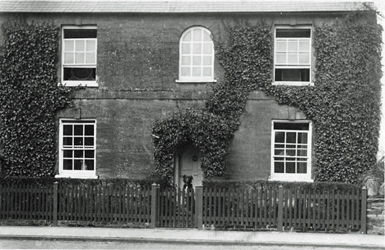 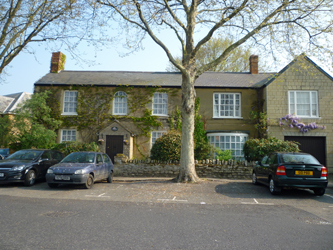 Bertie served as a private soldier with the 2nd Battalion the Border Regiment in France and Italy during the Great War. The Cottage in Church Street remained in the family up until the time Claude sold it in the 1950’s,after Bertie, Lydia and Angus had died. The family, particularly Lydia were involved in many Olney community events throughout their lives. 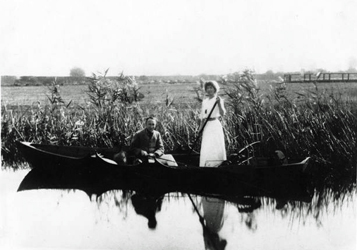 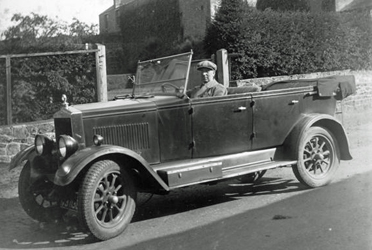 Claude attended the local primary school between 1917 and 1919 and went onto Bedford School (as did younger brother Angus) before becoming a qualified solicitor at outbreak of the second world war. He then enlisted in the Territorial Army as a second-lieutenant in the Royal Engineers before transferring to the Royal Artillery, where he served with AA Command, even spending time in the company of Winston himself (!) while at Bentley Priory. He settled down as a solicitor at the war’s end, chiefly living in London, continuing in his role as TA officer until retiring as an honorary major in the 1960’s.He retired as a solicitor to Herefordshire in the early 1970’s, passing away peacefully in 2003. He was unmarried. 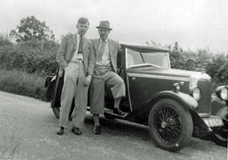 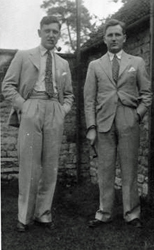 The younger brother Angus first came to light in Alec Morgan’s book providing some personal details to the names on the Olney War Memorial. As you can guess he did not enjoy quite such a happy ending. I found a wonderful picture and tribute to him in the memorial book which commemorates the fallen of Olney. This picture simply stunned me as there was such an uncanny likeness to my Ruffhead family, and in particular my own father Ronald Charles.

Angus had joined the RAF at the start of the war (previously working locally as a bank clerk) and was commissioned as a fighter pilot, serving in both the Middle East and at home, latterly flying Hurricanes out of Detling with 184 Squadron. The object of these flights with 184 Squadron was both to attack enemy shipping and destroy V1 launch sites (at the time very much still a secret). It was during one of these missions that Angus sadly gave his life, being shot down over Le Touquet, France on the 6 January 1944, he was 29. He is buried in the Boulogne Eastern Cemetery and remembered on the Olney War Memorial. For this final mission he was mentioned in despatches.

5th January 1944 – Eight aircraft led by F/Lt Ruffhead, airborne at 14.05 hrs, to attack Noball target No. 40 with 8 x 60lb RP’s. Rendevous with eight Typhoons of 181 Squadron, 10 miles SW of Berk OK. Eight aircraft attacked and hits of 6 were seen in the target area. Two of 181’s fighter Typhoons escorted the Squadron back. Flak (light) again from target area, but it was inaccurate and no aircraft were hit. Landed 15.30 hrs.

6th January 1944 – Four (Hurricane IV’s) aircraft led by F/Lt Ruffhead, airborne at 13.50 hrs, to carry out Rhubarb attack on Noball target No. 54 with 8 x 60lb RP’s. Sections made landfall at Le Touquet and leader orbited 360 degrees to enter coast 2 miles north of Le Touquet peninsular. They were met by an intense barrage of accurate light flak, 20mm and 40mm. F/Lt Ruffhead was hit directly and was seen by P/O Carr and W/O Sellors to dive straight into the sand dunes in flames. 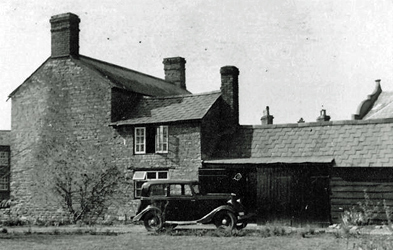 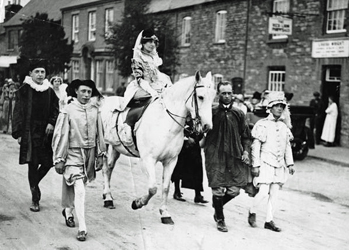 Lydia on horse at an Olney Pageant

Now to my own line and the descendants of the youngest child Nellie. After being taken in by her brother John and giving birth to Grandad Frank, she left Surrey to work elsewhere and indeed returned to Olney, where she lived with her brothers Albert and Harry at 23 High Street. Frank was sent to Bisley school in Surrey and it remains unknown whether he had any further contact with his mum, or indeed knew any of the other Olney Ruffheads. Did Nellie know about his own marriage and her six grandchildren? We may never know. 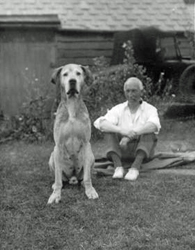 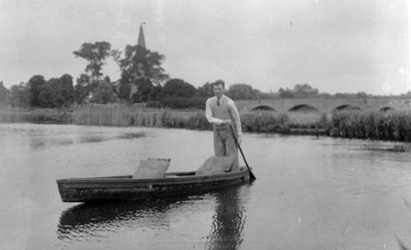 Claude on the River Ouse at Olney

In June 2010 my uncle, Michael Ruffhead, and I travelled to Olney to sample the place of our origin and piece together more about the family. We spoke to many local residents who were both friendly and genuinely interested in our story. A phone call to the helpful local vicar enabled us to locate the final resting places in St. Peter’s and St. Paul’s churchyard of John William, who is buried with his daughter Louisa and also his wife Annie Selina, who is buried with another daughter, Minnie. We took some photo’s of the lovely church and nearby river. In the municipal cemetery we were also to find the graves of both Bertie (died 1937) and Herbert (died 1941). However, the other siblings, including great granny Nellie, were not discovered.

We were able to photograph various Ruffhead residences and the ever so obliging owner of ‘The Cottage’ allowed us to take a look inside. Before leaving we enjoyed some refreshments at ‘The Bull’, where we were able to talk to long time local inhabitant Peter Tunn. Peter was a mine of information and he particularly remembered both Claude and Angus, as his father used to service the family car! He recalled Claude being the quiet one and Angus as the gutsy one! We also attended an Olney & District Historical Society monthly talk and listened in rapture to the fascinating talk about Sir Frank Markham given by his daughter.

In September 2010 I was able to move the research on both Claude and Angus up a notch by visiting Claude’s old home in Herefordshire, collecting a large number of family photographs which a neighbour and friend had retained for safekeeping. Imagine my joy at finding pictures that predated the 20th century and of the boys both as children in Olney and during their wartime service. As I finish this account it is clear to me that this is not the end of the tale of the Ruffheads of Olney but merely the end of the beginning.