The firm was taken over in 1962 by Burgess’s who continued to run the business until 1984 when it finally closed. Photographs of the shop frontage in the Burgess era are difficult to find; that below shows the motor showroom, next to the Cowper and Newton Museum, displaying the Burgess sign. 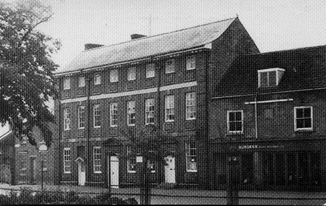 Later, the former ironmongery premises (No. 33) were occupied by ‘The Olney Saddlery’ for around twenty years. In 2006 it became ‘Derby House’, but the Sowman name remains on display in a floor mosaic in the shop entrance, as seen below. 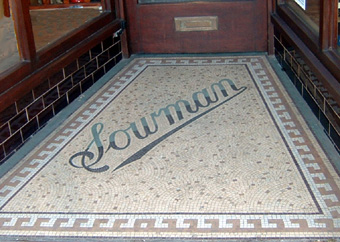 Over the past hundred years the methods of transportation and the goods for sale in the shops have changed, as have the shop fronts, but the structure of the Sowman properties remains as it was then and is still clearly visible in the relatively recent photograph below. 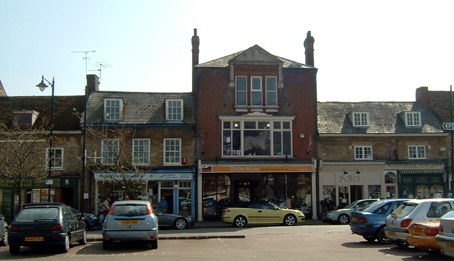 Visit the next page – Introduction to Part 2