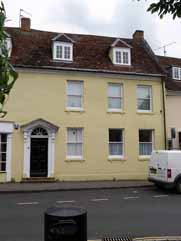 No 22 Market Place, 2012
Click on image to enter ODHS Buildings Database for this property

Number 22 Market Place has always been a private residence, and presumably was originally a perfectly proportioned house. The shop frontage was added and became part of Number 21. As a private residence it is difficult to trace occupiers, but a young Church of England clergyman, William Pawnall and his wife and mother appear to have lived there in 1841.

Daniel and Frances Garner moved in in 1881. In 1886 and 1891, Daniel and Fanny Garner, the parents of Joseph Garner are recorded as residing at Number 22. In the 1910 Inland Revenue Survey Jos Garner is recorded as the owner and Frank Abraham as a tenant, whereas the 1911 Census lists Frank Allabarton, a brewers traveller, and his family residing there. In fact, the property was let to the Allabartons in 1911 and later to Mr and Mrs Skevington in 1916. 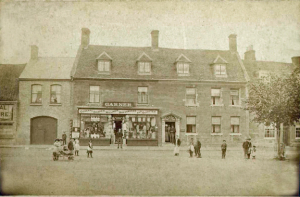 Joseph and Kate Garner moved in (from No. 21A) in 1924. The 1936 Register of Electors confirms Joseph and Katie Garner as residing there. Kate Garner lived in the house alone until their son Tom Garner moved there in 1949. Again, the 1951 Register of Electors confirms Thomas Heyfield Garner residing at Number 22. Also living there in 1951 was Ena Baxter (Housekeeper). Garners sold the house in 1963.

The full history of Joseph Garner’s drapery business is described in a separate article on this website (see link below). The business and living accommodation eventually spanned from Number 20 to 22 Market Place. 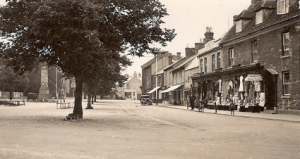 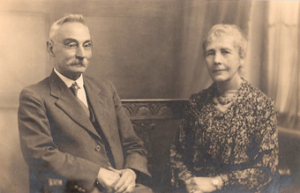