A TOUR OF OLNEY MARKET PLACE – NUMBER 8 THE BULL HOTEL 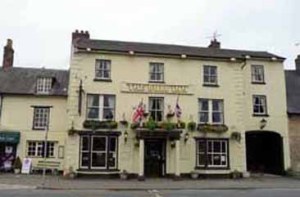 No. 8 Market Place, The Bull Hotel, 2012
Click on image to enter ODHS Buildings Database for this property

Number 8 Market Place is the Bull Hotel and was once an important coaching inn and stopping place for the ‘Beehive Coach’ which ran between Wellingborough and London.

Before Olney’s Railway Station was built in 1872, an omnibus ran daily between Bedford and Wolverton Station. When the rail passenger service was opened, a Conveyance ran from the Bull Hotel to the Station to meet every train.

The Bull was also used as a meeting place for Dinners and Auctions. The Inland Revenue even had an office here in 1883!

The 1891 Census confirms that Jane M Cooper was the proprietress in that year. The 1910 Inland Revenue Survey records Hipwell & Co. as the owner and confirms S. York as the tenant; the 1911 Census also cites Susannah York as the Hotel Manager. 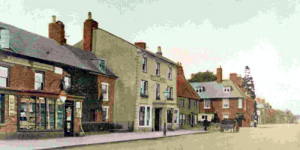 The Bull Hotel 1900s with, probably, the ‘Station Conveyance’ outside 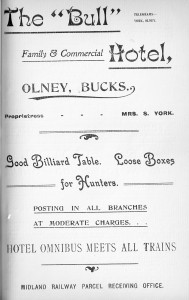 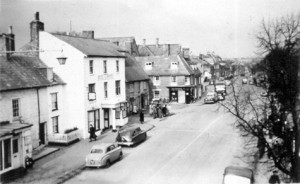 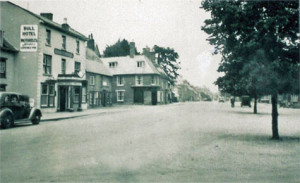 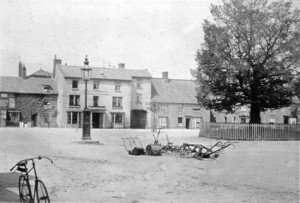