A stroll down Station Road, from the end of the High Street to the Railway.

Please note: Dates given refer to the date of the original postcard (if used), which could be years after the photograph was originally taken. All the modern views were taken in January 2006. 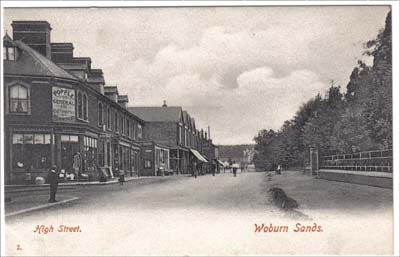 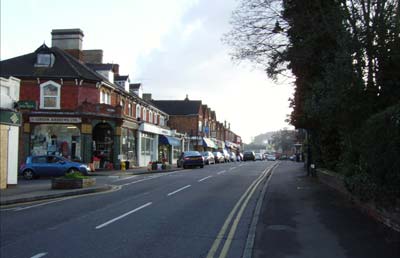 Before starting down Station Road, look behind you back into the High Street, with Popple’s Ironmongers on the left, a premises in the same trade today, at the entrance to Russell Street. 1904. 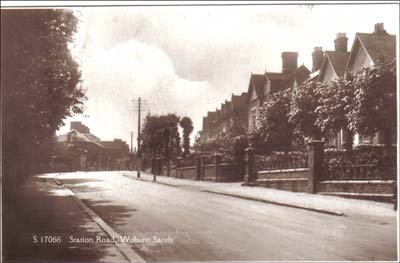 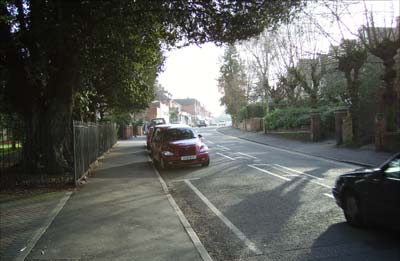 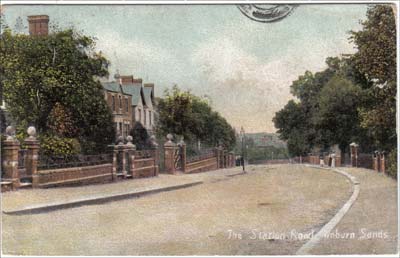 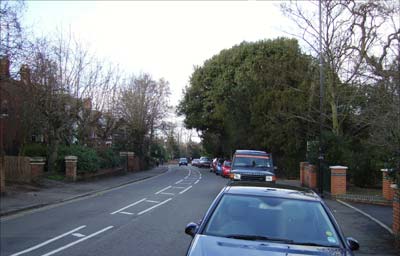 Station Road stretches away, in 1907. 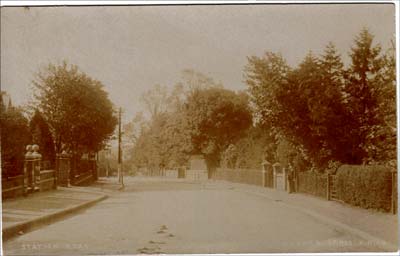 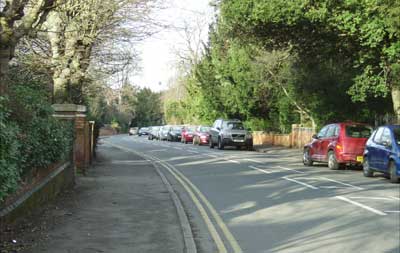 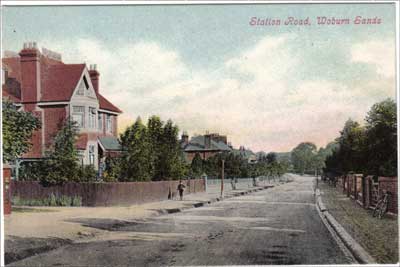 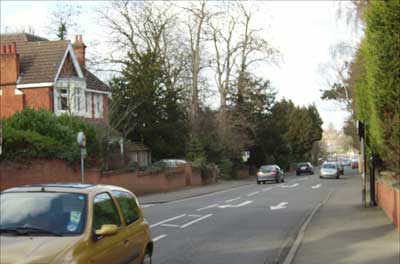 The entrance to Theydon Avenue to the left, with Avenue Lodge on the corner. c.1906. 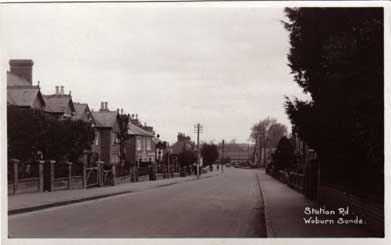 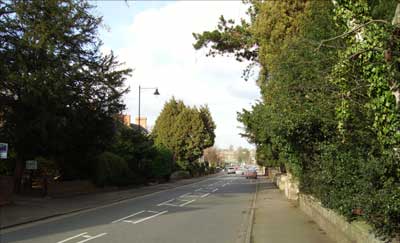 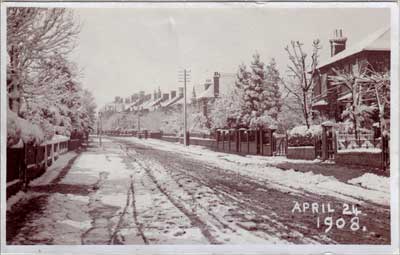 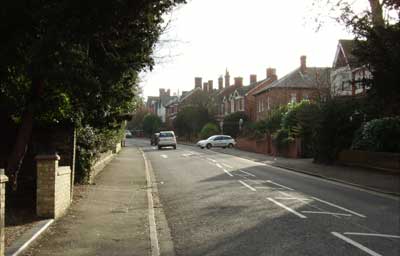 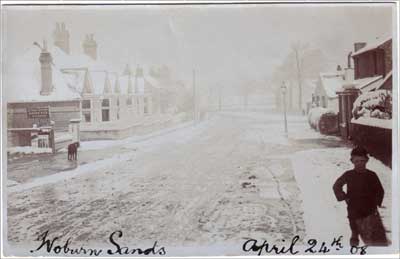 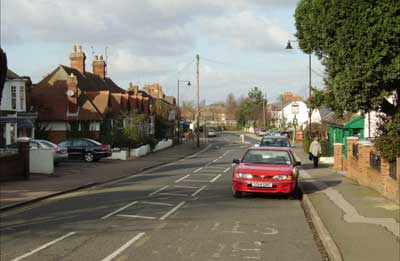 Looking down to the Almshouses on the left, the same snowfall in 1908. 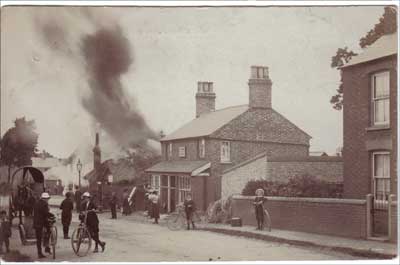 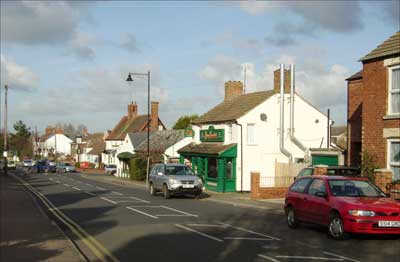 The “Cyclists Rest”, on the corner of Station Road and Weathercock Lane, burning to the ground, after sparks from a steam lorry caught in the thatch. 1906. 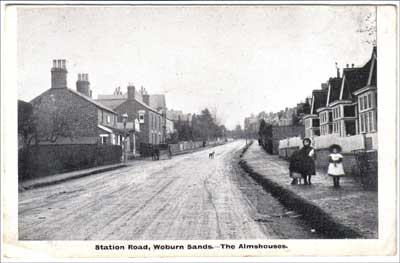 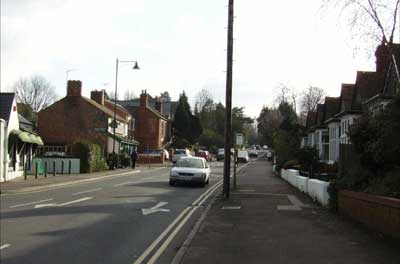 Behind you, The Almshouses, started by Frederick Down in 1902, and completed after his death by William Needham. c.1904. 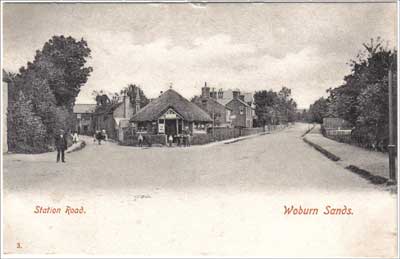 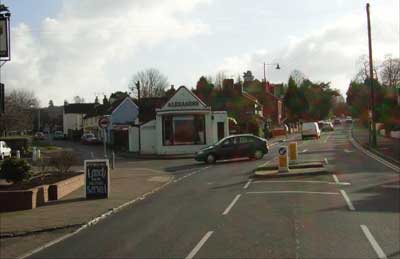 The “Cyclists Rest” before the fire, in 1904, with Weathercock Lane to the left. 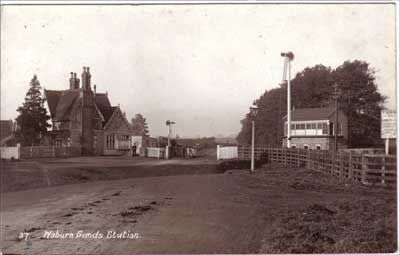 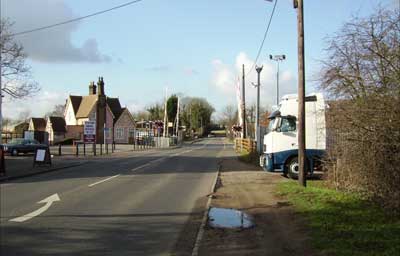 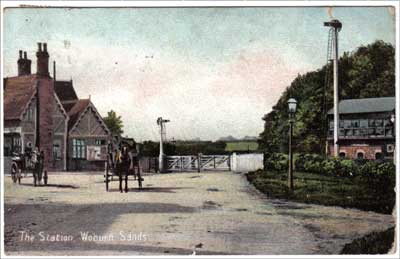 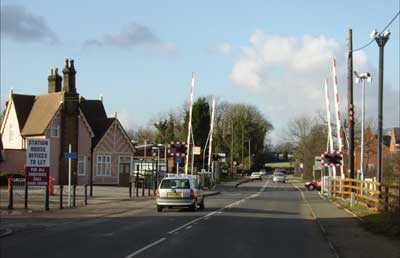 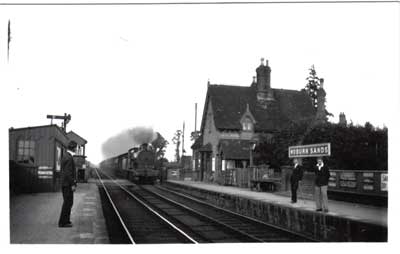 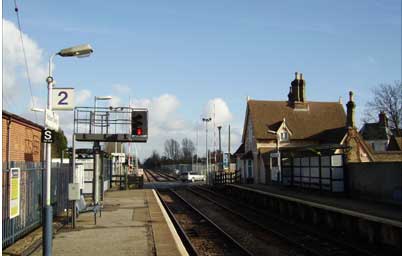 Camera more interesting than the train? Sometime in the 1920’s. (From a reproduction card) 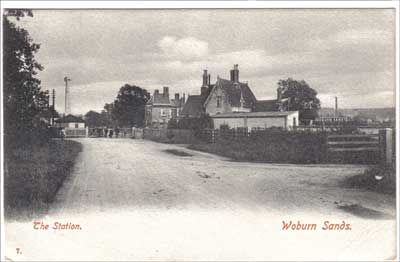 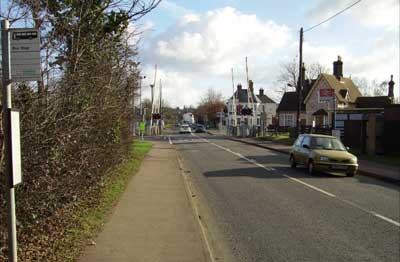 Having gone through the crossing, look back at the Station. Entrance to The Woburn Sands Gas and Coke Works on the right. c.1904.