The links from the Pubs & Inns tab above leads to some histories of local inns and public houses in Woburn Sands, Wavendon, Aspley Heath, Aspley Guise and one for Fenny Stratford.

Growing up in a pub myself, the history of the buildings, businesses and families that ran them has always interested me.  The continuity of the inn sign, often in use for centuries, gives a real connection to the past.  It’s in the walls and the very fabric of the places…

Generations of local people gathered together, somewhere warm and welcoming, to share a drink and a conversation in times when there were no alternative leisure activities for 95% of the population. Public houses existed before there were parish public halls and recreation grounds. The working week was long and hard, and Sunday’s were mostly reserved for church.  Sadly, some have now gone, and a few of the buildings have even been removed completely, as social tastes change.

Beer was actually considered safer than water to drink and public houses were the local centre for learning news, finding a tradesman, or buying from travelling businesses.  A successful inn-keeper was seen as an important figure in his local community, and often had a second business to run alongside his pub or inn.

This changed significantly when the big breweries began to buy-up pubs and the smaller independent brewers from the 1950’s onward. Landlords were installed who were merely tenants or managers. Generally, tenants found that any success in the business was quickly seized upon by the brewery as a reason to hike up the rent, while managers on a flat wage had no interest in building up trade. Places that had been in family hands for several generations were now run by people who only stayed a few years.

Research has been made all the more difficult by the Beds. & Bucks. county border running through the area, as wall as the parish boundary changes when Woburn Sands itself was formed.  Some pubs seemed to have moved village!  I have tracked down what I can from records at both County Records’ Offices, the digitised newspapers and family history sources.

If you have any details I can add, or are descended from someone connected to these inns, please do contact me. 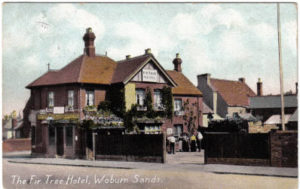 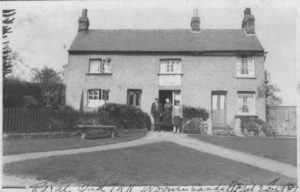 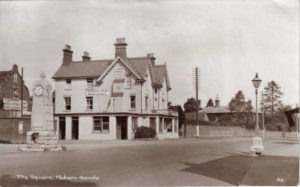 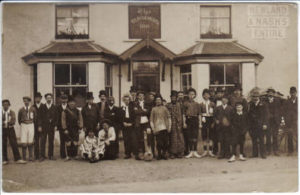