Aspley Guise, a parish village, is 3 miles north-west of Woburn, and 7 miles west of Ampthill, in the union of Woburn, diocese of Ely, and hundred of Manshead. The church is dedicated to St. Peter, and the Rev. John Vaux Moore, M.A., is rector, being in the gift of the Duke of Bedford, It comprises a nave, chancel, and a square embattled tower, and is a neat edifice. Beautiful new windows of stained glass, by those eminent artists Bailey and O’Connor, have been put in, at the expense of the present incumbent. This parish anciently belonged to the Guise or Gyse family, and John Guise, Esq., in 1540, exchanged with Henry VIII, his manor of Aspley for lands in Gloucestershire. The Wesleyan Methodists have a chapel here. There are two schools – a National and British. About 150 years since, there was an excellent classical school, of very considerable celebrity, but some years ago it gradually fell off, and the building is now made into shops. The population amounted in 1851, to 1302, being an increase of 163 since the previous census. Number of acres, 1950. A market was formerly held here on Fridays; and a fair at St. Botolph’s tide was granted to one of the Guises in 1267.
The beautiful village of Aspley Guise, appropriately styled “The Gem of Bedfordshire,” possesses a climate whose salubrity, if known, would gain for it the patronage of invalids gene­rally and consumptive patients in particular. This peculiarity of climate very much resembles that of the Undercliffe, Isle of Wight, and may be ascribed to its soil, which is of a sandy nature, acting as a percolator in the wet season (for, after long continued rain, all signs of it immediately disappear, and the surface of the ground becomes firm and dry), and in hot wea­ther possessing the twofold property, – first, of absorbing the heat by day, and secondly, of radiating it back again by night, thus diminishing those sudden transitions of temperature so extremely prejudicial to consumptive and other invalids. If proof be needed respecting Aspley and its climate, meteorological observations made on the spot may be quoted, in conjunction with the lengthened longevity of consumptive patients in this district when compared with other localities. 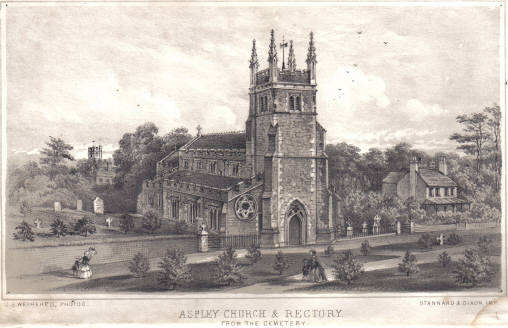 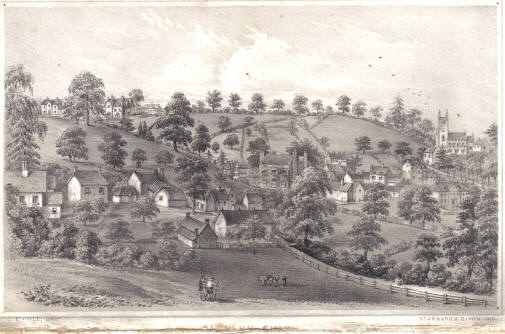