The Woburn Sands section of Kellys Trade Directory for 1928:

Woburn Sands is a parish on the road from Dunstable to Newport Pagnell. The ecclesiastical parish was formed in 1867, and comprises the civil parish of Aspley Heath and part of the parish of Aspley Guise. By Local Government Board Order, dated 27th December, 1906, that part of Wavendon formerly in this parish was detached from it. The old name for this place was Hogsty End. The parish is in the Buckingham division of the county, Woburn petty sessional division, Newport Pagnell union, Leighton Buzzard county court district, rural deanery of Fleete, archdeaconry of Bedford and diocese of St. Albans. The village has a station on the Bedford and Cambridge branch of the London, Midland and Scottish railway, 12 miles south-west from Bedford, 4 east from Bletchley, 2½ north-west from Woburn and 50 from London; it is 44 miles from London by road. Water and sewage works at Aspley Guise were opened on June 8th, 1911, by the Duke of Bedford K. G., K. B. E. The new reservoir at Bow Brickhill Heath will hold 380,000 gallons of water. The church of St. Michael, at Aspley Heath, erected in 1868 from designs by Mr. Henry Clutton, architect, is an edifice in the French Gothic style, and originally consisted of nave of five bays and a small circular western bell turret: in 1889 it was enlarged from designs by Sir Arthur Blomfield A. R. A., F. S. A. at a cost of £2,400, when the chancel was added and transept and organ chambers and vestries built on the north side: by the addition of a screen the north transept was converted in 1920 into a memorial chapel, where there is a brass to those who fell in the Great War: an oak pulpit with stone, base has been presented by Mr. and Mrs. Stuart in memory of four of their children, and an oak lectern by Miss F. A. Stuart in memory of Mrs. Nicholson: the stained east window was erected in 1889 as a memorial to Mr. W. H. Denison, for 21 years churchwarden, and there is another memorial window to Maud F. Stuart: the reredos, designed by Sir Arthur Blomfield A. R. A. was erected in 1896 as a memorial to Misses C. and E. Pain: the church affords 450 sittings. The register dates from the year 1867. The living is a vicarage, net yearly value £223, with residence, in the gift of the Bishop of St. Albans, and held since 1913 by the Rev. John Shelton, of Lichfield College. There are Wesleyan, Primitive Methodist and Baptist chapels and a Friends’ meeting house. The Village Institute, built in 1874 at a cost of about £800, stands near the centre of the parish; it has a library of upwards of 800 volumes, and is used for concerts and other village purposes. Six almshouses were erected by the late Frederick W. Down in 1902 for aged people of the parish. The Daneswood Jewish Sanatorium for Consumptives was opened on June 25th, 1903, and is pleasantly situated in the parish of Aspley Heath. The parish is particularly salubrious, being situated on the lower greensand formation, which here is a reddish-brown sand, and partly covered by pine woods. The area is 1,400 acres, including 600 acres for Aspley Heath; about 450 acres is woodland; rateable value, £7,457; the population in 1921 was 1,131 in the civil parish and 1,857 in the ecclesiastical parish, which extends into Bedfordshire.

Council School (mixed & infants), erected in 1868, at the cost of the 9th Duke of Bedford, for 260 children. In 1889 a new infants’ school, adjoining the old buildings, was built at the, cost of Francis, Duke of Bedford K. G. for 120 children. The mixed school was enlarged in 1897 at a cost of £1,110; the schools now hold 500 children; John Robert William Codd, master. Also an intermediate Evening school, held from September to March, & is now (1927) being attended by about 30 to 40 students; John Robert William Codd, principal. 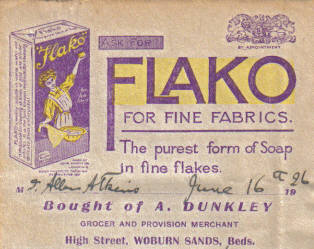